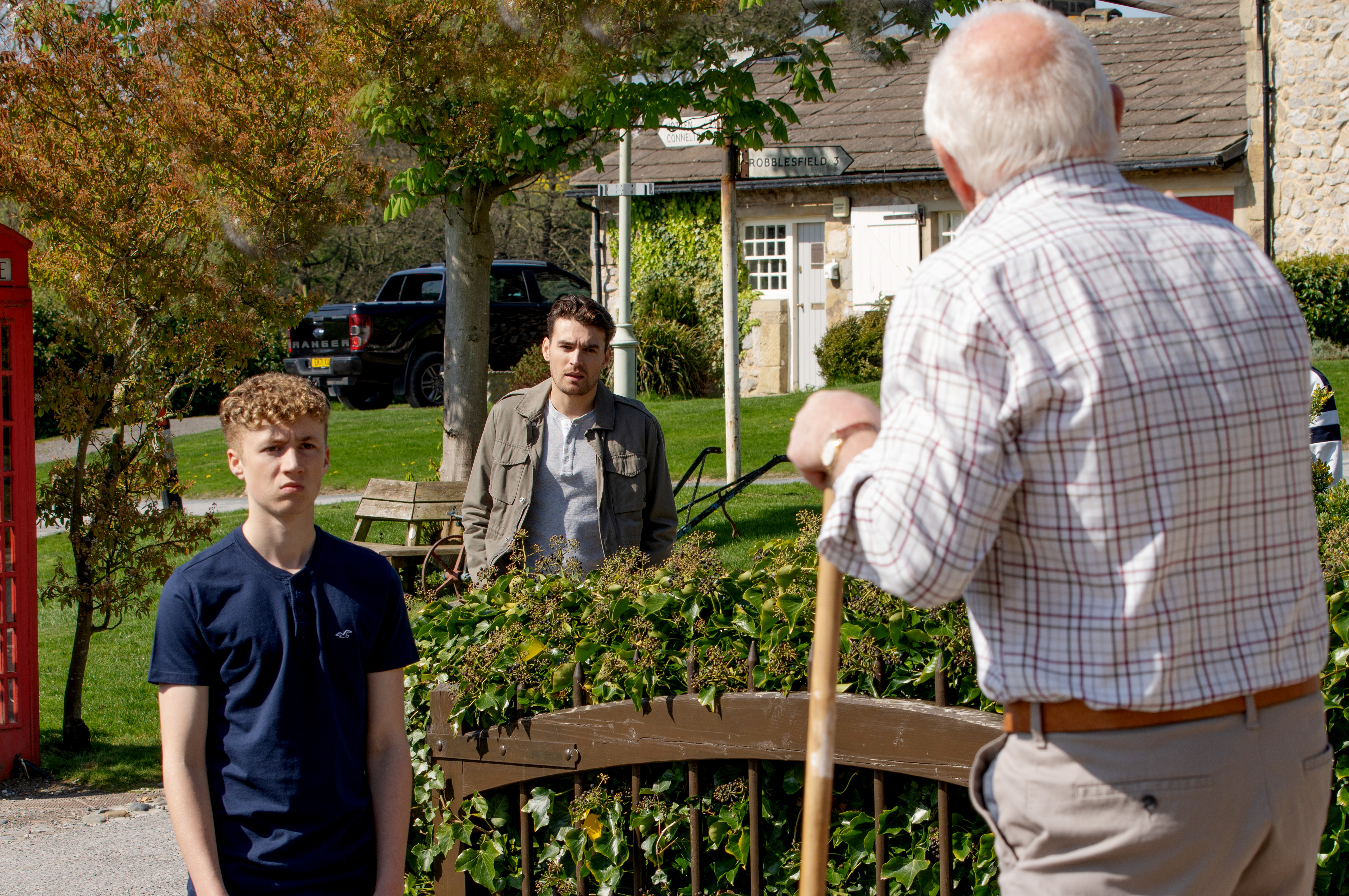 Since Noah Dingle (Jack Downham) outraged the people of Emmerdale by stalking Chloe (Jessie Elland), he’s hardly been the most popular person in the village.

In fact hardly anyone has a good word to say for him, and rightly so given the way he systematically stalked and harassed Chloe and then failed to comprehend that he’d done anything wrong.

But he may just have a champion in the form of Mack (Lawrence Robb).

In upcoming episodes Noah asks Pollard (Chris Chittell) for some shifts at the B&B, but to his irritation Pollard refuses. Mack steps in to defend Noah, and Charity (Emma Atkins) is grateful that at least one person doesn’t see her son as completely evil.

This is just a small bright spot in an otherwise traumatic week for Charity, as the very next day she discovers that the court date for his sentencing is next week. Noah is understandably scared about what might happen and Charity tries to reassure him that she’ll always be there for him no matter what happens.

She’s distraught when Noah once again rejects her. Charity has to face the idea that Noah might be sent to prison, and he’ll always blame her for being the person who put him there.