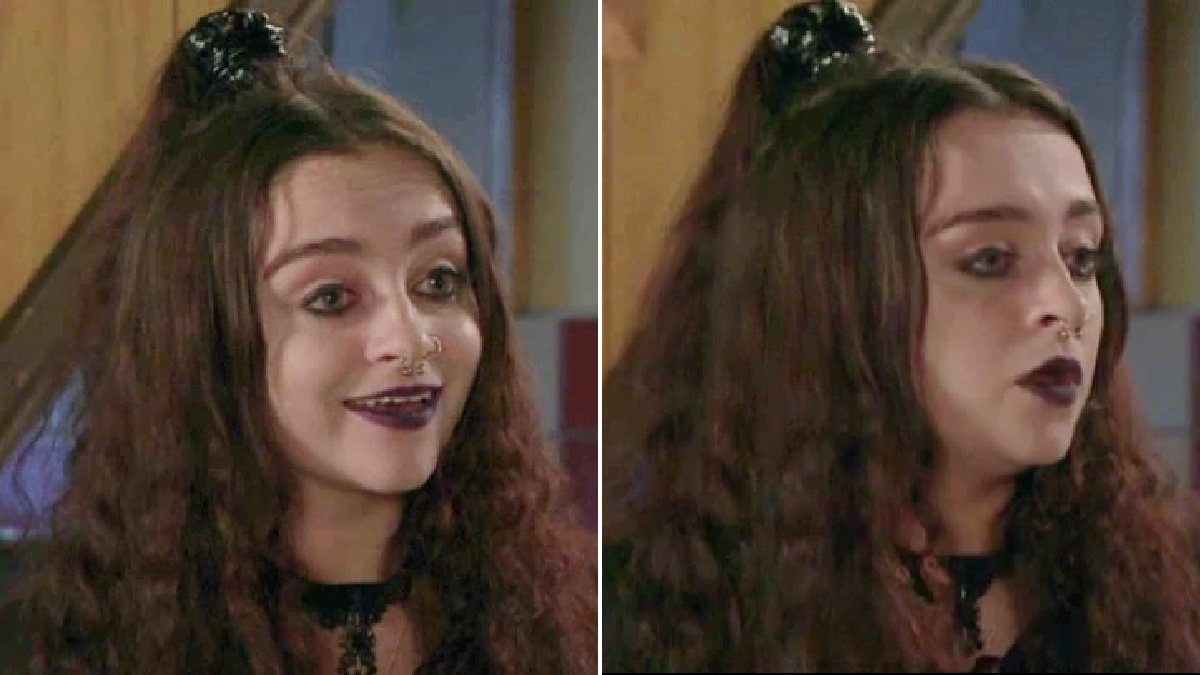 Since Corey’s arrest, Nina has tried to move forward in her life, but suffice to say she’s feeling the pressure following Roy’s (David Neilson) shock exit on Wednesday night.

When Stu (Bill Fellows) found her, he immediately set off to track the drug dealer down.

As Kelly wandered away, she came across a drunken gang who started calling her names – similar to the moments before Nina and Seb’s attack a few months ago.

Unbeknownst to them, Nina was approaching, who had a change of heart following Stu’s visit earlier in the episode.

As Nina realised the situation Kelly was in, she experienced breathing difficulties and flashbacks as the memories of her and Seb’s attack came rushing back.

Eventually, Nina found the confidence to save Kelly, telling the gang to leave her alone.

Kelly burst into tears, apologising profusely for everything she had put Nina through.

Towards the end of the episode, Nina was on her own in the café, clearly missing Roy.

Asha (Tanisha Gorey) rushed in, wondering if Nina was alright as she had 8 missed calls from her.

Nina was adamant she only called Asha once and pretended she was fine.

With Roy away, who can Nina open up to?

Can she seek help for her anxiety and PTSD?