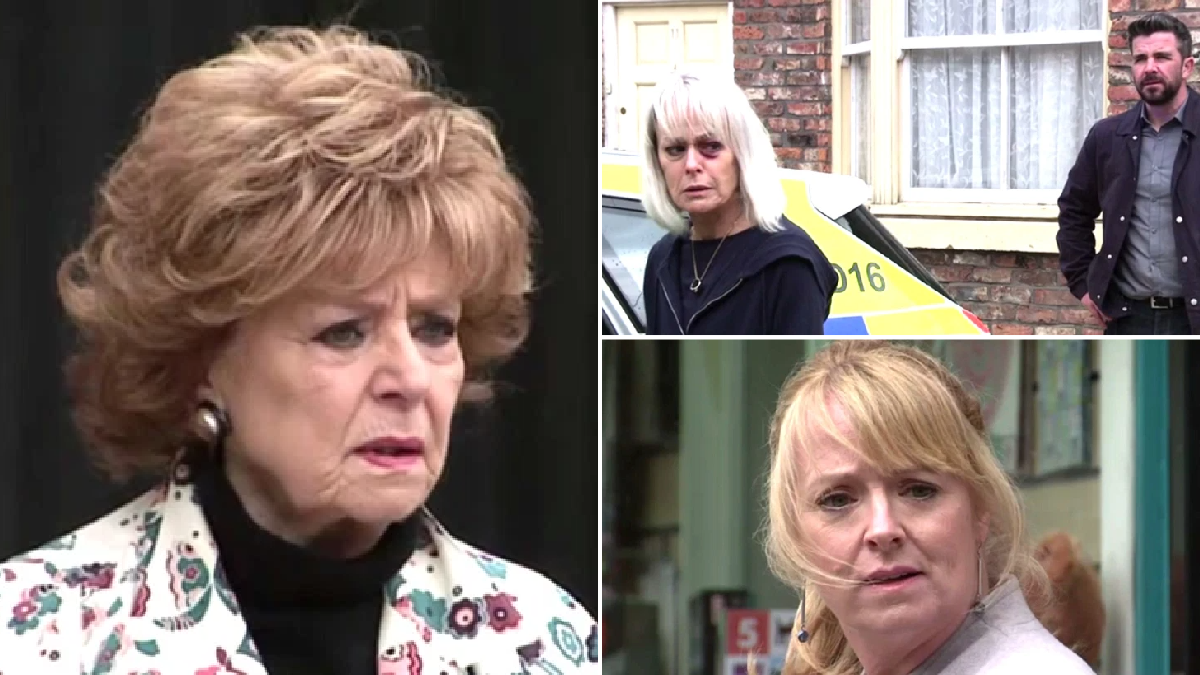 We left a rare Sunday (June 20) edition of Coronation Street with Sharon Bentley (Tracie Bennett) getting beaten up by Harvey Gaskell’s (Will Mellor) gang member Rhys.

Bruised and bloodied Sharon begged Rita for the £10,000 she initially gave her when she returned, explaining she wanted to leave and start a new life.

A worried Jenny (Sally Ann Matthews) paid Rita a visit but wanting to hide Sharon’s whereabouts, Rita lied to Jenny to get rid of her.

Suspicious Jenny took her spare key and entered Rita’s flat, only to find Sharon inside.

‘Whatever you do, don’t underestimate me’ Rita told her foster daughter as Sharon convinced herself she was about to start a new life away from the cobbles.

As the sounds of sirens neared ever closer, the penny dropped for Sharon – Rita had played a dangerous game and called the police.

After what was an extremely poor attempt at running away, Sharon was arrested by DS Glynn.

Pleased things had come to an end, Jenny wanted to celebrate with Rita, but the iconic, wise character knew things weren’t over yet.

Knowing the court scenes are on their way, what will the future hold for Sharon?

If she does, how long will she last behind bars with her life in danger?