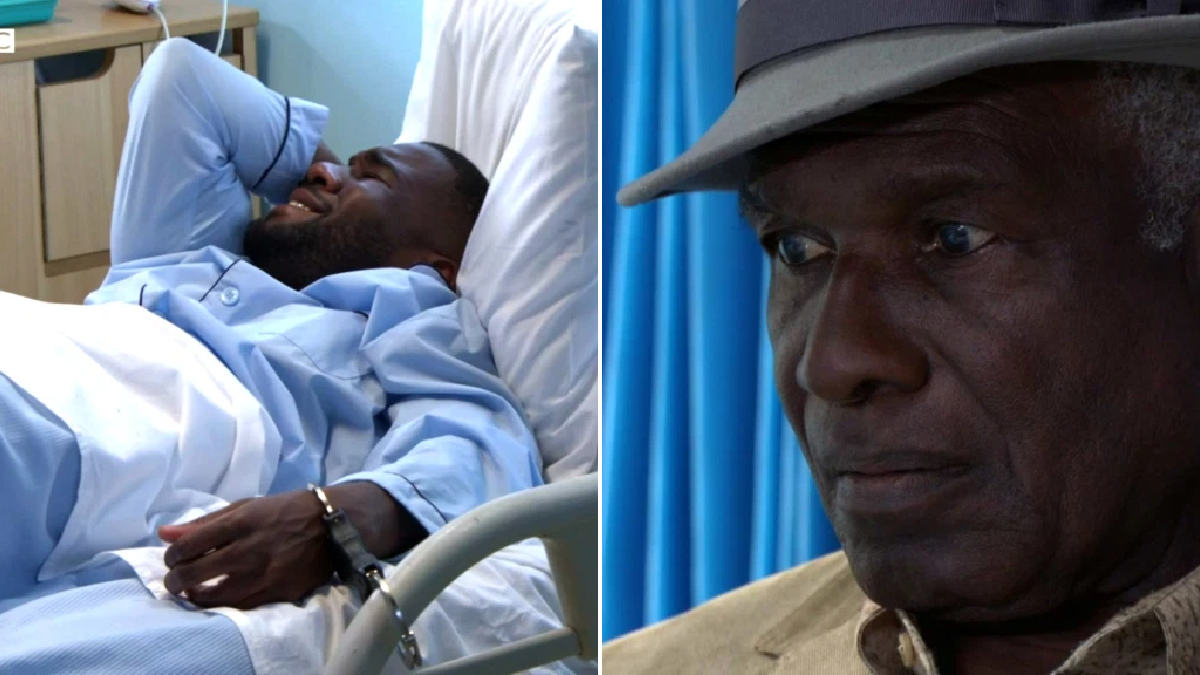 Isaac Baptiste’s (Stevie Basaula) schizophrenic breakdown in EastEnders led to him being tasered and arrested by the police in Tuesday’s (July 13) edition of the BBC One soap.

Convinced Ruby (Louisa Lytton) was a danger, Isaac convinced Lily and Arthur to run away from Walford this week.

As his schizophrenia took hold, the voices in Isaac’s head became overwhelming and he locked himself in the house.

Eventually, Isaac made his way out of the house, but with a broken bottle in hand, a police officer tasered Isaac, convinced he would be a danger to those around him.

Agitated and handcuffed to the bed, Isaac questioned whether the police had caught Ruby yet, and then heartbreakingly told his dad ‘when I go, all of this will end. I’ll be better with Paul’.

Later on, Sheree (Suzette Llewellyn) and Patrick returned to hospital and got the news that Isaac would be sectioned.

Sheree was initially determined to have Isaac home and out of hospital, but after Patrick told her about Isaac wanting to end his life, her mind was changed.

As Isaac spends time in a mental health unit, can his family in Walford come together to support him?

Lola (Danielle Harold) is still feeling incredibly isolated, will Sheree even allow her to see Isaac?