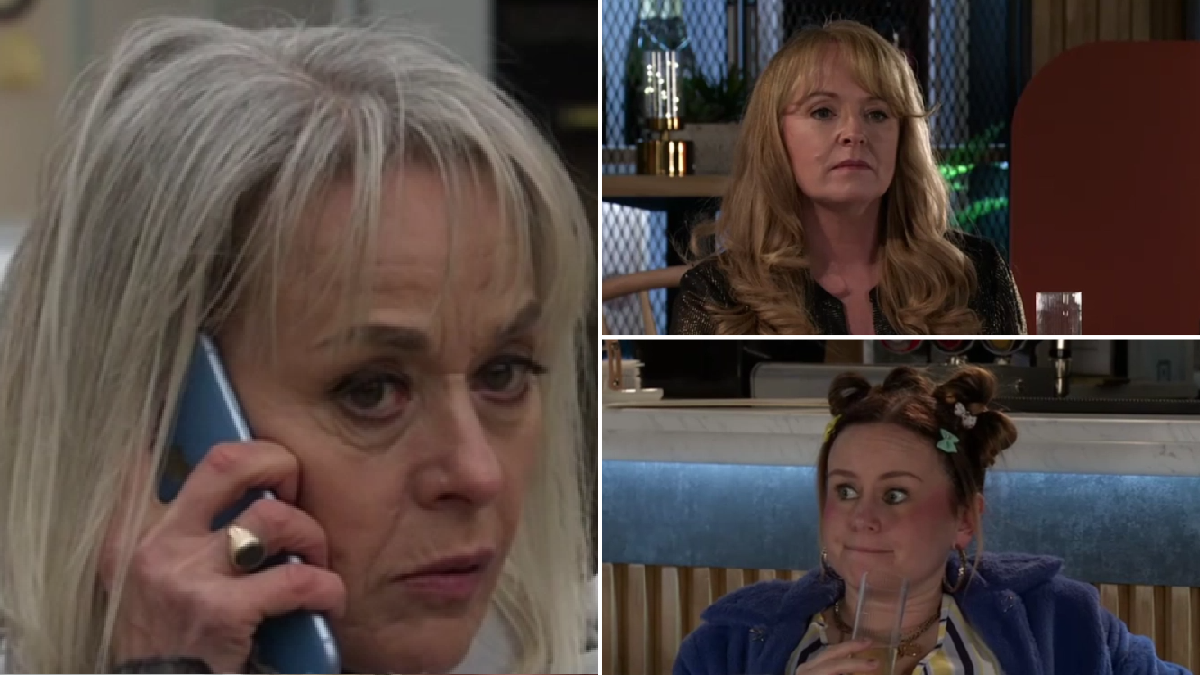 Coronation Street fans have had their suspicions confirmed about Sharon Bentley (Tracie Bennett) after she was seen tonight receiving a phone call from an unseen mystery contact.

Sharon was witnessed wheeling her suitcase across the cobbles in the direction of Rita’s (Barbara Knox) flat when her mobile suddenly started to ring. After answering, Sharon furtively told the person on the other end of the line, “You’ll get what you want soon enough.”

In the space of just a couple of days, Sharon has managed to inveigle her way back into former foster mum Rita’s good books, first by nominating her for a community award, then by claiming to be feeling lonely.

But with Rita having offered Sharon shelter at her flat, the Weatherfield returnee is now well placed to achieve her real goal which, as is revealed next week, is to locate the errant Leanne Battersby (Jane Danson).

Sharon will be seen pumping the residents of the Street for gossip about Leanne’s whereabouts and will even go to the extent of breaking into Gail’s laptop in order to find Nick’s (Ben Price) contact details.

Sensing that young Sam (Jude Riordan) may also be in possession of valuable information, Sharon also offers to be his confidante, in the hope that he can lead her to wherever Nick and Leanne are hiding out.

Speculation has already been mounting that Sharon may well be in cahoots with the currently incarcerated drugs lord Harvey (Will Mellor), whose surname has been withheld from viewers.

Now, with it having been revealed that she’s acting on behalf of someone who’s obviously unable to do any digging for themselves, it’s looking increasingly likely that there’s at least some connection between Sharon and the mess in which Leanne had become embroiled before her hasty exit from the Street.