STACEY Solomon and Rochelle Humes were among the stars celebrating Bonfire Night in a low-key fashion as the UK entered its second lockdown.

Many celebs took the fun to their own back gardens as traditional displays were cancelled and enjoyed an evening of winter festivities at home. 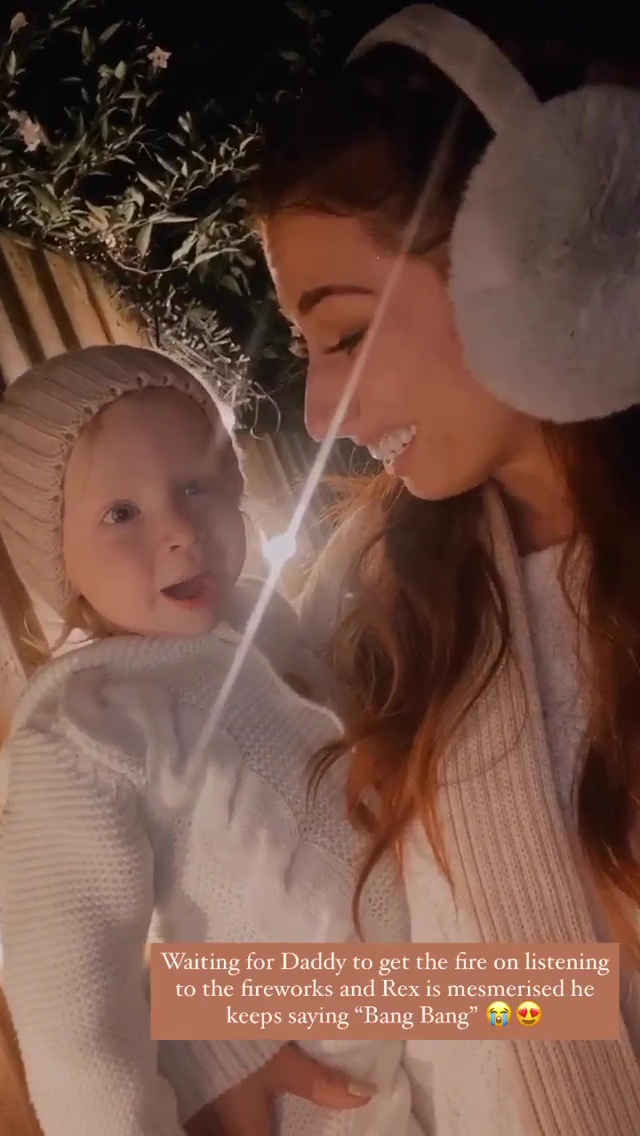 Stacey, 30, shared a sweet clip of her and baby Rex waiting for dad Joe Swash to get the fireworks ready.

She wrote alongside the clip: "Waiting for daddy to get fire on listening to the fireworks and Rex is mesmerised he keeps saying 'Bang Bang'." 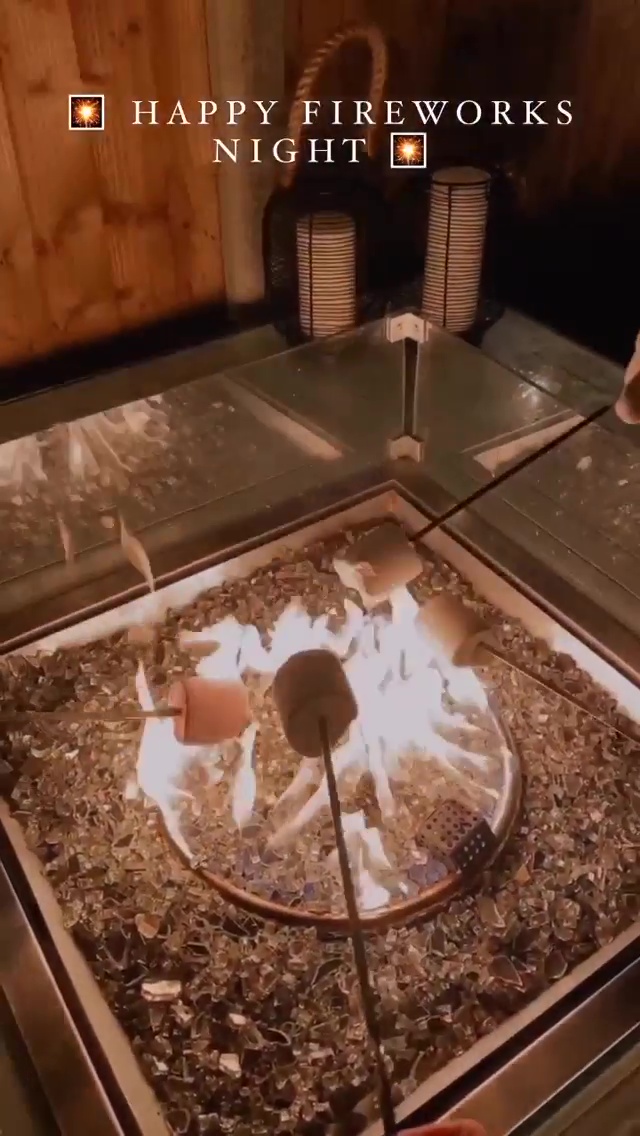 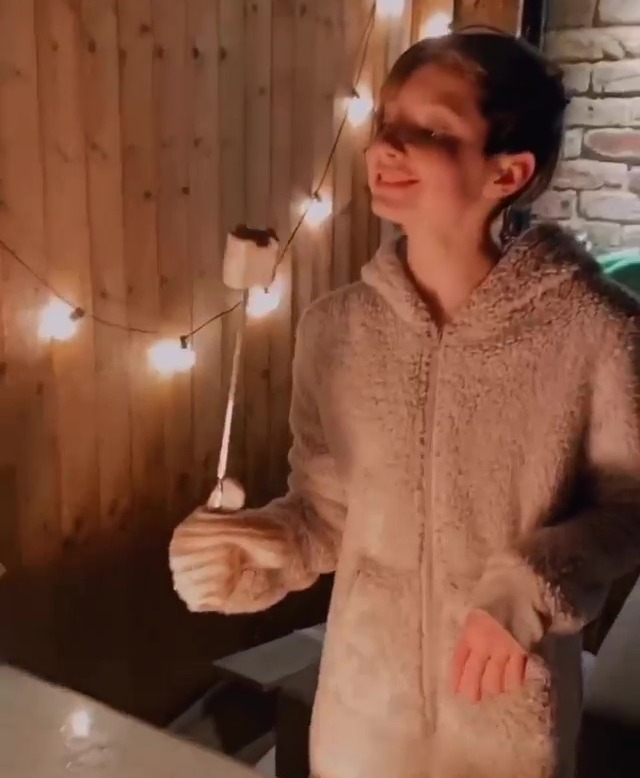 The Loose Women panellist shared a video of stunning fireworks, writing: "They're so pretty, really hope you're all okay today.

"It's not the 5th November we imagined. But wishing you all the love and strength in the world to get through this. Love you lots. From your family to yours"

The family then enjoyed an outdoor cinema experience watching one of their favourite movies in the films in the garden.

Corrie star Helen, 30, and her fiance Scott Sinclair marked the occasion with their own firework display. 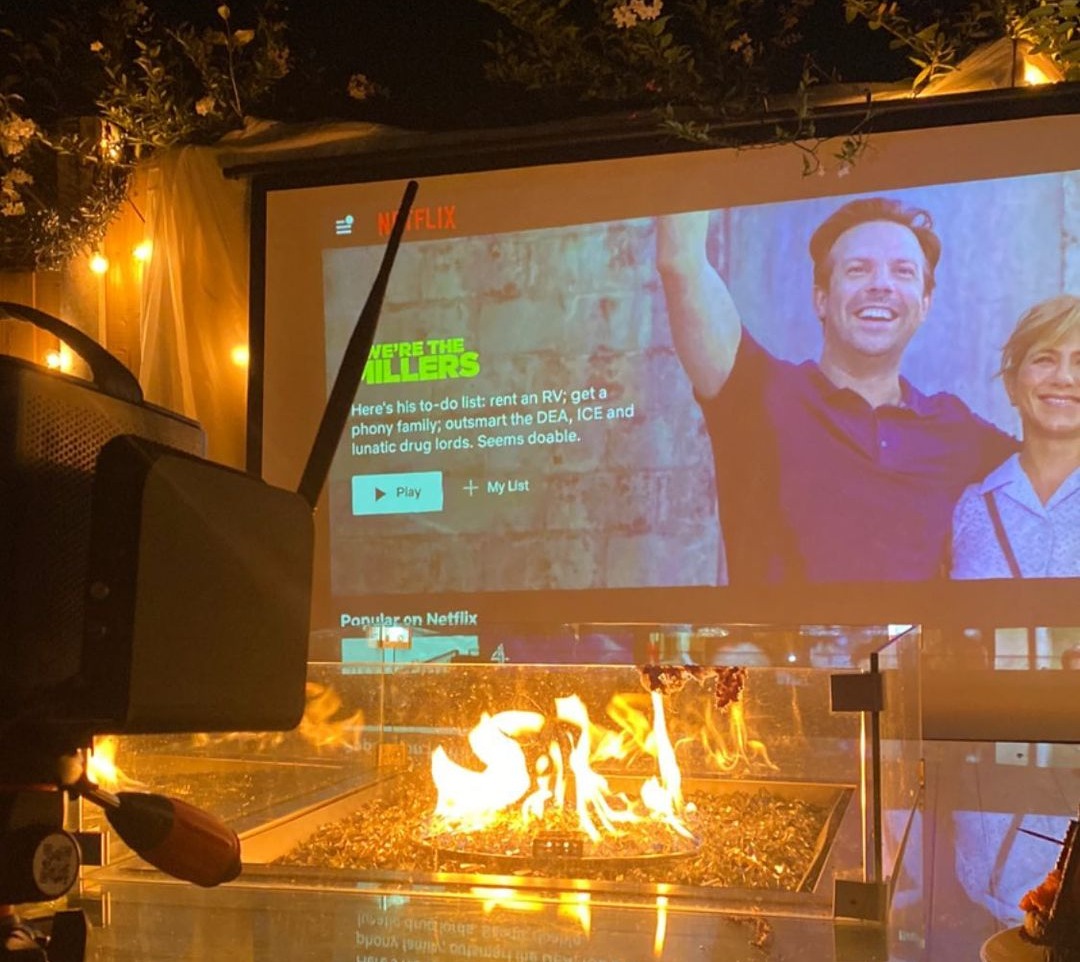 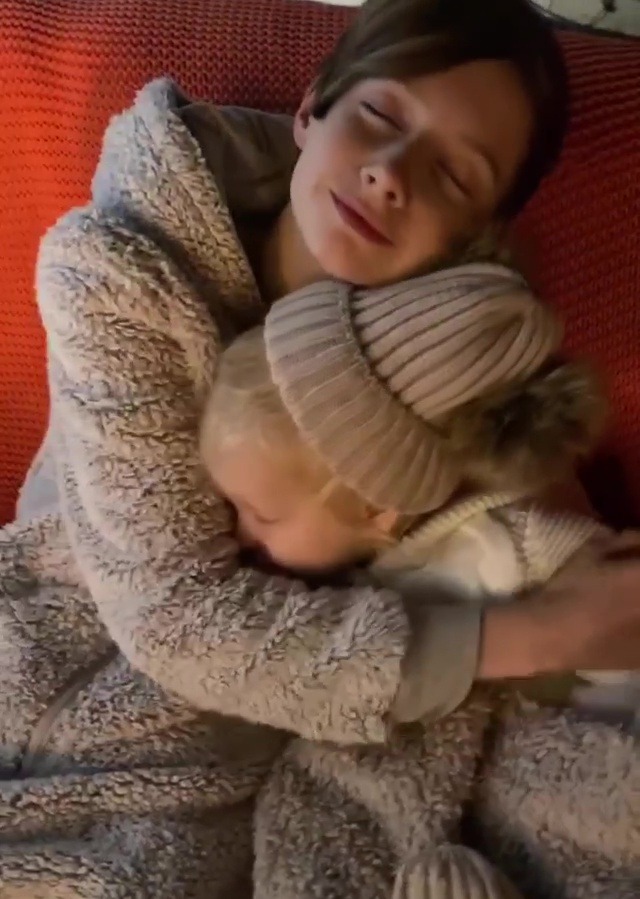 Helen shared a sweet snap of Scott and Matilda, writing: "Daddy did a good firework display."

This Morning presenter Rochelle Humes, 31, also had the same idea – and shared a pictures of their six-year-old daughter Alaia-Mai with a sparkler as the family celebrated Bonfire Night in the garden.

Last night we reported This Morning host Holly, 39, posted a picture of herself with a sparkler in each hand, writing: 'Ooooooooooo… 💥." 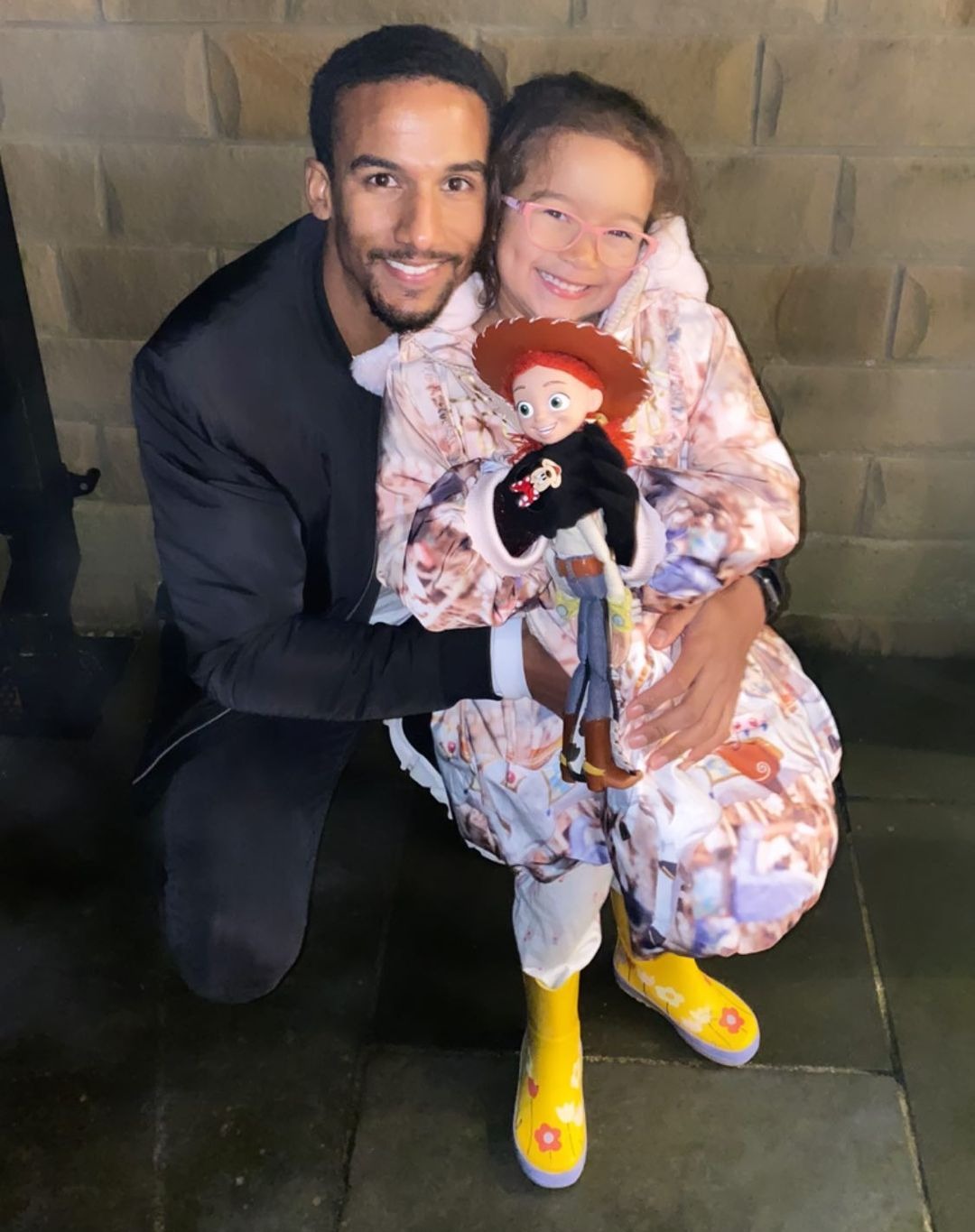 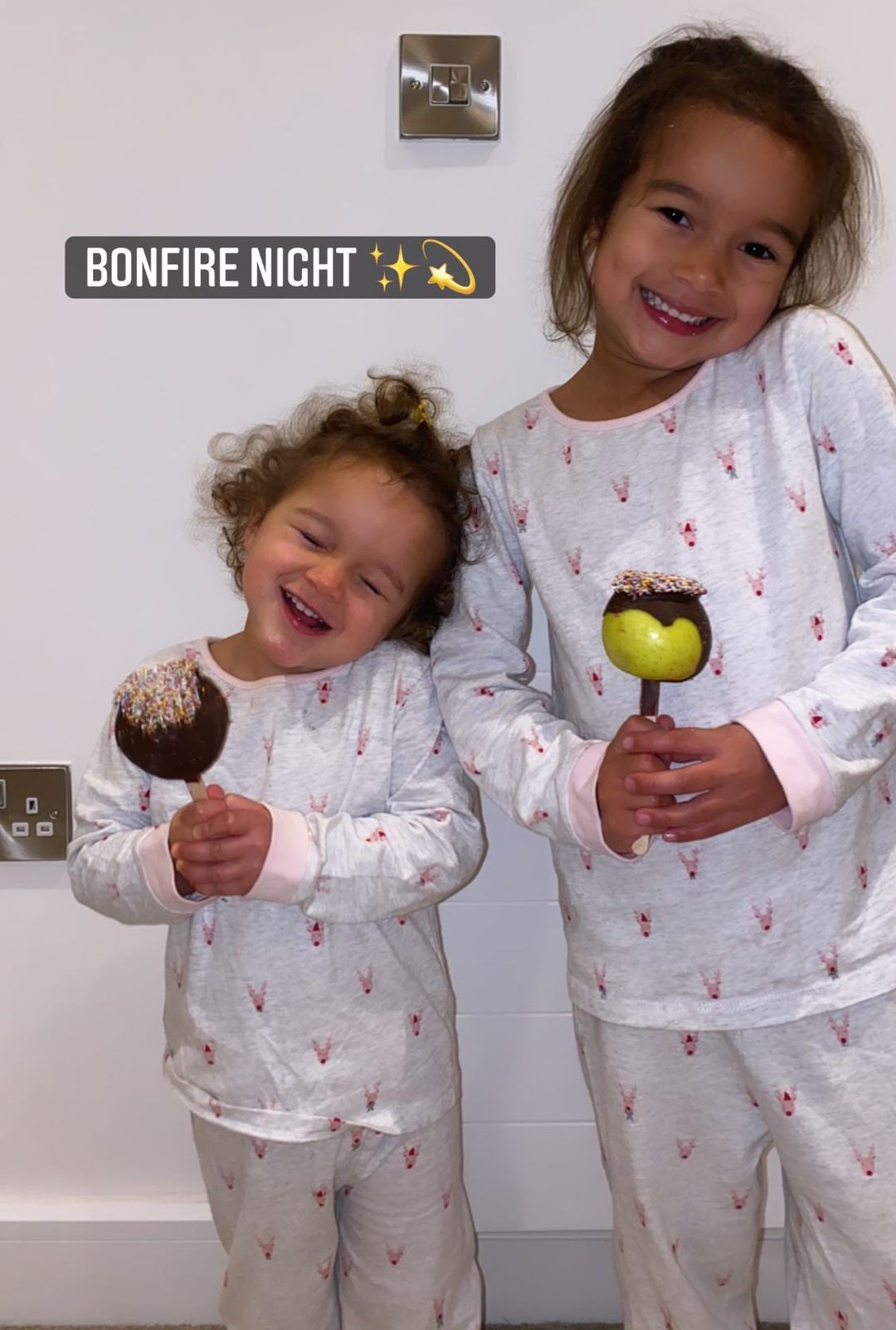 Football ace David, 45, also shared a pictures of him with his hand-held fireworks.

He wrote: "Tonight's a slightly different firework night but at least we have sparklers."

Becks was joined by his flaming firepit by wife Victoria, 46, and his son Cruz, 15.

Posh posted a video of the flames saying the family were having a "different kind of firework night" this year. 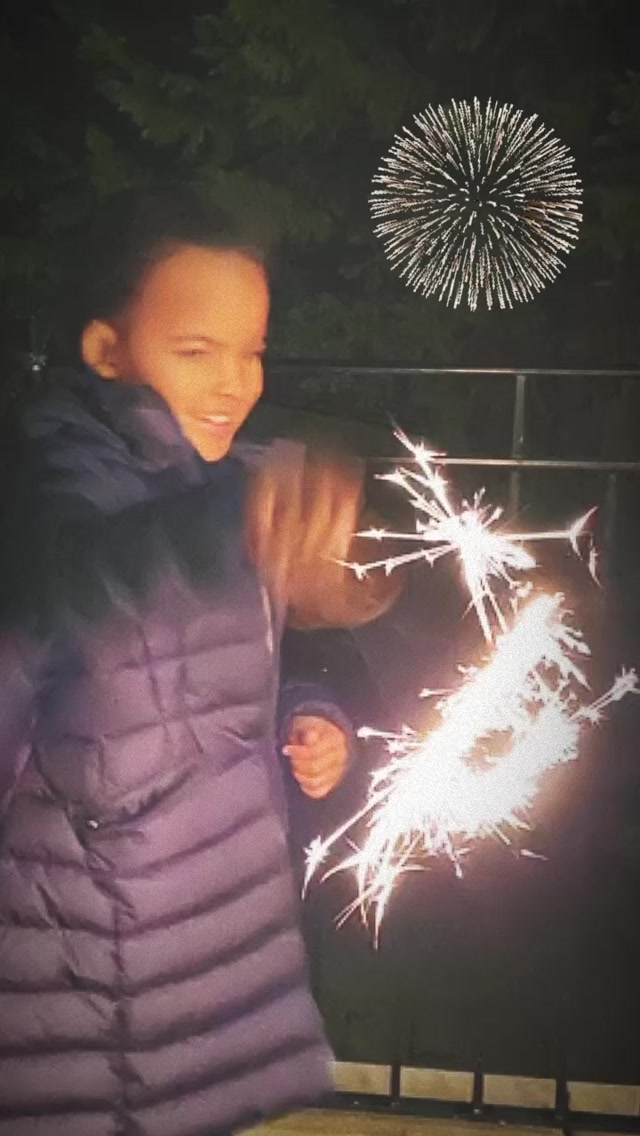 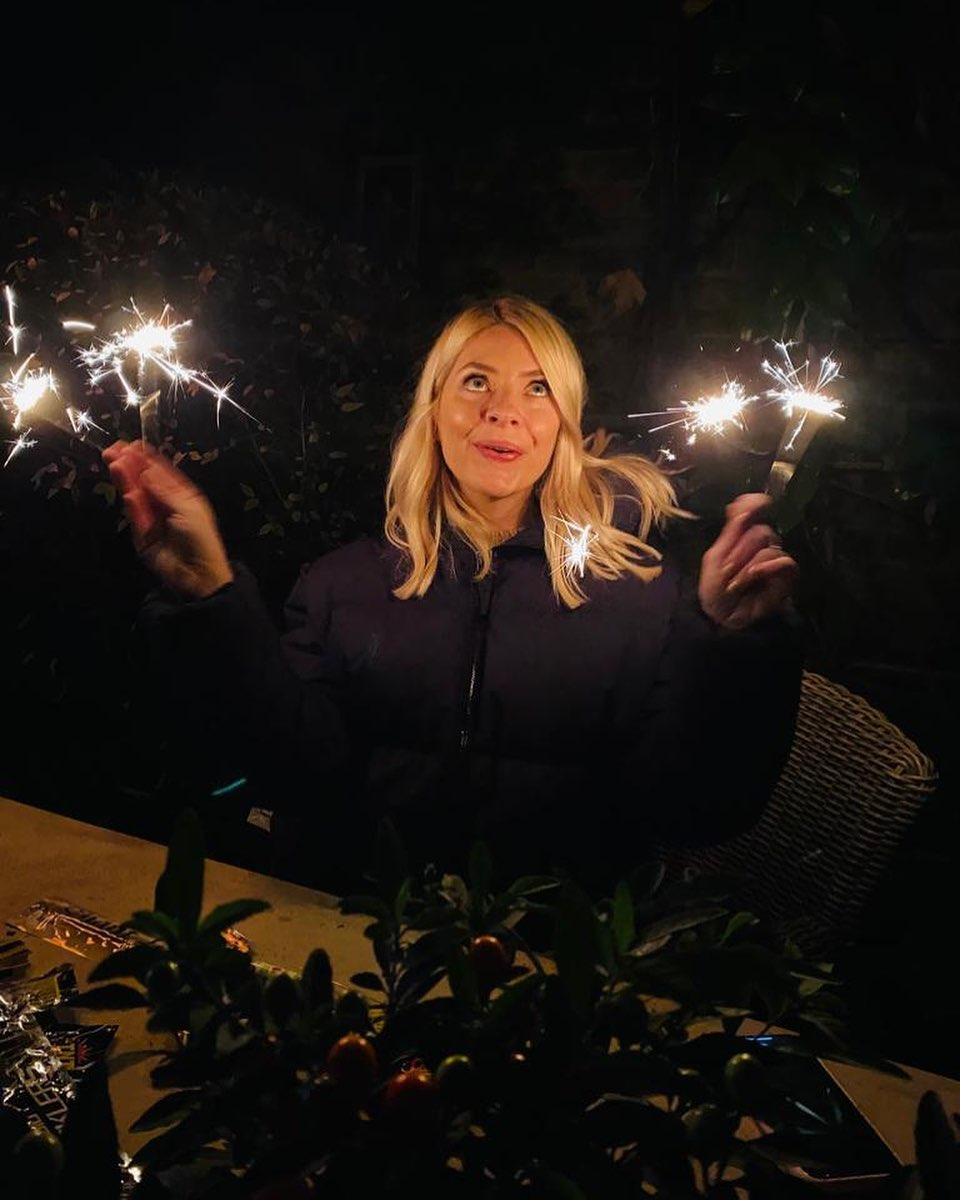 She then shared footage of David making himself 'smores' – an American snack made by sandwiching molten marshmallow between two crackers.

Made In Chelsea star Binky Felstead told fans her three-year-old daughter India was enjoying the fireworks a lot more than their dog.

The 30-year-old posted a picture of them with sparklers, writing: "Took India for a little stroll around the village to try catch some of the fireworks. 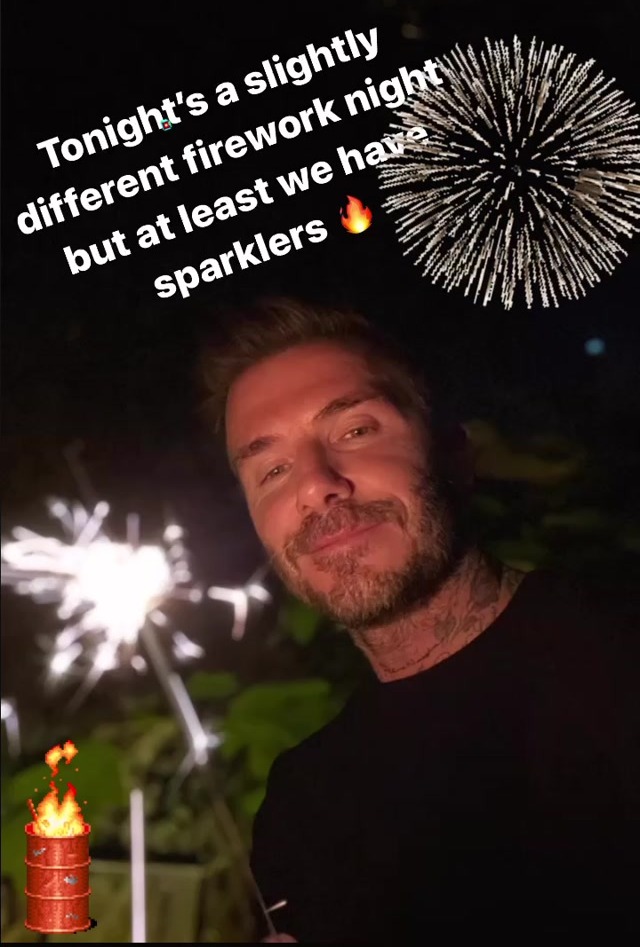 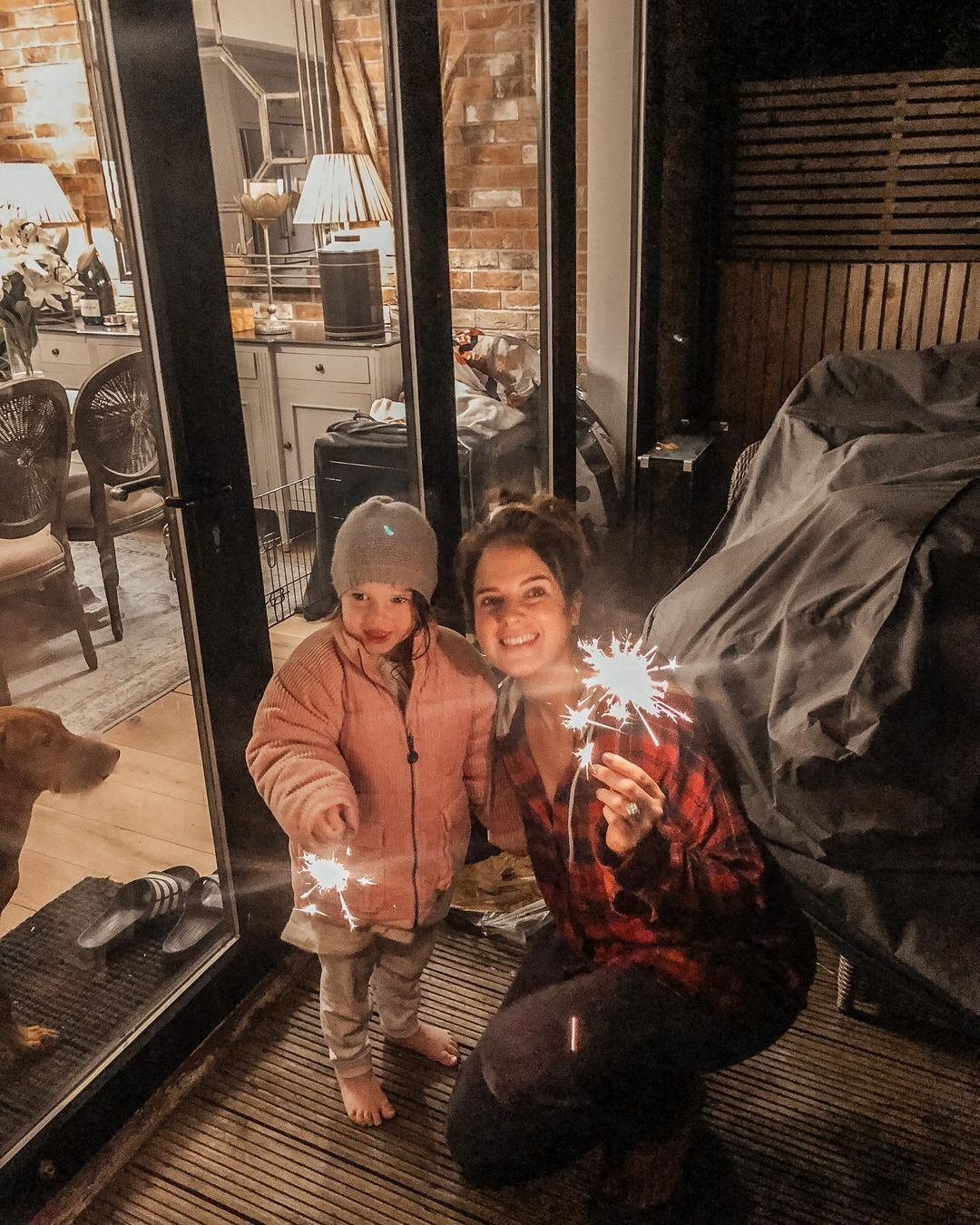 "She’s loving it after being a little bit scared. PEDRO on the other hand is now on the three of our laps on the sofa being cuddled to death shaking like a leaf 😩 haha poor little baby!!"

Referencing boyfriend Max Darnton, she added: "Think he might have to sleep in our bed tonight 😝 ( max doesn’t agree !) X."