STACEY Solomon was "parent-shamed" by trolls who accused her of not showing the reality of bringing up a toddler.

The Loose Women panellist, 53, hit out after she received a message criticising her for only uploading videos and pictures of Rex smiling. 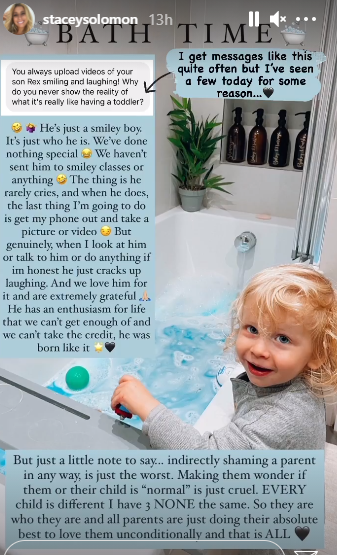 However, Stacey insisted Rex is just a "smiley boy" – and also slammed the messenger for "shaming" her.

The message read: "You always upload videos of son Rex smiling and laughing! Why do you never show the reality of what it's really like having a toddler?"

Stacey replied: "I get messages like this quite often but I've seen a few today for some reason…

"He's just a smiley boy. It's just who he is. We've done nothing special. WE haven't sent him to smiley classes or anything. 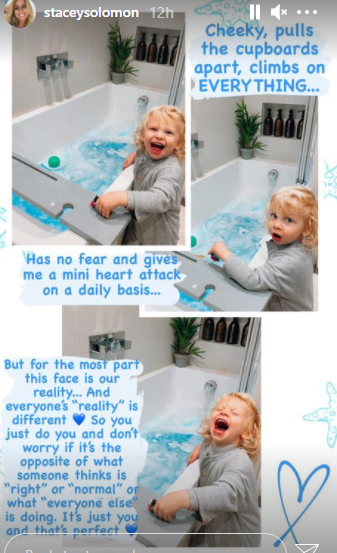 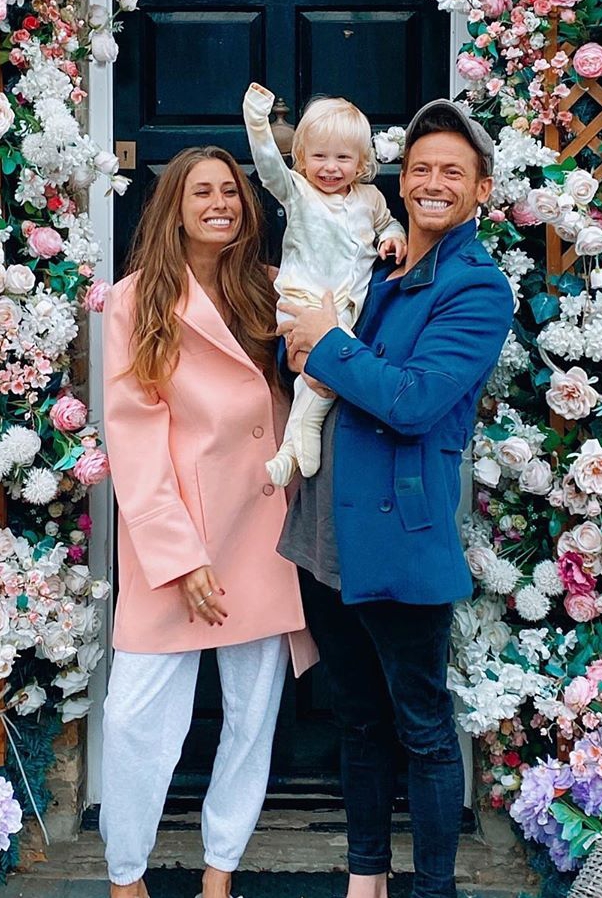 "The thing is he rarely cries, and when he does, the last thing I'm going to do is get my phone out and take a picture of video.

"But genuinely, when I look at him or talk to him or do anything if im [sic.] honest he just cracks up laughing.

"And we love him for it and are extremely grateful. He has an enthusiasm for life that we can't get enough of and we can't take the credit, he was born like it."

However, after defending why she doesn't share videos of her child crying, Stacey hit back against "parent shaming". 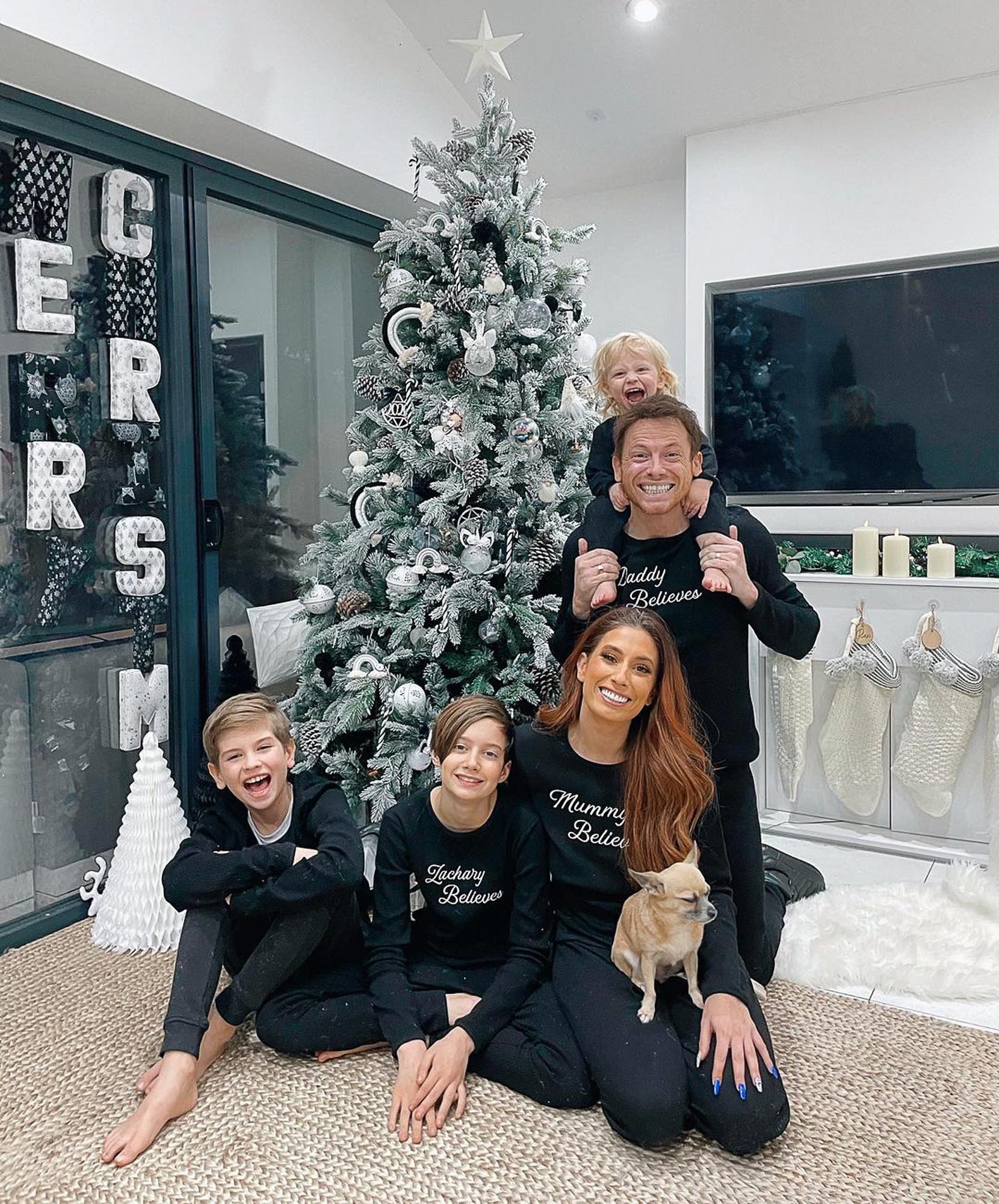 She continued: "But just a little note to say… indirectly shaming a parent in any way, is just the worst.

"Making them wonder if them or their child is 'normal' is just cruel. EVERY child is different I have 3 NONE the same.

"So they are who they are and all parents are just doing their absolute best to love them unconditionally and that is ALL." 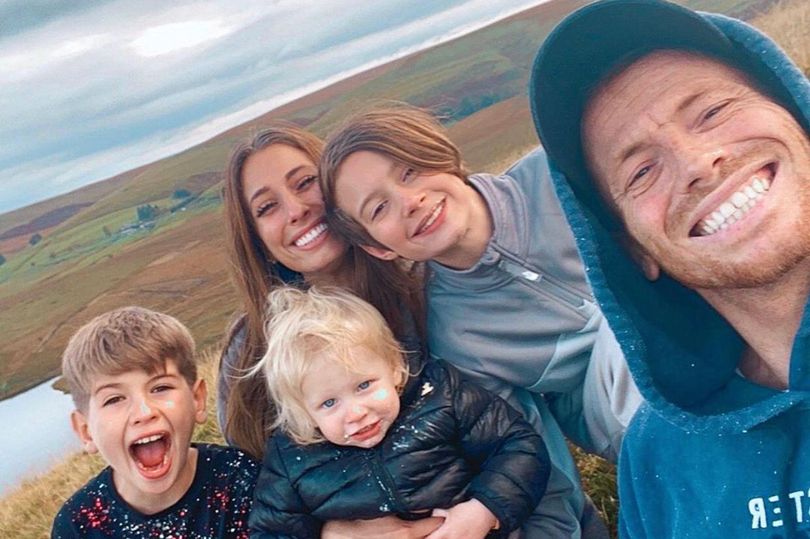 The X Factor star then went on to praise her little one as the cheeky chappy played in the bath.

She continued: "Cheeky, pulls the cupboards apart, climbs on EVERYTHING…

"But for the most part this face is our reality… And everyone's "reality" is different.

"So you just do you and don't worry if it's the opposite of what someone thinks is 'right' or 'normal' or what 'everyone else' is doing. It's just you and that's perfect."