Star Trek: Discovery regains its stride with “Perpetual Infinity” after last week’s exposition-heavy outing, and while this segment is also chockfull of plot and technical techings of the tech, it’s got enough action and character to balance things out nicely. 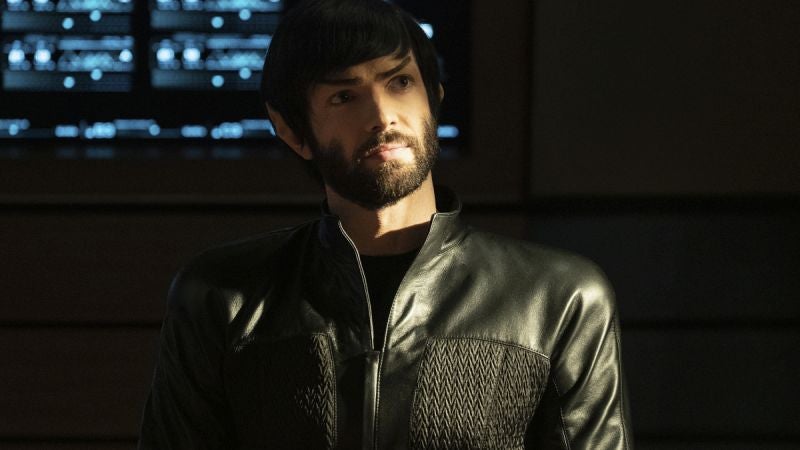 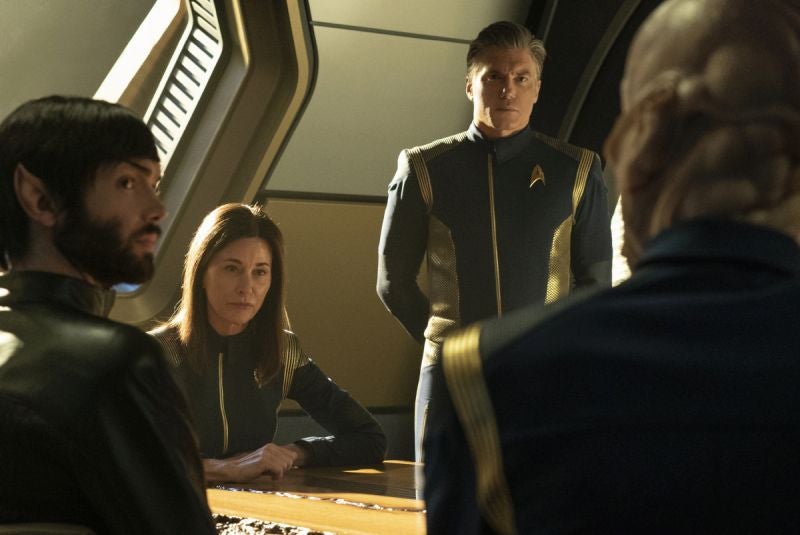 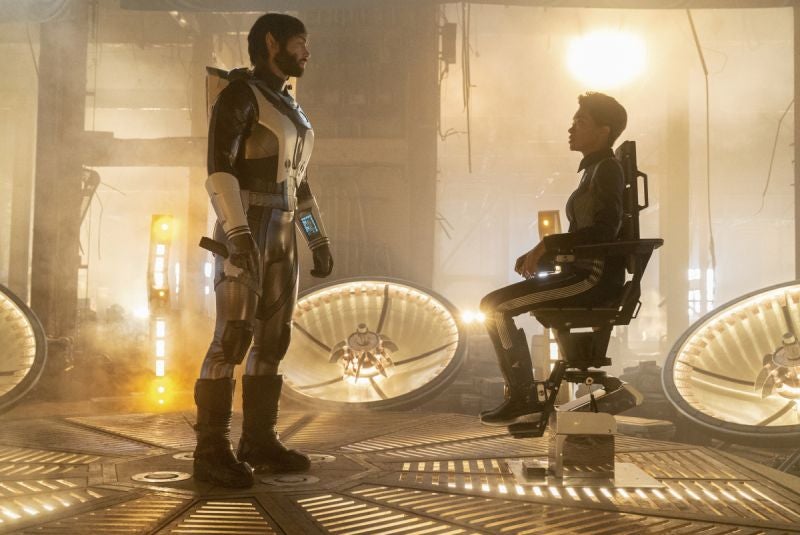 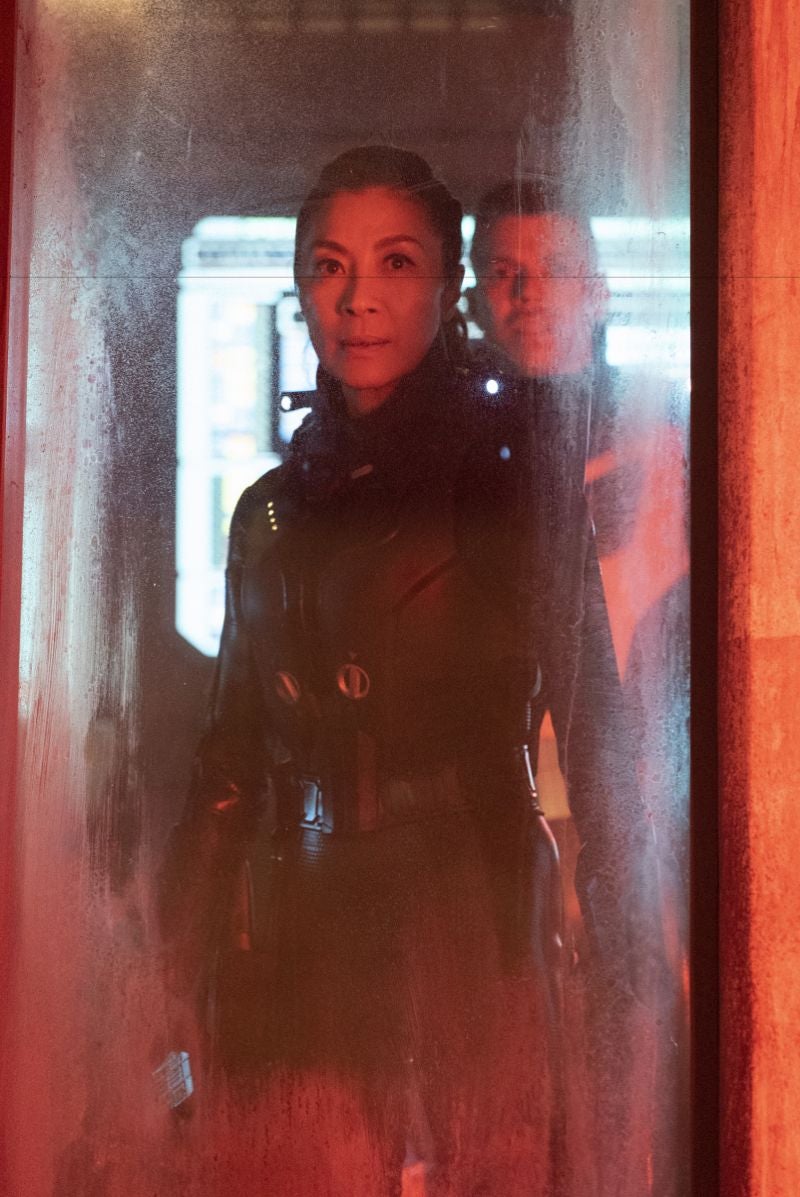 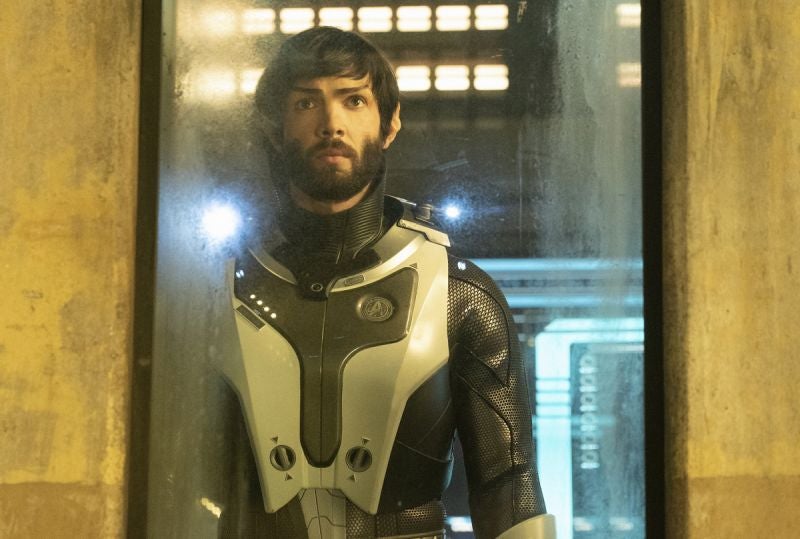 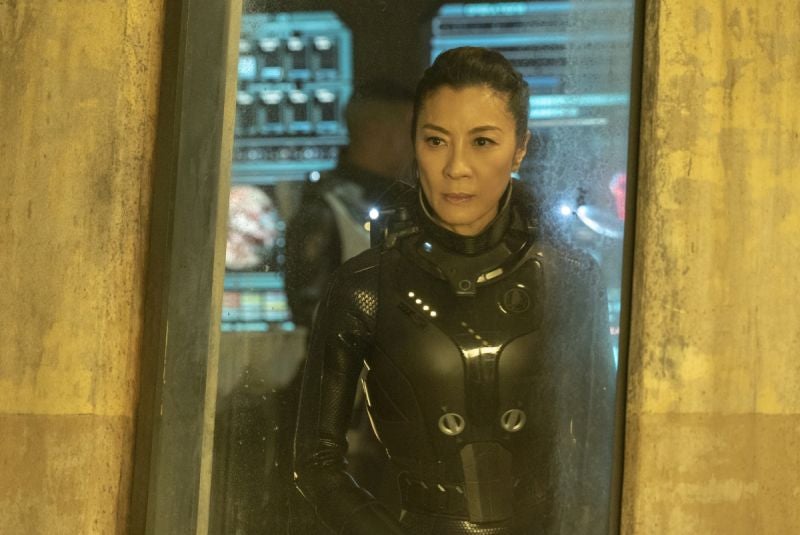 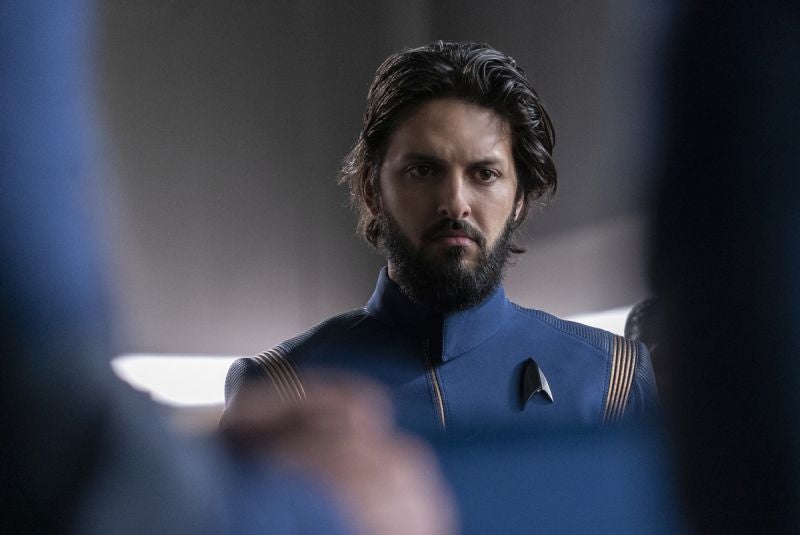 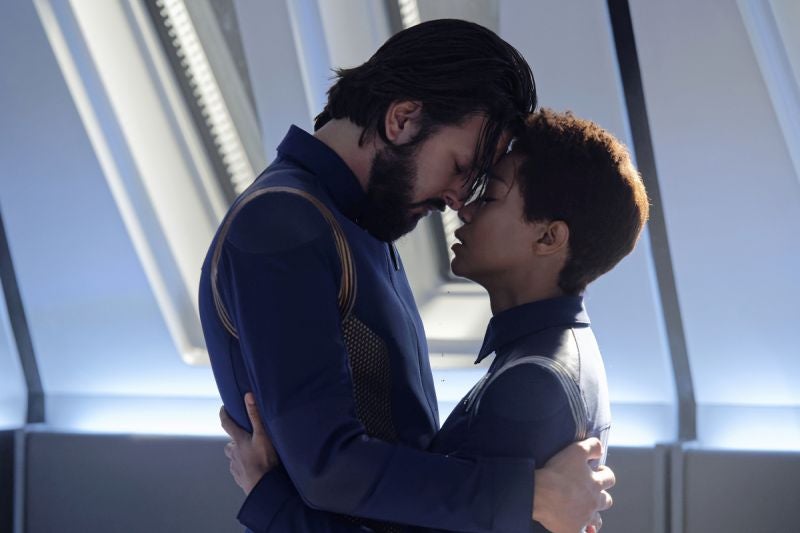 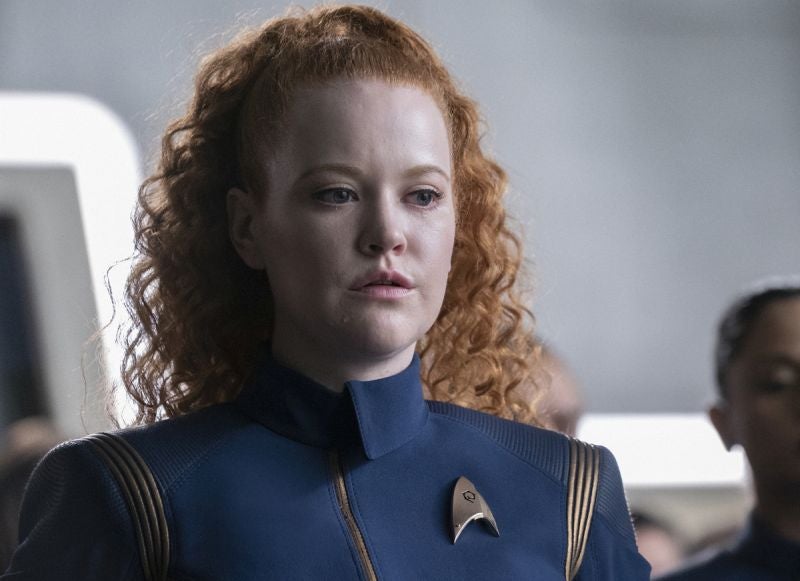 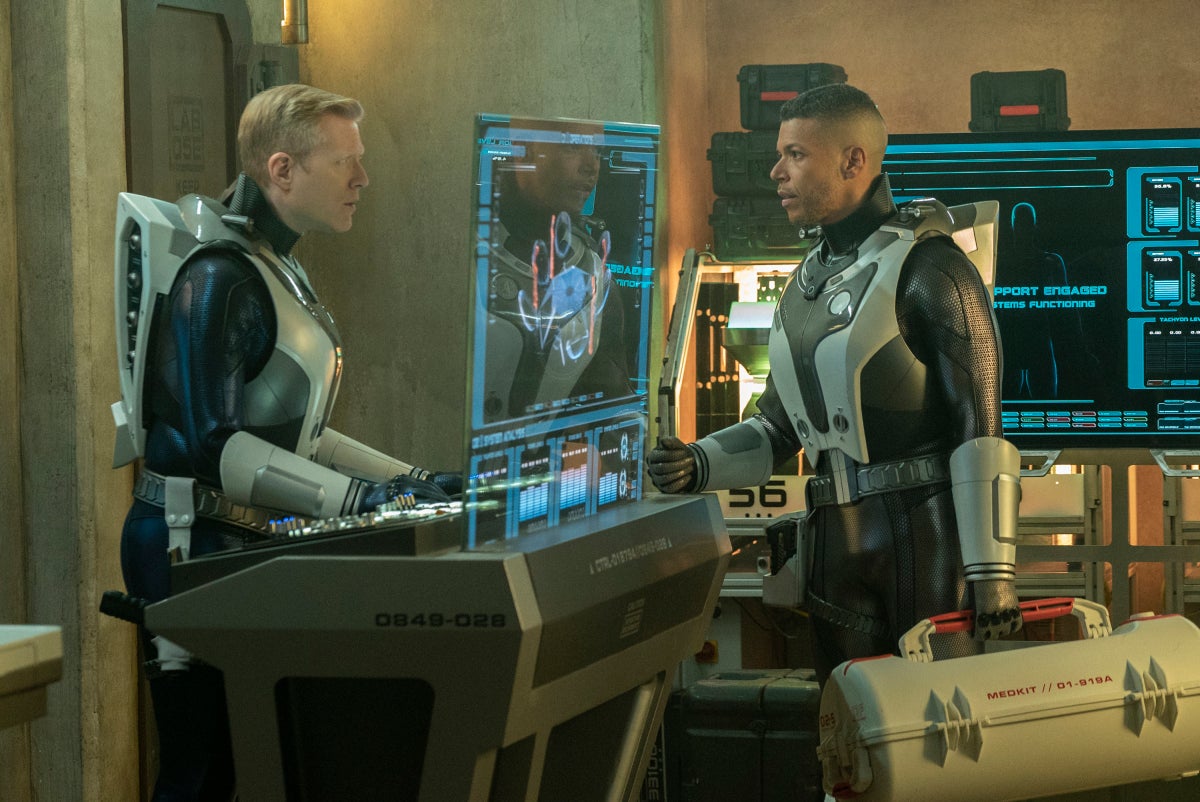 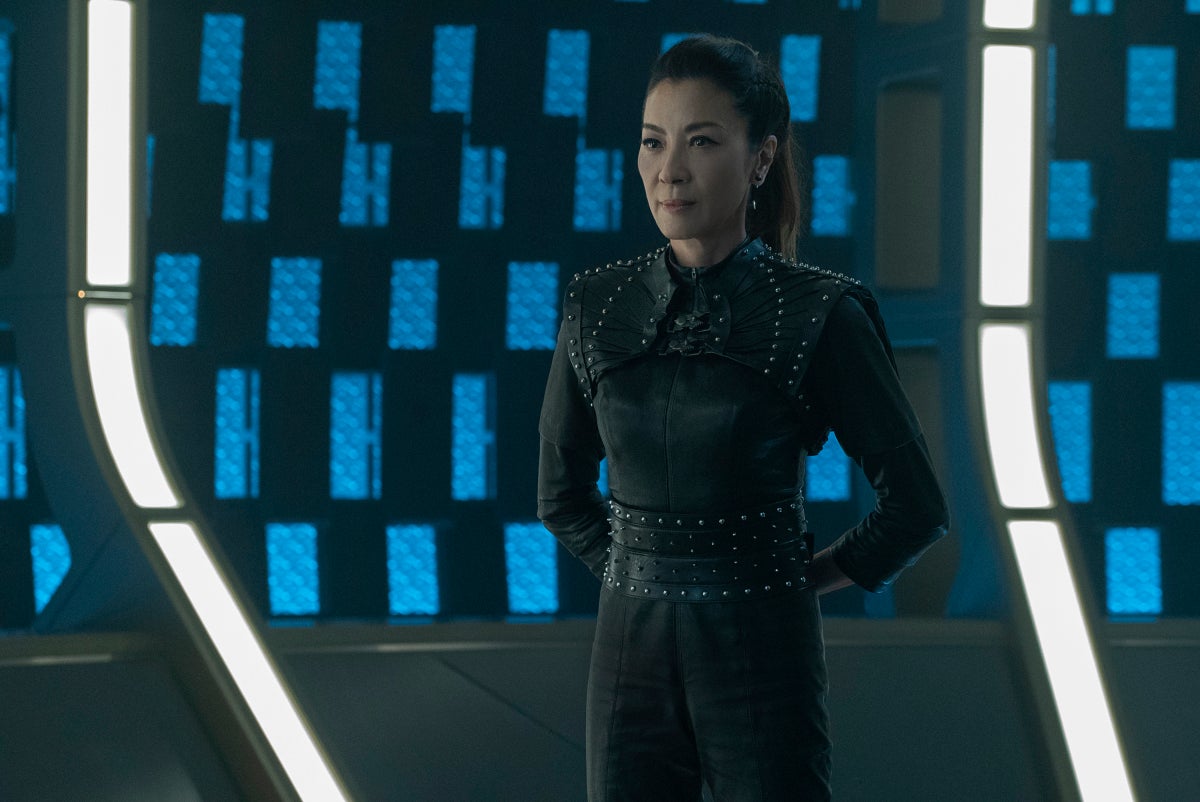 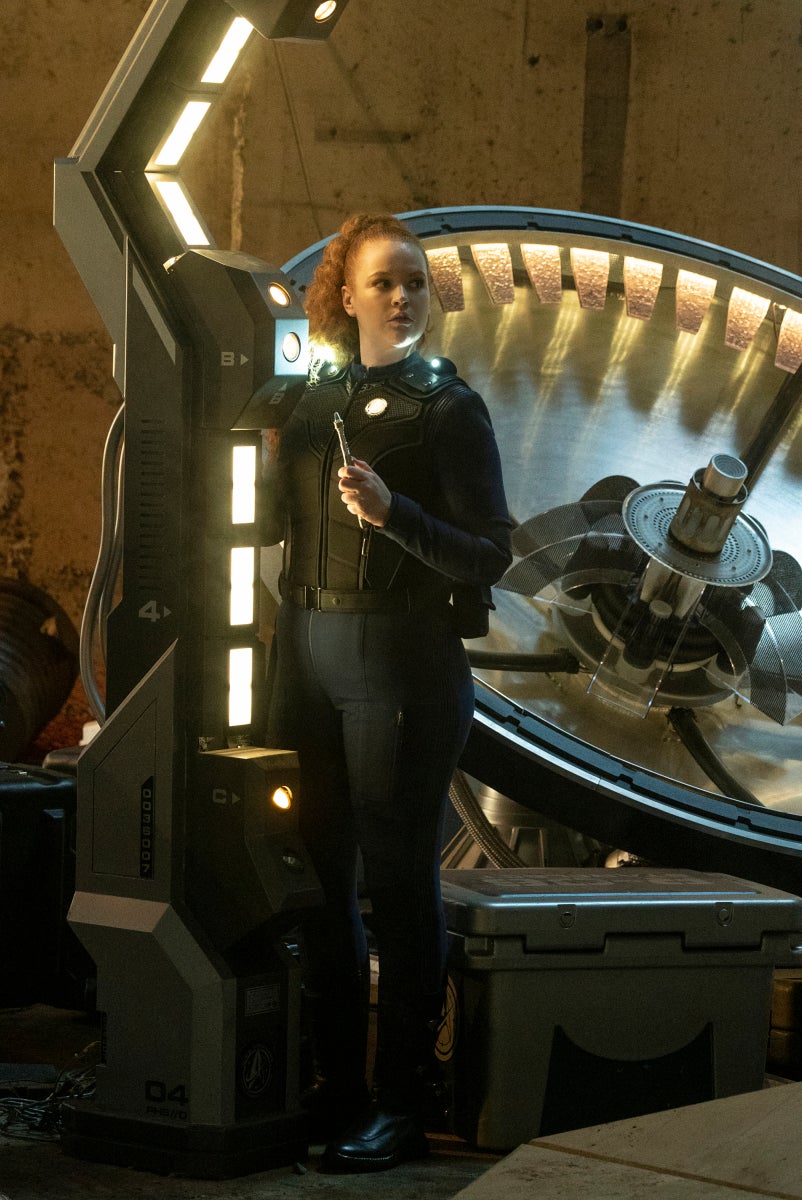 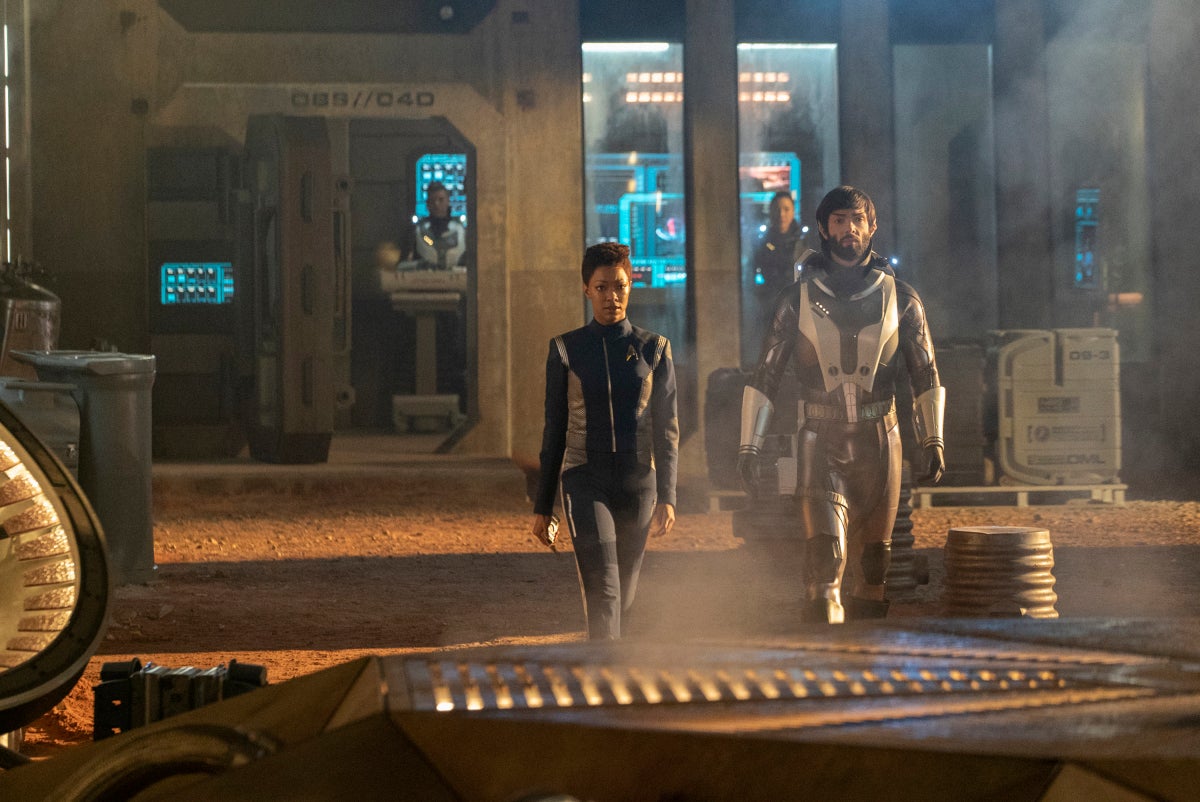 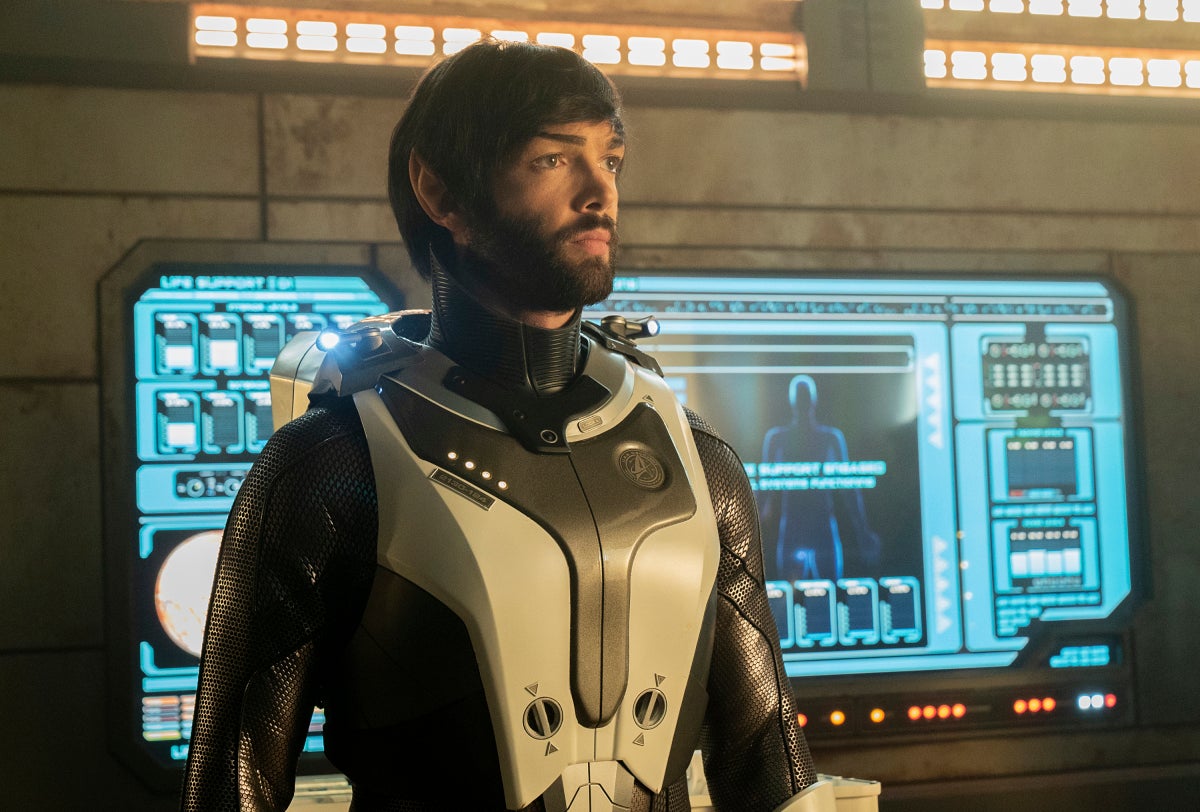 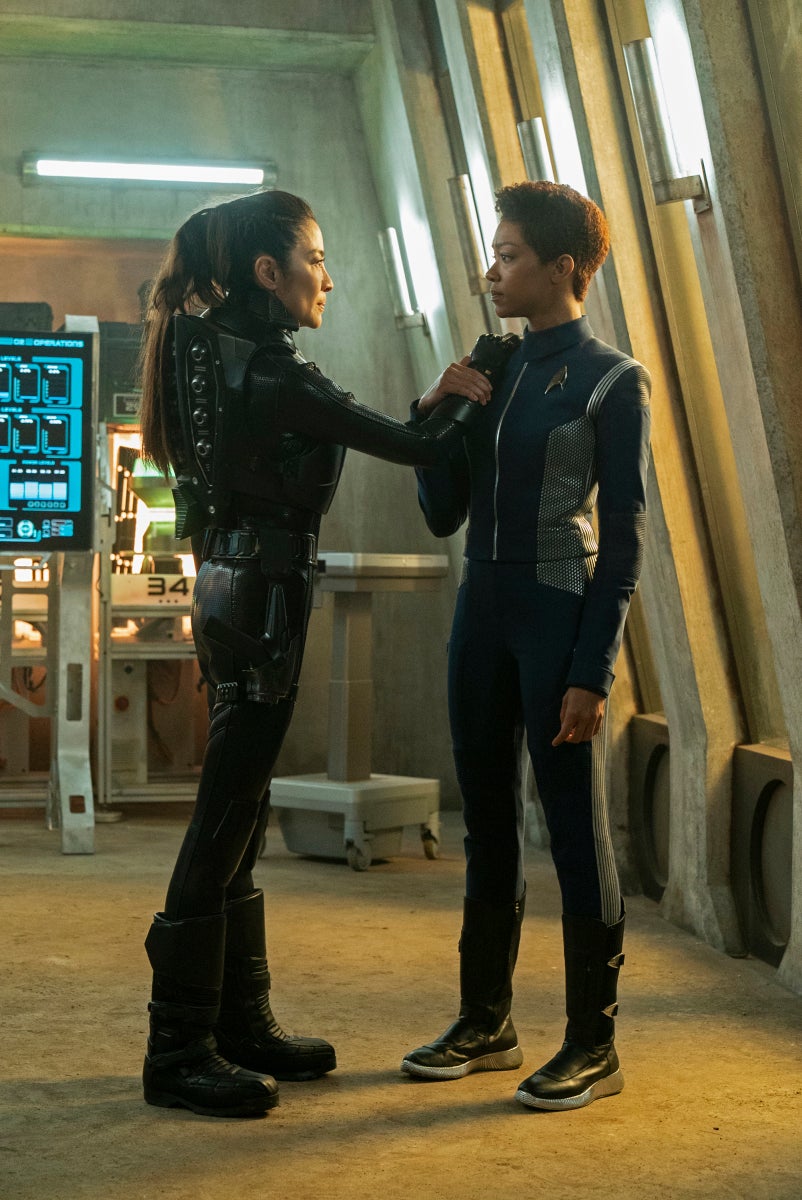 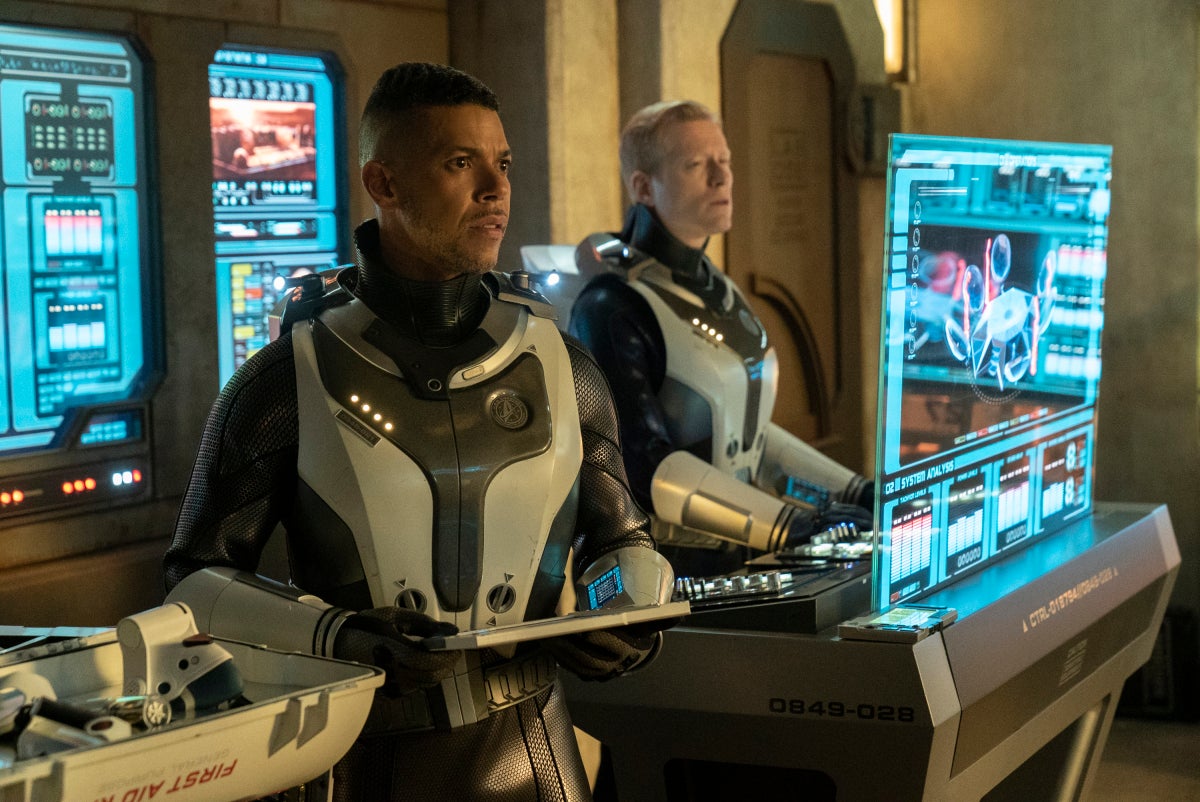 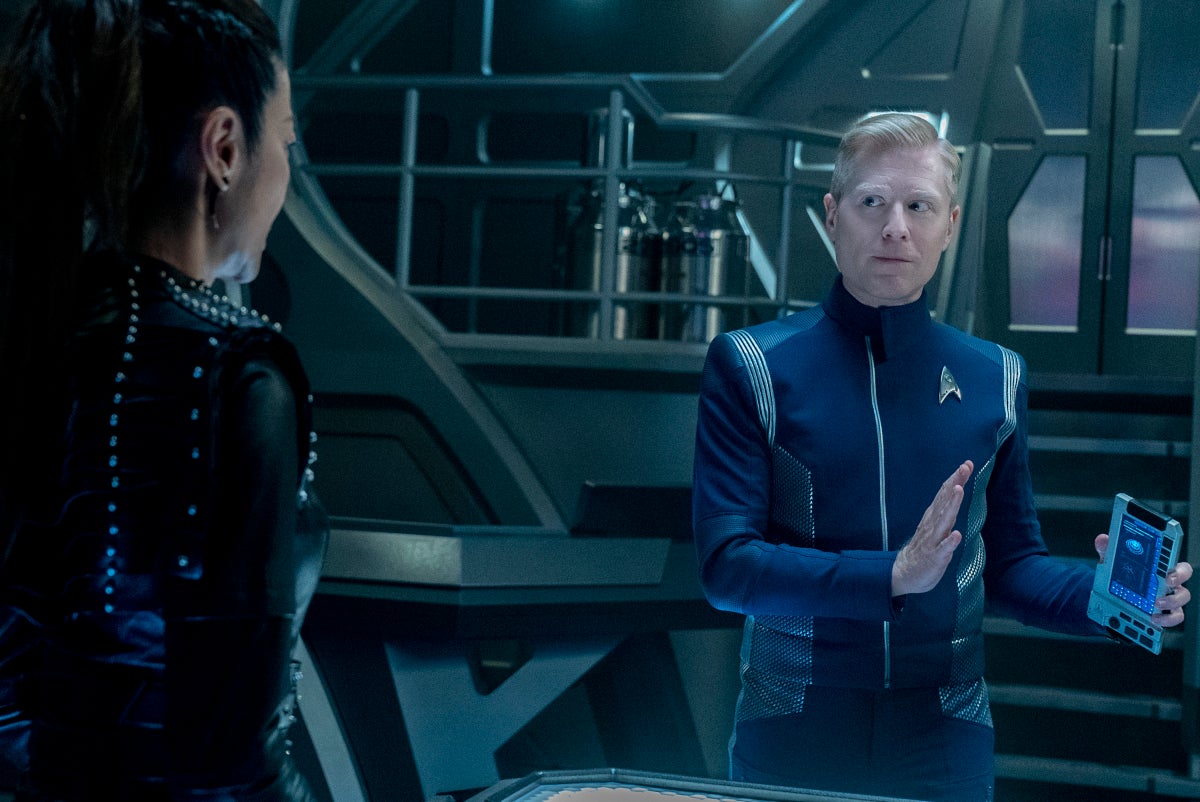 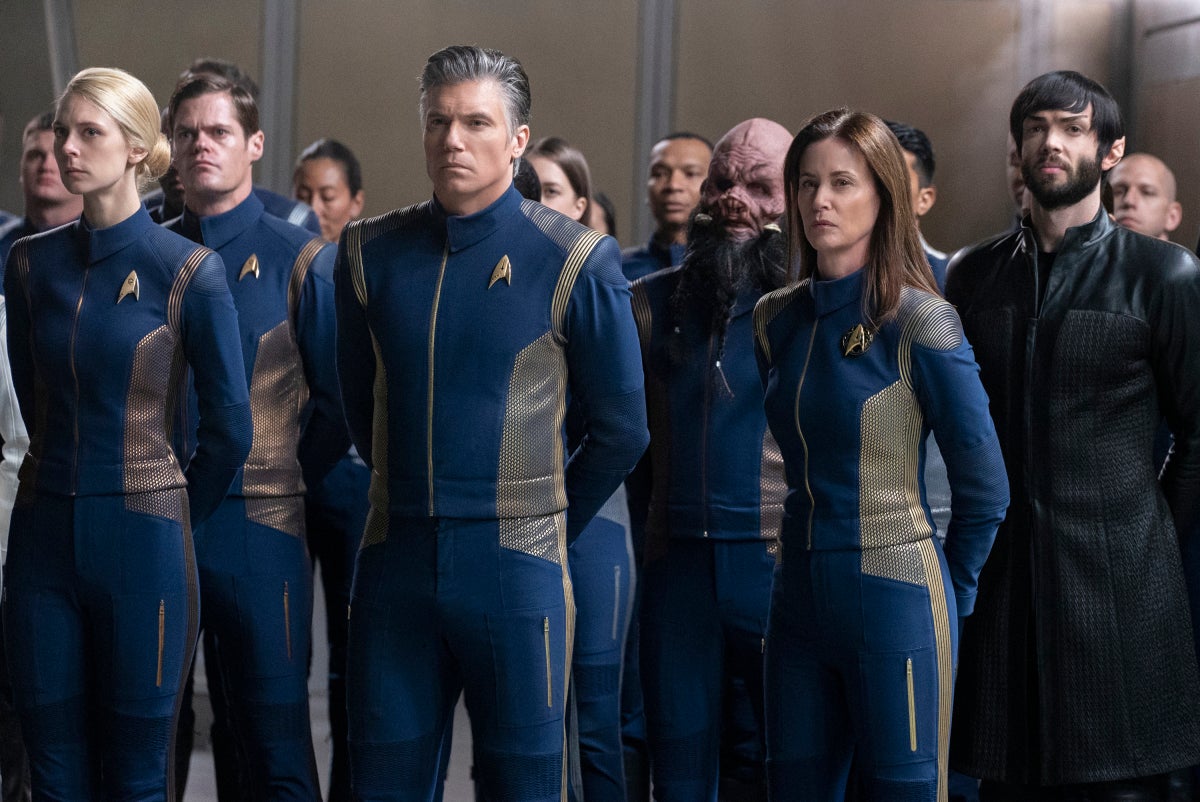 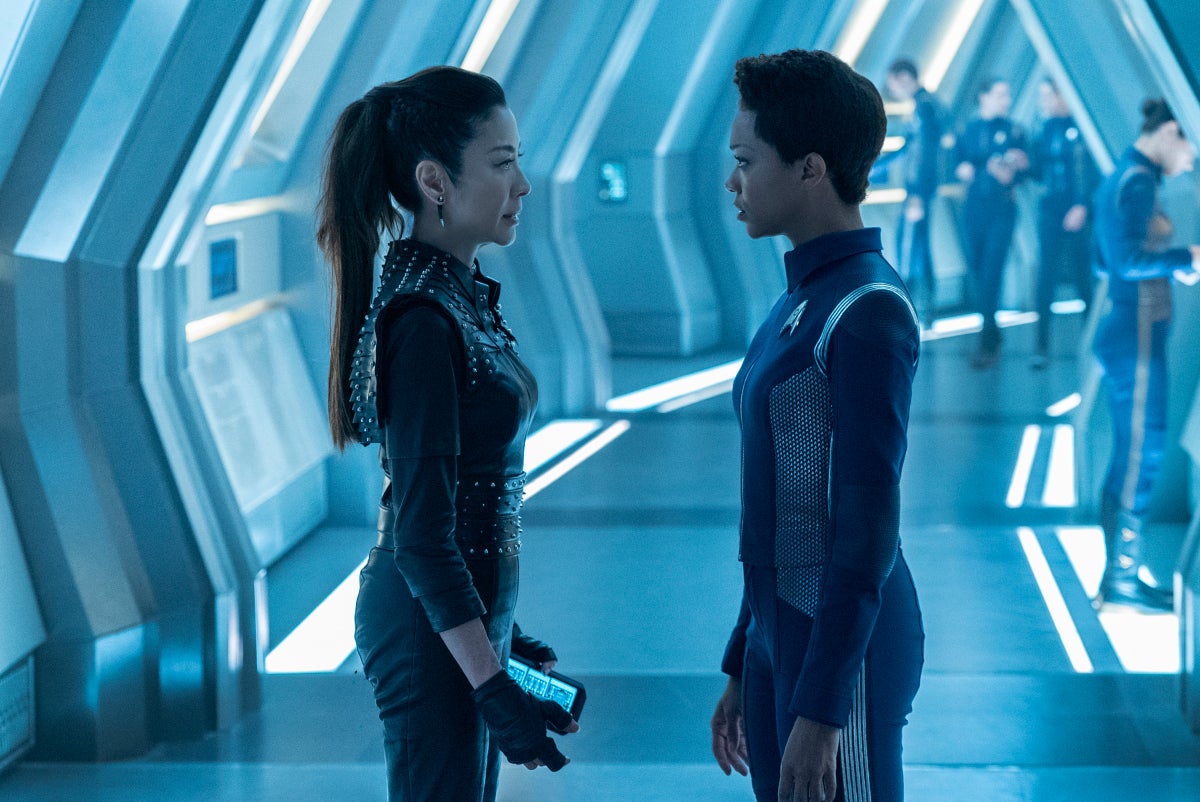 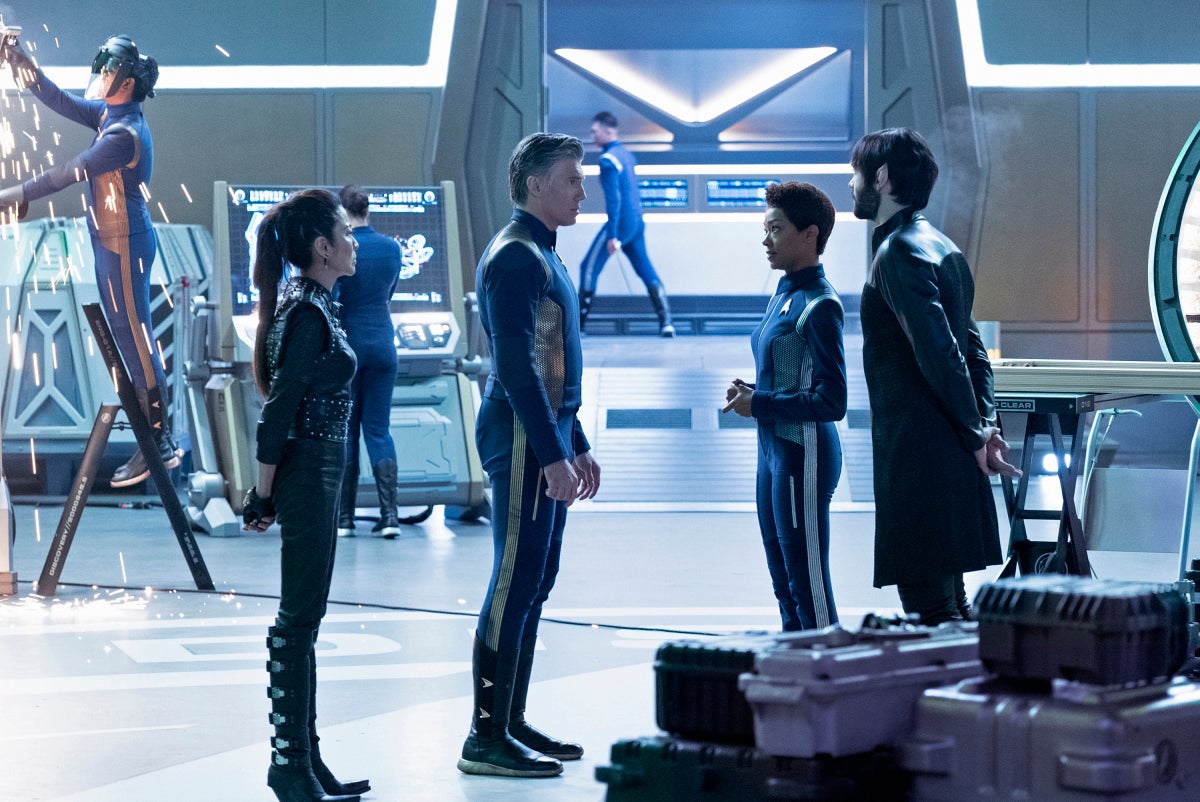 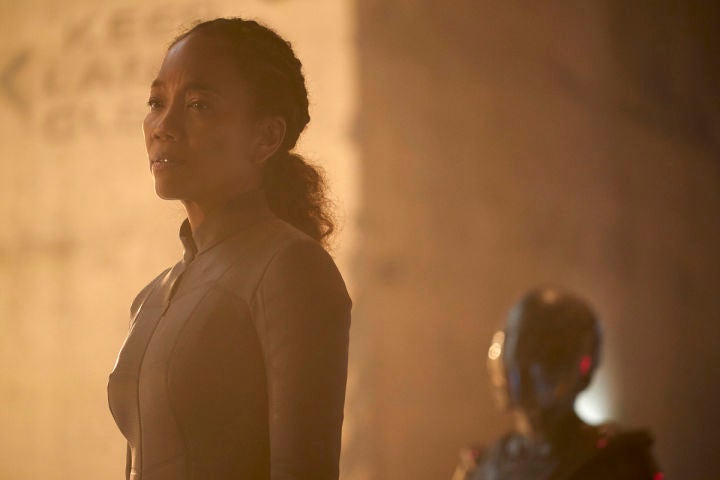 The interplay between the two is also the episode’s greatest strength, as both actors are terrific. Martin-Green, in particular, continues last week’s excellent work here, proving that she truly has come into her own as Michael Burnham during these first two seasons. The fact that her mom won’t even see her at first — a mother who she thought was dead for the past 20 years — is heartbreaking, and Martin-Green really conveys all the resulting mixed-up emotions Michael is feeling as a result.

That Dr. Burnham has given up on hope itself is a fairly crushing concept, especially in the utopia-ish world of Star Trek. But one supposes that seeing your child die over and over again would do that to you. Of course, Momma Burnham comes around in the end — perhaps it’s the love that Michael shows for her that brings her back from the edge of emotional desolation. And while all is seemingly lost for Dr. Burnham by the close of this episode, with her sucked back 950 years into the future, I figure not only will we see her again, but she’ll also somehow wind up actually dying in the past at the hands of those Klingons, just as Leland said she did. The question is, and to paraphrase Jim Kirk himself, will she make a difference with her final act?

It’s also nice to see how Spock and Burnham’s relationship has sort of been flipped, and now he’s the one who’s counselling her on how to move past her current predicament, whereas it wasn’t that long ago where it was the other way around. Ethan Peck has settled into this iteration of Spock pretty well at this point, a somewhat less rigid version of the Vulcan who, when he calmly says something like “I like science,” gives the impression that he’s yelling it with all of his heart. Great moment.

And then there’s the business with Leland, who while it turns out wasn’t killed last week by the Control AI, sure seems to be in a bad state this week. He’s filled with Control nanites here and his mind is completely subsumed by the computer intelligence, which then begins to impersonate him. But Georgiou and Tyler to a lesser degree are on to him, and it all culminates in a bang-up phaser fight down on the planet, complete with emergency beam-out and carpet-bombing the site from orbit with photon torpedoes. You can’t go wrong.

Questions and Notes from the Q Continuum:

A nice, emotional episode for Michael Burnham affords Sonequa Martin-Green another acting showcase, but the segment also has its fair share of action and pyrotechnics. “Perpetual Infinity” is also filled with a ton of plot, adding to what is becoming a sometimes confusing season, but we’re also now approaching the point where all of these story threads are going to have to converge for the final few episodes of Season 2. Hopefully it will all make sense!