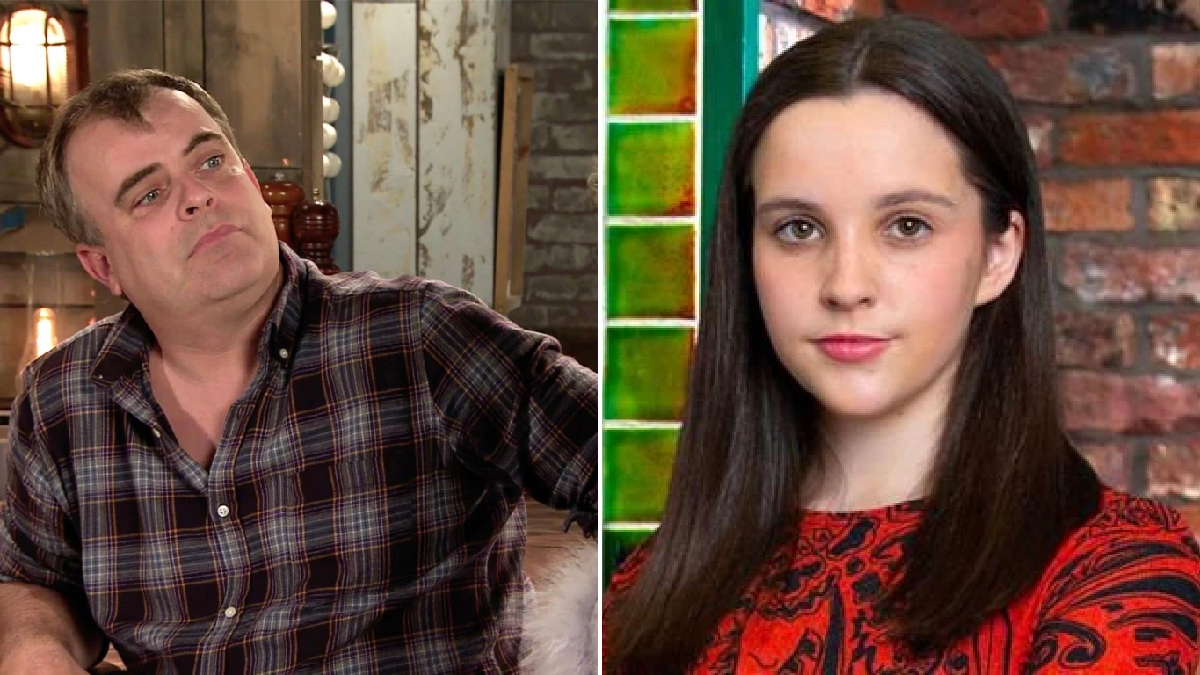 Steve McDonald (Simon Gregson) is never going to be the kind of dad who will be relaxed about who his daughter Amy (Elle Mulvaney) is hooking up with in Coronation Street.

In fact, we have even seen him interfering with Emma Brooker’s (Alexandra Mardell) choice of boyfriend, despite him knowing her as his daughter for just over a year.

But he is about to get an extra shock when Amy finds a new romance – and the lad’s identity leaves him reeling.

Coronation Street isn’t revealing right now who Amy’s new partner is but how is he connected to Steve? And will he take steps to end the relationship?

It is just one of several major storylines planned for 2022.

A spokesperson for the soap said: ‘After the dramatic events of 2021 you would think the residents of Britain’s favourite street would be looking for a quieter start to 2022, but although the storm clouds gathering this time are metaphorical, there may be just as much damage.

‘Sarah and Adam are hoping to cement their relationship by starting a family, but when Sarah’s new friend Lydia turns out to be someone from Adam’s past, could all Sarah’s dreams turn to nightmares?

‘David Platt and Chesney Brown find that parenting can cause problems whatever your child’s age. Meanwhile, Steve McDonald is shocked when he discovers the identity of Amy’s new boyfriend.

‘Secrets and lies seem to follow Steve’s other daughter Emma around but, when she and Faye make a terrible mistake, this time it is Emma who agrees to keep tight-lipped about what they have done.’

It sounds like Steve is in for quite the new year courtesy of his daughters!