What more is lurking in the Upside Down? This is what viewers have been asking themselves since the season three finale aired in July 2019. The smash-hit sci-fi thriller took a step into 1985 in season three but a shocking finale left the fate of several fan-favourite characters unanswered, including Eleven (played by Millie Bobby Brown). After a teaser trailer was released that showed a major character in peril, star Sadie Sink has recently teased fans about what they can expect from the new season.

Season four of Stranger Things is currently in production and many photos have been leaked from the set, which has led fans to speculate the future of the beloved characters.

Series creators and writers The Duffer Brothers issued a statement recently updating fans about the show.

They said: “We’re excited to officially confirm that production on Stranger Things 4 is now underway — and even more excited to announce the return of Hopper!”

However, the pair confirmed that Hopper (David Harbour) is in grave danger in Russia and will face “dangers both human… and other”. 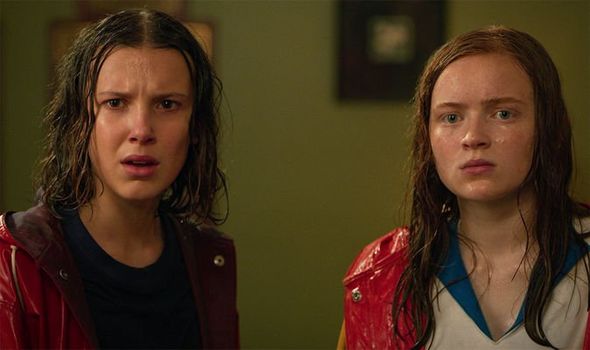 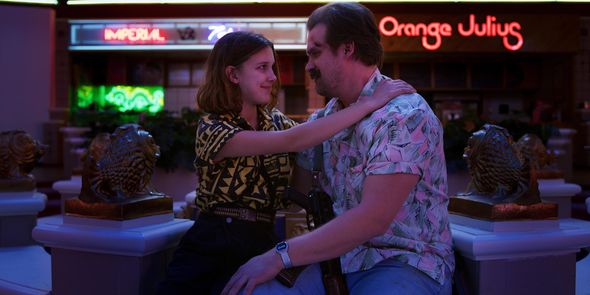 They also teased fans that a “new horror is beginning to surface” and something mysterious will connect all the mysteries.

Star Sadie Sink, who portrays the feisty Max Mayfield, has also dropped a few hints about the newest season.

Speaking to the PA News Agency, Sink stated that the upcoming season is “really, really dark”.

She detailed her shock and surprise at the show’s production scale and that season four is “bigger” than ever before, with really high stakes for the group.

“But there’s something about this season, it’s really intense,” Sink continued. 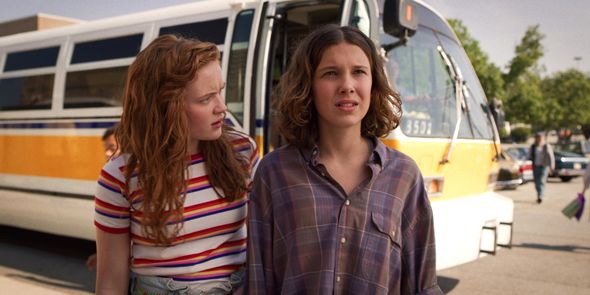 However, recent on-set photos suggest that Eleven could be the one in the most danger.

The series is currently filming in Atlanta but the set photos that were released online have sparked concern for the troubled telepath and left many wondering if she will die in season four.

In the photo, Eleven is seen unconscious on a stretcher with a paramedic giving her oxygen.

Eleven’s abilities have taken a major toll on the teenager in the past, so will she meet her demise in the “intense” next season?

Eleven disappeared in the season one finale and her friends believed she was dead.

However, she was saved by Jim Hopper who took her in and later adopted her.

Though the ominous photo is also worrying for viewers as Hopper previously lost a daughter, so will he suffer the same tragedy twice?

There is also the issue of Doctor Martin Brenner (Matthew Modine), Eleven’s father figure who conducted horrific experiments on the young girl for years.

In the teaser trailer, it appears that Brenner isn’t dead at all and can be heard whispering: “Eleven, are you listening?”

No matter how the doctor returns in season four, it is evident that he will play a major role in Eleven’s life.

The doctor has toyed with the teenager both physically and mentally and, judging from the trailer, he clearly still has a grip on her psyche.

Will Eleven survive the events of season four, or will the “intense and dark” season revolve around her death?

All seasons of Stranger Things are available on Netflix now.