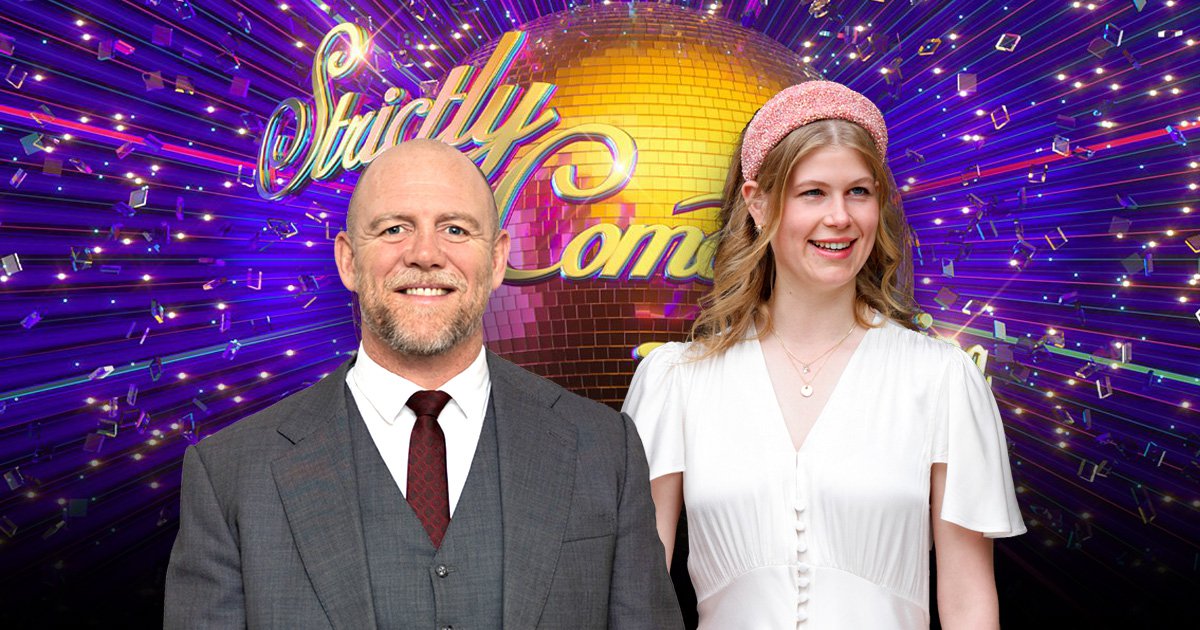 Strictly Come Dancing bosses are said to be eyeing up royal contestants for this year’s 20th-anniversary series.

While it’s already been reported that Prince Charles and Camilla are actually planning to host the beloved BBC show for a live episode inside the walls of Buckingham Palace, it’s also been claimed that producers are hoping to sign Mike Tindall and Lady Louise Windsor.

‘The team are doing all they can,’ an insider said. ‘In the year of the Platinum Jubilee, it has been a real priority.’

The source added to The Sun: ‘It would be an incredible coup to secure a royal.’

England rugby star Mike, 43, who is married to Princess Anne’s daughter Zara, is believed to have been on producers’ radars for a while.

Lady Louise, who is the daughter of Prince Edward and Sophie, Countess of Wessex, recently came into the public eye during the Queen’s Platinum Jubilee celebrations.

The publication claims other royal names floating about for the new Strictly series include model and socialite Lady Amelia Windsor, 26, who is the granddaughter of the Duke of Kent.

Claudia Winkleman’s half-sister Sophie, who shot to fame on Peep Show, is also said to be of interest. The actress married the Queen’s second cousin, Lord Fredrick Windsor, in 2009.

Reports that royals have been eyed-up for Strictly come just days after reports Prince Charles and Camilla have been making secret plans with the BBC.

‘Charles and Camilla are very much driving this and the BBC couldn’t quite believe what was being offered.’

Another insider told The Sun that the Queen is just as big of a Strictly fan as Charles and Camilla, ‘so there is a real desire and energy to make this happen.’

The source added that it would be a ‘wonderful treat’ continuing the celebrations of the Queen’s Platinum Jubilee this year.

During the pandemic, Camilla made a surprise appearance on a Strictly montage, where she thanked the show’s cast and crew for lifting sprits.