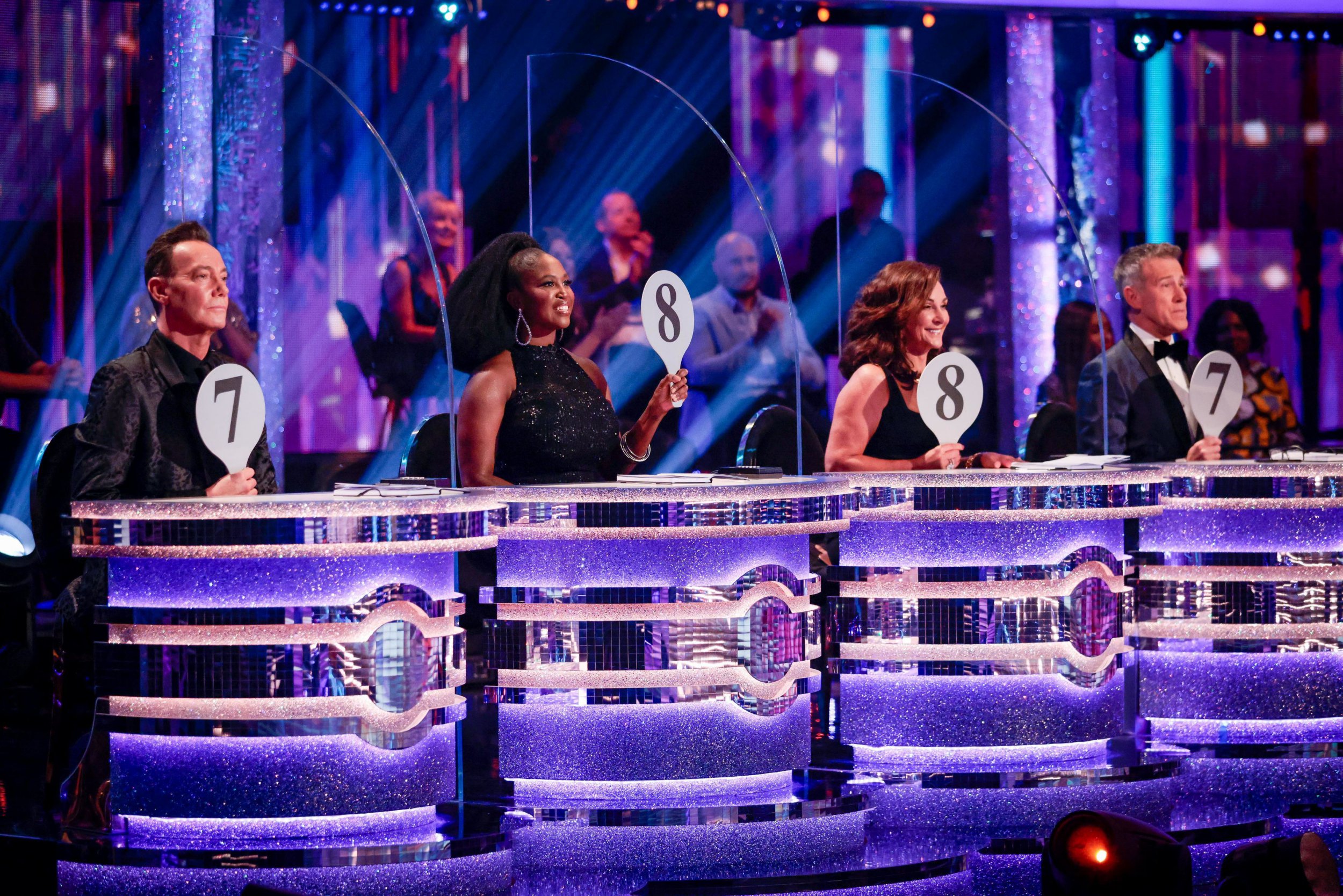 There’s so much great stuff to say about this season of Strictly.

There have been no contestants with loads of dance experience, the new pros have proven their worth (Nikita disrobing in the Dance Off? That’s one for the Hall of Fame!), and we have what could be one of the show’s best-ever final fours – not only made up of the most exciting dancers, but also pleasingly diverse.

For all its wins, though, this season feels like it has frustrated its audience like never before with one particularly inconsistent element: the judges’ scoring.

Look, I love this panel. Craig Revel Horwood is harsh but fair, and unlike other stereotypical Mean Judges, he’s straight-talking without being spiteful. I imagine wheezing for air after a high-octane routine and having him read you to filth must actually be quite thrilling.

Anton Du Beke seems like a comfortable fit behind the desk (I wouldn’t be mad if he replaced Bruno Tonioli for good), Shirley Ballas brings far more technical insight than Len ‘You Came Out And Gave It A Go’ Goodman, and Motsi Mabuse is… well, she’s just an icon.

But good Lord, after this series, they need a very stern talking-to about the way they use those godforsaken scoring paddles. There have been weeks where the leaderboard rankings have felt as convincing as a punchline delivered by Tess Daly.

Dan Walker’s regular nines, Tilly Ramsay’s controversial 40, AJ Odudu’s whiplash-inducing ricochets from the top of the leaderboard to the bottom… And it’s Dan in particular who has unwittingly become the face of the chaos.

On a technical level, he was one of the weaker dancers. Not ‘Ann Widdecombe bad’, not by a long shot – but there came a point mid-series where the others had clearly developed their skills to a far more advanced level, and yet he was still being regularly gifted with eights and nines; seemingly scored on a totally different scale to his co-stars.

It’s not that he wasn’t decent, or that he didn’t improve, or that he and Nadiya Bychkova didn’t make for a great partnership. He certainly didn’t deserve the outright hateful trolling he had in his inbox.

But look at his tango this past weekend. Fairly decent, sure – but a nine from Shirley? A nine? Despite all the issues that were raised with unwanted rise-and-fall and poor posture? Did she really think it was of the same quality as Sara Davies’ show-stopping tango from a few weeks earlier; and only one mark shy of Rose and Giovanni’s on Halloween?

Obviously, the judges are all incredibly qualified experts in their field; far more knowledgeable than us mortal viewers. I can barely critique the arm-ography of a girlband challenge on Drag Race, let alone the intricacies of Strictly. But that’s why we need the panel to tell us – fairly and without prejudice – how genuinely good a dance is.

Sure, all art is subjective; and Motsi has said a couple of times how emotion and feeling is just as important as technique, if not more so.

But judging on things like entertainment value, on likeability, on recovery from mistakes, on ‘it wasn’t great, but it was great by your standards’… that’s what the public vote is for.

That’s why we need the judges to mark everyone on the same scale. A nine for Dan Walker should be of the same standard as a nine for John Whaite. Leave us at home to decide the other factors.

After Anton gave Dan a nine for an American smooth a few weeks ago (and Craig, by comparison, gave him a four), he told Claudia Winkleman in the results show: ‘I think about Dan in week one and I think about Dan now. I judge Dan against himself, and I don’t know if anybody’s improved more in this competition.’

The trouble with that is that Dan ended up being comparatively overmarked, while in the same week, AJ was rushed to the bottom of the leaderboard for failing to live up to her own usual high level. That Dan ended up with the higher score did not sit well at all with many viewers on social media (‘AJ and Kai’ were trending all night), and understandably so. It looked like AJ had clearly delivered the technically stronger routine – so why did the judges, who are there to mark the dancing, place her lower?

AJ, in fact, has arguably suffered the most in terms of undermarking. She’s had the opposite problem to Dan.

It’s not that she hasn’t had her messy weeks, but it’s hard to believe that her incredible Charleston wasn’t worth a 40 in the same universe as, say, Tilly and Nikita’s Matilda number was. Don’t even get me started on the time the otherwise delightful guest judge Cynthia Erivo gave Dan’s stiff rumba a nine and AJ’s breathtaking Couples’ Choice an eight. I was so angry, I… composed a strongly-worded tweet.

Of course, for all my whinging, Dan clearly had the public support anyway. Despite the generous marking, he still regularly finished near the tail end of the leaderboard and was saved by the viewers right up to the quarter finals.

Sections of the public loved his humble and affable nature and his ‘everyman’ personality. Granted, the whole ‘he’s doing it for the non-dancers!’ narrative stunk a bit considering all of this year’s celebs are non-dancers (funny how inoffensive white men tend to get the ‘aw, he’s having a go’ vote more than anyone else, but that’s another discussion) – but that’s what the public vote is there for.

The public should be able to reward someone’s individual journey. We just need the judges to avoid doing the same, and mark everyone on the same scale.