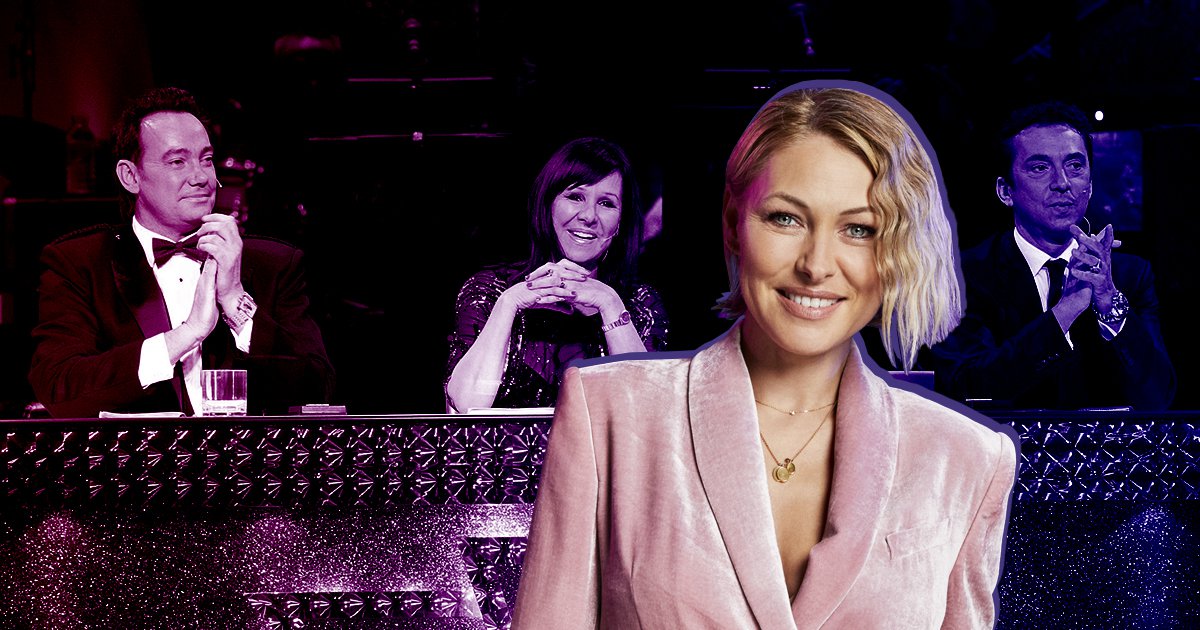 Emma Willis has teased her debut on Strictly Come Dancing 2021 after revealing a long-held ambition to appear on the programme.

The presenter said she would do the show ‘in a heartbeat’ after The Circle was axed earlier this year.

The Voice host admitted that she’d been asked before to star on the hit BBC programme, but never been able to find the time before due to filming clashes.

‘If I had time, I would do it in a heartbeat. Like, I absolutely love it,’ Emma told The Sun.

‘I’ve been asked in the past but it’s always the time of year when we’re filming The Voice and The Circle.’

The 45-year-old added: ‘The Circle is not happening this year, but let’s hope The Voice is — otherwise I will be doing Strictly.’

Emma is currently hosting Cooking With The Stars, which stars Strictly judge Shirley Ballas and is set to arrive later this month.

When asked if Shirley had tried to persuade her to take part in the BBC competition, Emma responded: ‘She does not need to convince me to go on Strictly.’

It comes after The Circle was dropped by Channel 4 after three series, sparking an outcry from loyal fans who widely hailed it as the best reality series on British television.

Emma hosted the show from its first series in 2018. As well as The Circle and The Voice, Emma presented Big Brother and Celebrity Big Brother and started her career as a presenter on MTV in the early 00s.

The rumours have already begin to spread about the upcoming Strictly line-up for 2021, with the show reportedly hoping to get GB News anchor and co-founder Andrew Neil to take part – just as the star takes a break from his news channel weeks after it launched.

Strictly has so far only confirmed the professional dancers and judges for 2021 with the celebrity contestants yet to be revealed.

The news follows claims Strictly have decided to ditch the ‘age ban’ and welcome the over-60s for the new series.

Strictly Come Dancing is due to arrive on BBC One later this year.