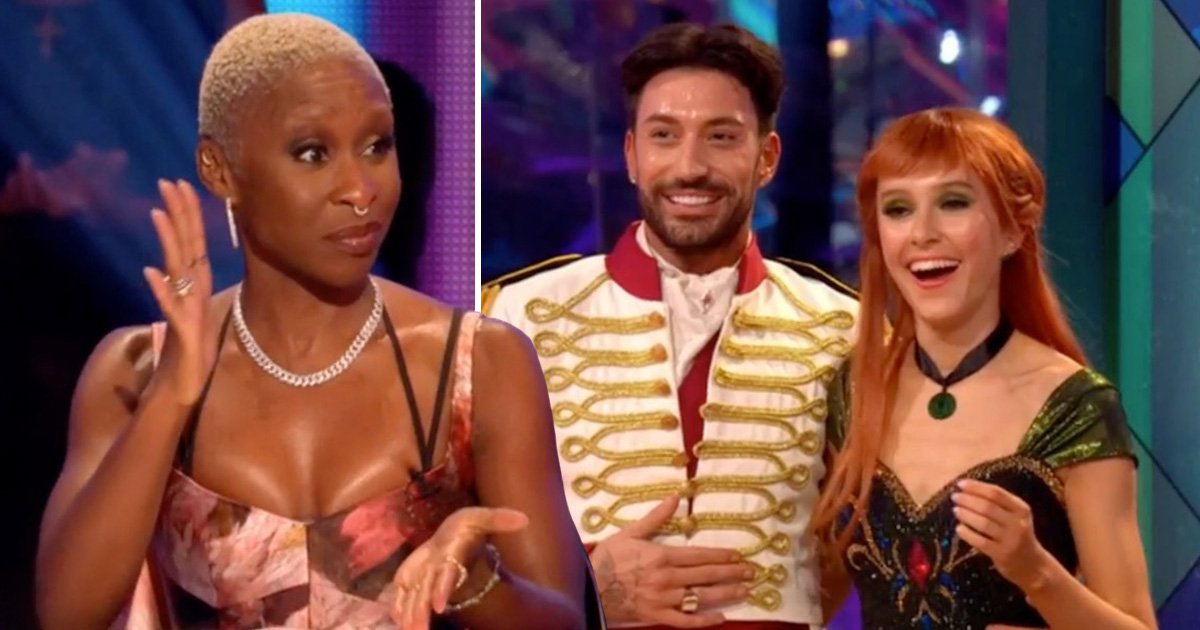 Strictly Come Dancing fans were full of praise for guest judge Cynthia Erivo when she used sign language to communicate with Rose Ayling-Ellis after her Frozen-inspired routine.

Last week, EastEnders star Rose and her partner Giovanni Pernice astounded viewers by briefly dancing in silence during their performance, in a move that celebrated the Deaf community.

Tonight, they brought the magic of Disney to the dancefloor, playing Anna and Hans from the 2013 animated classic.

After their routine, they received glowing praise from the judges, including Oscar nominee Cynthia, who temporarily took Craig Revel Horwood’s place on the panel after he tested positive for Covid.

When presenter Tess Daly asked the Harriet star what she thought of Rose’s characterisation in the dance, Cynthia responded by using sign language while telling the star that she is ‘joyful’.

‘That was so much fun to watch, and you managed to get all the characterisation and the mood and the feeling all in one. It was gorgeous, so thank you,’ she said.

Strictly fans commended Cynthia for signing to Rose, with one person tweeting: ‘Rose’s face lit up when Cynthia signed to her and I think that really sums up just how amazing it’s been to have her on a prime time show.’

‘Aw Rose’s face when Cynthia signed to her! That was special. Great addition to the judging panel,’ someone else said.

‘Wow!! That was so so special that Cynthia signed to Rose herself. So so beautiful,’ another person remarked.

The Strictly Come Dancing 2021 results show airs tomorrow at 7.15pm on BBC One.