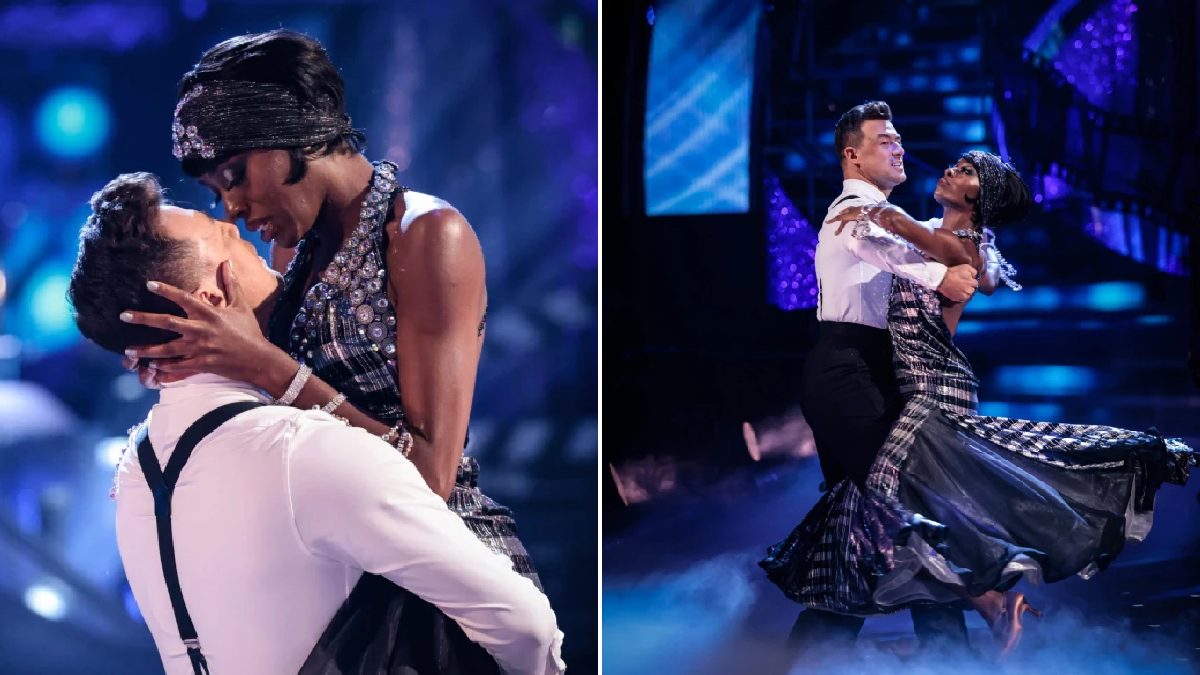 Sparks are said to be flying between Strictly Come Dancing’s AJ Odudu and Kai Widdrington.

The 33-year-old presenter has been growing closer to her professional dancer, 26, during their rehearsals together and they have ‘really hit it off’ according to reports.

‘Everyone backstage is talking about the sparks flying between AJ and Kai,’ an insider said. ‘It’s very passionate and intense whenever they’re together.

‘They’re both single and have really hit it off and everyone on the show is saying it’s only a matter of time.

‘They’re always laughing and flirting — romance is 100% on the cards.’

The source added to The Sun: ‘Kai is totally AJ’s type. He’s got loads of banter and he’s been blown away by her, too.’

Kai is single after parting ways with his dancer girlfriend Giulia Dotta earlier this year after five years together.

AJ, meanwhile, recently shared she tried out the dating apps after struggling to meet a partner.

‘I’ve used Raya in the past and apps like Hinge, but no I just don’t meet anyone, aside from TV programs I’ve done, I just don’t bother,’ she said before making her Strictly debut.

‘I’m still hoping that I’ll meet my man through a friend and he’ll of been there all along, you know what I mean?’

The couple received 35 points from the judges during Saturday night’s Movie Week show with their epic American smooth to I Have Nothing from The Bodyguard.

AJ admitted she had been struggling with ‘self-doubt’ this week after taking to the stage, saying she really wanted to execute the dance well.

‘I didn’t want to let anyone down, especially Kai, with such a beautiful dance.’

She certainly didn’t let anyone down, with Kai pointing out: ‘This girl works so, so hard.’

‘She’s a dream partner and it’s my pleasure to dance that dance with her,’ the pro dancer added.

Metro.co.uk has contacted reps for AJ and Kai for comment.

Strictly Come Dancing airs tonight at 7.10pm on BBC One.