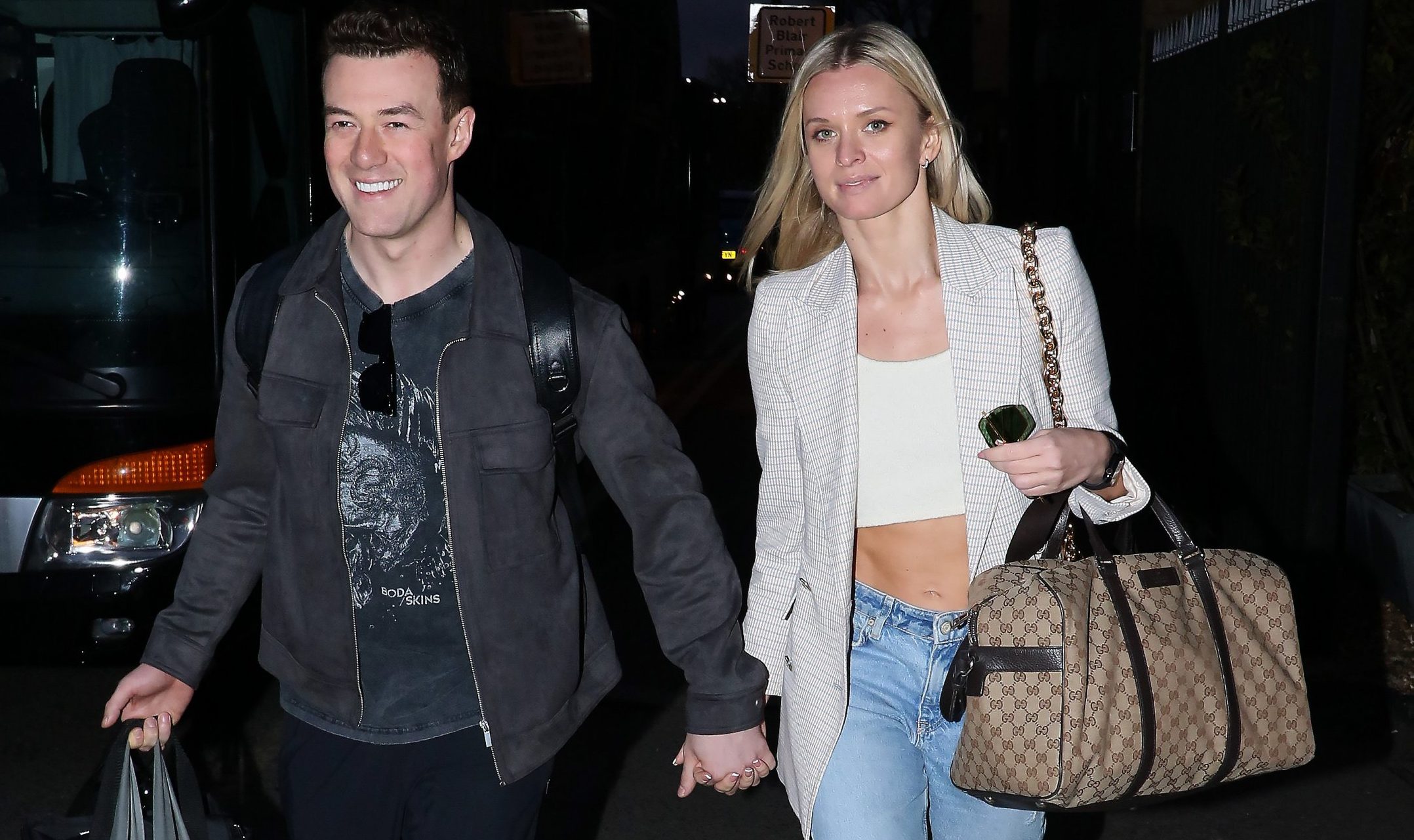 Strictly Come Dancing professional dancers Kai Widdrington and Nadiya Bychkova have appeared to confirm they are dating after months of rumours.

But the pair became subject of romantic speculation earlier this year, after they were spotted looking cosy on the show’s yearly tour.

New pictures have shown them beaming as they stepped out in public together, while holding hands.

They emerged following a day of rehearsals for the Strictly pro dancer tour which kicks off in Manchester on April 28.

The pair looked relaxed as they dressed casual for the evening in north London.

Kai was sporting navy joggers, with a grey t-shirt and suede jacket – finishing off the look with some white trainers.

She completed the outfit with white heeled mules and a Gucci holdall bag.

They both were seen getting into a cab as they headed off for the night.

It comes after Nadiya shared a snap on her Instagram stories appearing to hold hands with Kai as they dined out at The Ivy in London – although his face was not visible in the picture.

The dancing duo have reportedly been dating since January, shortly after Nadiya split from her ex-fiancé Matija Škarabot.

It’s thought the new couple are sharing a London home now Nadiya is back in the UK after travelling to Slovenia to see daughter Mila, according to The Sun.

It’s already been confirmed they will both be returning to the 2022 series of Strictly Come Dancing, following the exits of Aljaz Skorjanec and Oti Mabuse.

Speaking about her involvement in the new series, Nadiya said: ‘I’m so excited to be back on the biggest show on telly. I can’t wait to start my sixth series on BBC Strictly.

‘It is such a privilege to be part of the show that is so important to many people. I love dancing, I love teaching and I love being part of a programme which puts smiles on millions of faces. Let’s do this.’

Kai said: ‘I’m back from my second series of Strictly. Let’s go.’

But they’ll still have to wait a while to find out whether they’ll be paired up with a celebrity once again.

Metro.co.uk has gone to reps for Nadiya and Kai for comment.

Strictly Come Dancing returns later this year to BBC One.