Kieran Culkin sure stands out among the Succession cast members as Roman Roy. For one thing, he’s the only Roy sibling who accidentally sent an obscene photograph to his father, Logan (Brian Cox). Each Roy responds to Logan’s favoritism and absenteeism differently. Roman quite often makes a mockery of the business and mouths off during meetings. There was one habit that Culkin didn’t even notice until fans pointed it out to him. 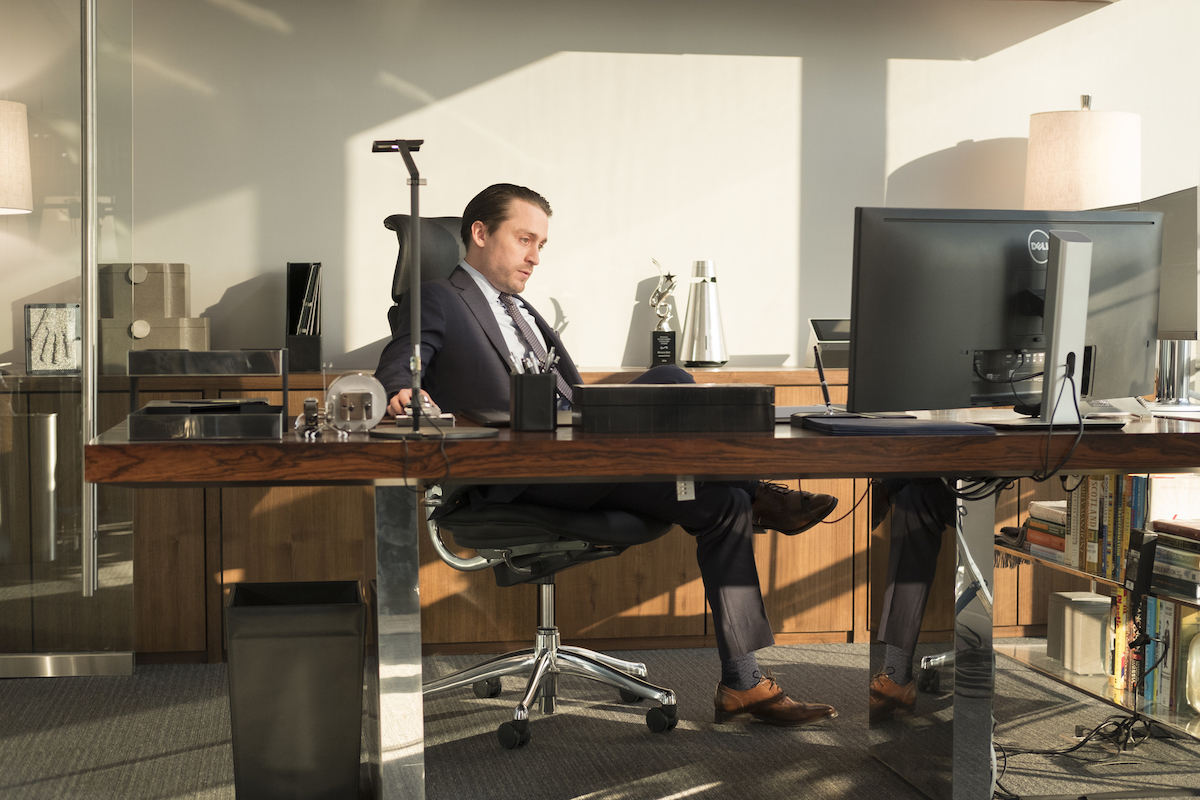 Culkin was a guest on Conan O’Brien’s podcast Conan O’Brien Needs a Friend on Dec. 26. A fan of Succession, O’Brien pointed out how Culkin is the one Succession cast member who never quite sits in a chair. So Culkin explained how that came about. All three seasons of Succession are now streaming on HBO and the show has been greenlit for season 4.

Culkin said he doesn’t quite analyze his performance as Roman Roy. He acknowledged that he quite often makes interesting decisions with chairs once people called his attention to it.

“I’m not too aware of it,” Culkin said on the podcast. “I didn’t notice the sitting thing until people brought it up, I think that was the first season. Like oh look ,this guy doesn’t know how to sit in chairs. Then I had to see a few images and go I guess, that was just one choice. When you put it as a series, yeah, that’s sort of bizarre. I think some people think that’s written in the script but it’s not.”

‘Succession’ creators forced Kieran Culkin to sit down once

There was one scene we shot where Mark Mylod asked me to sit down. We sort of did that first rehearsal and I got up and I just moved to the corner of the room. I think I was behind some flowers or something and I said, ‘Can I just be here vaguely in this area?’ He goes, ‘I knew you were going to say that. I really need you to sit down this time. Please try it for me.’ Then Jesse Armstrong, the showrunner, came over and they both just said, ‘Can you just try it this once. We kind of knew you were going to do that but we really need you sitting for this moment.’

Culkin did as he was told, but it was a culture shock for the Succession cast member.

“I tried it and they were right but that whole time I felt really uncomfortable,” Culkin said. “I think I’m hugging a pillow or something because I just didn’t know how to just sit still and say words.”

Culkin made it through Succession Season 2 and 3 without changing Roman’s habits too drastically. However, he jokingly worried that O’Brien pointing it out would ruin him for season 4.

“I try not to analyze anything like that too much,” Culkin said. “Now I’m going to be aware of it when I’m shooting season 4. All he does is sit down. He doesn’t move at all, he doesn’t even move his hands, he just sits clutching the arm rests and doesn’t move.”