Meghan Markle gets a shout-out in the final season premiere of USA Network’s “Suits.” Well, at least her character, Rachel Zane, does, as law firm pal Donna (Sarah Rafferty) leaves a voicemail for her.

But executive producer Aaron Korsh says Markle, now known as Duchess Meghan of Sussex, is welcome to return the call – or just return – anytime. “Meghan, if you’re reading this article, the phone is available,” he jokes.

“Suits,” one of the cable network’s biggest hits, is preparing its exit with Wednesday’s ninth-season premiere (9 EDT/PDT). It’s followed by the debut of spinoff “Pearson,” which stars Gina Torres, who played “Suits” attorney Jessica Pearson, as a fixer for the cagey Chicago mayor.

On “Suits,” Markle’s Rachel will be referenced off-camera again when another departed cast member, Patrick J. Adams, returns to the New York law firm as Mike Ross in the season’s fifth episode. At one point, he talks on the phone with Rachel, his wife, who’s home in Seattle, although her voice isn’t heard.

Korsh hints that Adams’ Mike, once the protégé of legal powerhouse Harvey Specter (Gabriel Macht), may return later during the 10-episode final season, but he says he never talked  to Markle about appearing, even in voiceover. 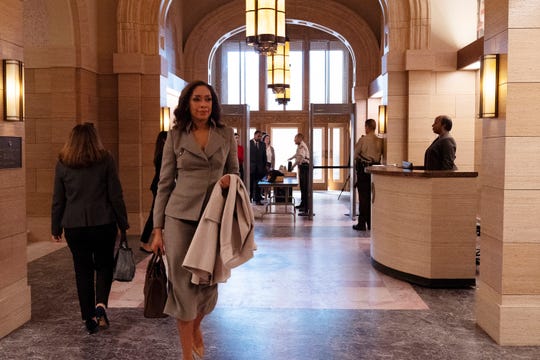 “I think Meghan knows we’d love to have her back (but with) her new life – I can’t imagine the responsibilities, not to mention that she just had a baby – we thought it would be best to let her have her life,” says Korsh, who attended last year’s royal wedding as part of a “Suits” contingent that included Torres, Macht and Rafferty.

Mike returns as the figurative younger brother who’s trying to prove he’s as good a legal mind as Harvey. That rivalry leads to “consequences that play out for the second half of the season,” Korsh says, and draws in law partner Samantha Wheeler (Katherine Heigl), who arrived last season.

The season’s main storylines revolve around two  developments from the end of Season 8: the start of the Donna-Harvey relationship and the law firm’s attempts to recover from the disbarment of lead partner Robert Zane (Wendell Pierce), who took the fall for Harvey’s wrongdoing.

With the firm in danger of failing, the lawyers argue with each other and chafe under the oversight of a strict   overseer (Denise Crosby) appointed by the New York bar after the disbarment of Robert and also  Jessica (Torres) and the revelation of Mike’s fraudulent legal credentials.

A ‘Suits’ goodbye: How Meghan Markle leaves ‘Suits’: A new job and a (non-royal) wedding 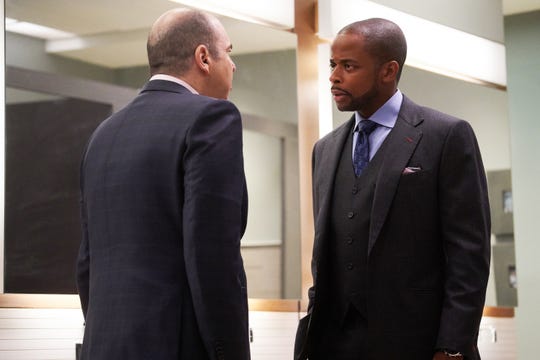 “The last season is about holding up a mirror to our characters and saying we might be rooting for them, but from an ethical perspective, (they) have to deal with the consequences of all their ethical choices of the last eight years,” Korsh says.

Torres’ Jessica may make a “Suits” appearance, although Korsh is still determining how to bring her back without disrupting the spinoff’s effort to establish its own story and tone. 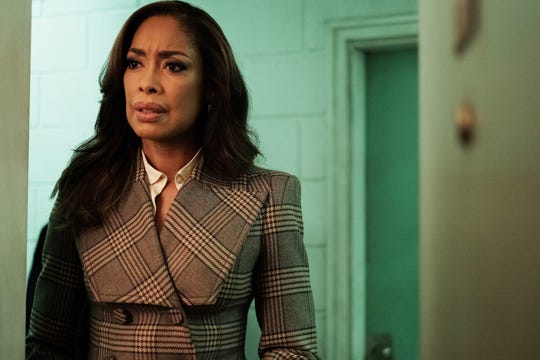 In the new show, Jessica moves to Chicago as a high-powered fixer for Mayor Bobby Novak (Morgan Spector).

Jessica is ” well-known for being relentless, intelligent and unapologetic for being those things,” says Torres. “But we are no longer in the world of corporate law. We are in the world of Chicago politics, which is rife with conflict and corruption. ‘Pearson’ is also based more in real day-to-day issues,” such as campaign contributions, school inequality and housing affordability.

It also presents the broad range of people who live in Chicago. “There’s a greater percentage of our population that is depicted, that is seen. We shoot its diversity, its socioeconomic disparities,” Torres says.

Jessica is more off-balance in this alien terrain, navigating a sometimes friendly, sometimes adversarial relationship with the mayor, while trying to get what she needs from City Hall rivals.

“We wanted to see a Jessica who didn’t have all the answers all the time,” as she often seemed to in Manhattan corporate law, Torres says.

Torres says she had no interest in a spinoff when she left “Suits.”

“I was absolutely done with Jessica,” Torres says. “But I was so fascinated by the 2016 election and the people involved in it. It inspired ‘Pearson,’ because I started thinking of Jessica in that world because she is as motivated (as candidates and officeholders) to get what she wants done.”

She sees a similarity between Jessica and “men and women who go into politics wanting to do the right thing. Somewhere along the line, they have to make a compromise for the greater good, and before you know it, it’s one compromise too many. Are they corrupt or just lost?” Torres says.

Jessica will face many challenges as she tries to make life better for Chicago’s residents.

“She’s now in a very different city that doesn’t like outsiders, and she is not welcome. She has a lot of people to win over,” Torres says. “She will still find a way to make it entertaining in the process, but it’s not going to be easy.”