Sunday Brunch continued as usual this morning on Channel 4, with Tim Lovejoy and Simon Rimmer at the helm. However there was a key difference, as the pair could not attend the studio as normal, they were forced to present from home using their own cameras and microphones.

To makes matters even more complex, the segments of the show which saw Tim and Simon speaking were pre-recorded.

This meant there couldn’t be any of the show’s signature banter between the hosts.

Interspliced between hosting were old chat segments from the show’s glory days, involving performances from Jorja Smith, and interviews with the likes of Ben Elton. 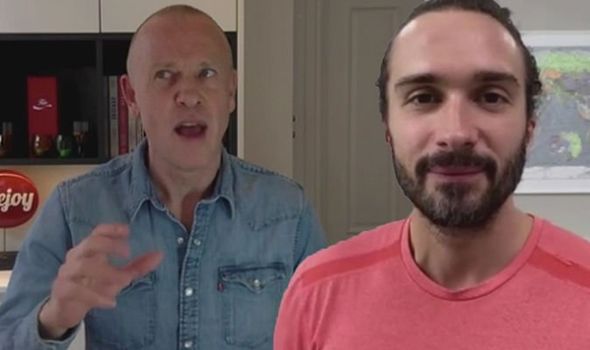 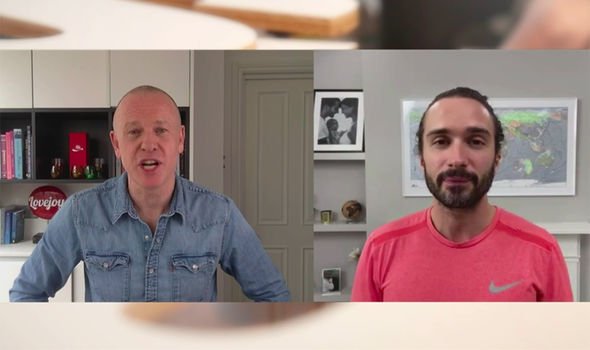 Joe has become an internet sensation during the coronavirus pandemic.

The fitness fanatic has made it his personal mission to keep people fit and active with a daily workout routine on the video-sharing website.

However, when he appeared on Sunday Brunch to chat with Tim, viewers could not stand the sound quality of Tim’s microphone.

Many viewers flocked to Twitter to display their frustration, and pointed out how things could have been a little better during the show. 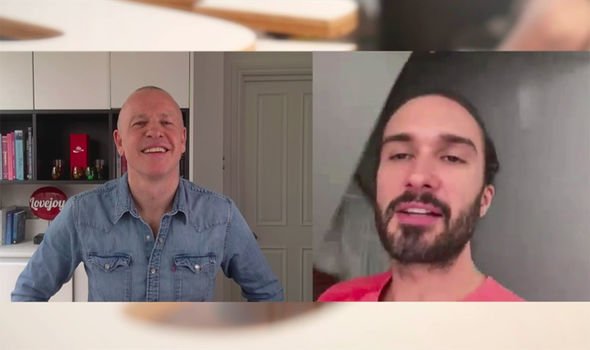 One viewer wrote: “@SundayBrunchC4 sorry to hear you haven’t sorted out the c**p sound.

“One week of it was bad enough guys but two weeks is unforgivable!

Another viewer complained: “@SundayBrunchC4 #SundayBrunch Why did you stick Tim in an echo chamber?”

Some viewers decided they were going elsewhere, as they couldn’t get past the sound issues.

One announced: “I’m off to pull pork. This is rubbish. #SundayBrunch.”

Other viewers were quite happy to see Tim and Simon return to their screens.

One said: “So glad this programme is managing to air, well done. #watchwithTimandSimon.”

Another agreed: “Morning guys, watch your show every Sunday. Love this format and enjoying the banter between you. #WatchWithTimAndSimon.”

“#watchwithtimandsimon Morning @timlovejoy and @simonrim I really look forward to watching the show, keep up the good work! Question – Would you every consider doing a Friday night version of the show called ‘Friday Dinner’?” another suggested.

Thankfully, the Joe Wicks interview continued without a hitch, and left viewers informed about his upcoming sessions.

Sunday Brunch airs Sunday at 9.30am on Channel 4.