Susanna Reid, 50, and Piers Morgan, 55, had been the flagship team manning the programme for the best part of five years. However, discussion and debate about Meghan Markle’s, 39, interview with Oprah Winfrey, 67, saw the pair more divided than ever. After thousands of Ofcom complaints were made regarding the Life Stories star’s comments, ITV has announced the journalist would be leaving Good Morning Britain with immediate effect. Just hours after the statement was released, Susanna began Wednesday’s show by addressing her former co-host’s departure.

The presenter said: “A number of people will, of course, know the news and many of you will not and will be surprised that Piers Morgan is not here this morning.

“Now, Piers and I have disagreed on many things and that dynamic was one of the things that viewers loved about the programme.

“He is, without a doubt, an outspoken, challenging, opinionated, disruptive broadcaster. He has many critics and he has many fans.

“You will know I disagreed with him about Meghan’s interview, he himself clarified his comments about her mental health on [Tuesday’s] show.

“There are many voices on Good Morning Britain and everyone has their say but now Piers has decided to leave the programme.” 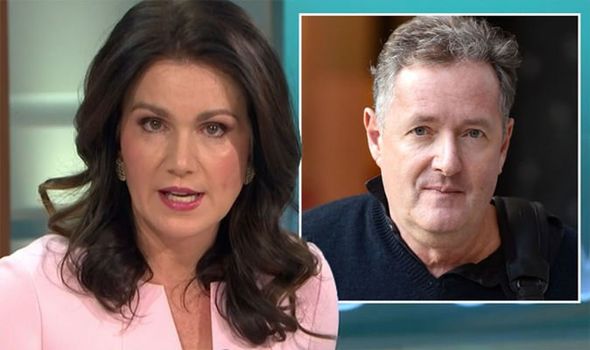 “Some of you may cheer and others will boo. He has been my presenting partner, Monday to Wednesday, for more than five years,” Susanna continued.

“And during Brexit and the pandemic and other issues, he has been a voice for many of you and a voice many of you have rallied against.

“It is certainly going to be very different but shows go on and so on we go,” she concluded as she started to become emotional.

Joining her on the programme in Piers’ place on Wednesday morning was former Strictly Come Dancing star Ranvir Singh, 43.

Certainly going to be very different

The political reporter also addressed Piers’ exit from the show, noticing how emotional Susanna had become.

Ranvir said: “Well said. That can’t have been easy. It’s not easy, is it?

“He’s a big character and lots of people have got in touch to say this was always on the cards, people are glad that he’s gone.

“Many viewers will be absolutely gutted this morning because we had our highest ratings on Monday and there was a reason for that.

“Because people want to know what he thinks – whether they agree with him or not.”