The 48-year-old presenter was asked what she would do if she saw her Good Morning Britain co-host in the nude, but when an image of him in the buff was slowly revealed Susanna watched in shock. 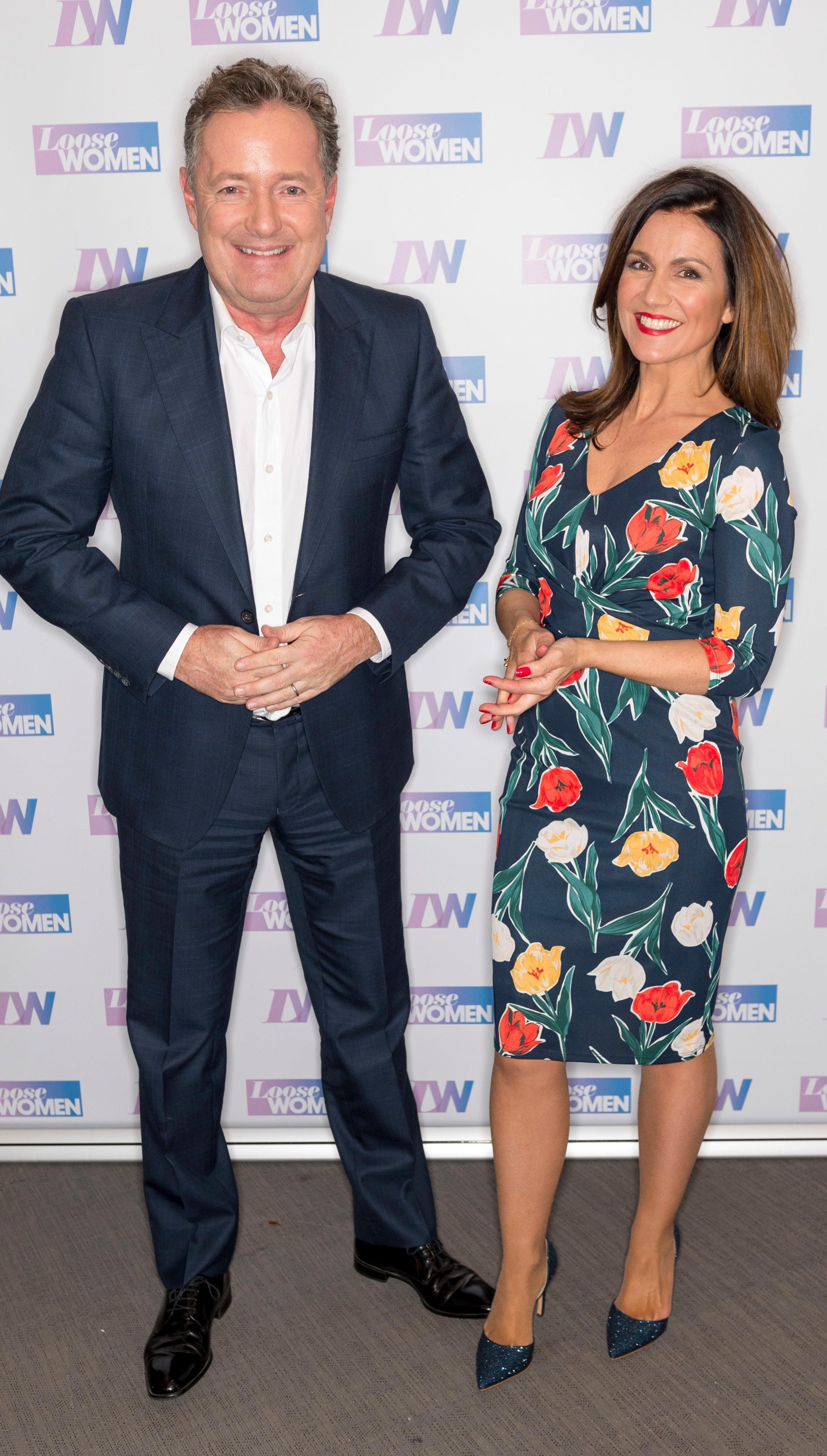 During the programme, centred on the topic "do you let your partner see you naked?", co-host Ruth Langsford asked her panel what they would do if they woke up to see Piers, 53, without any clothes on.

Eamonn Holmes' wife said: "Would you let your partner see you naked? Imagine seeing this in the morning?"

With that an image of Piers' face super-imposed on a toned torso was gradually exposed more and more.

With each section of the body that was unveiled Susanna's facial expressions changed from being shocked, then disgusted, to quite impressed. 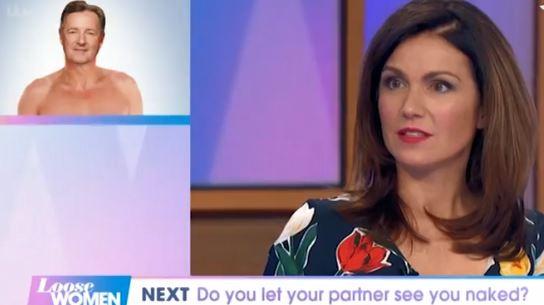 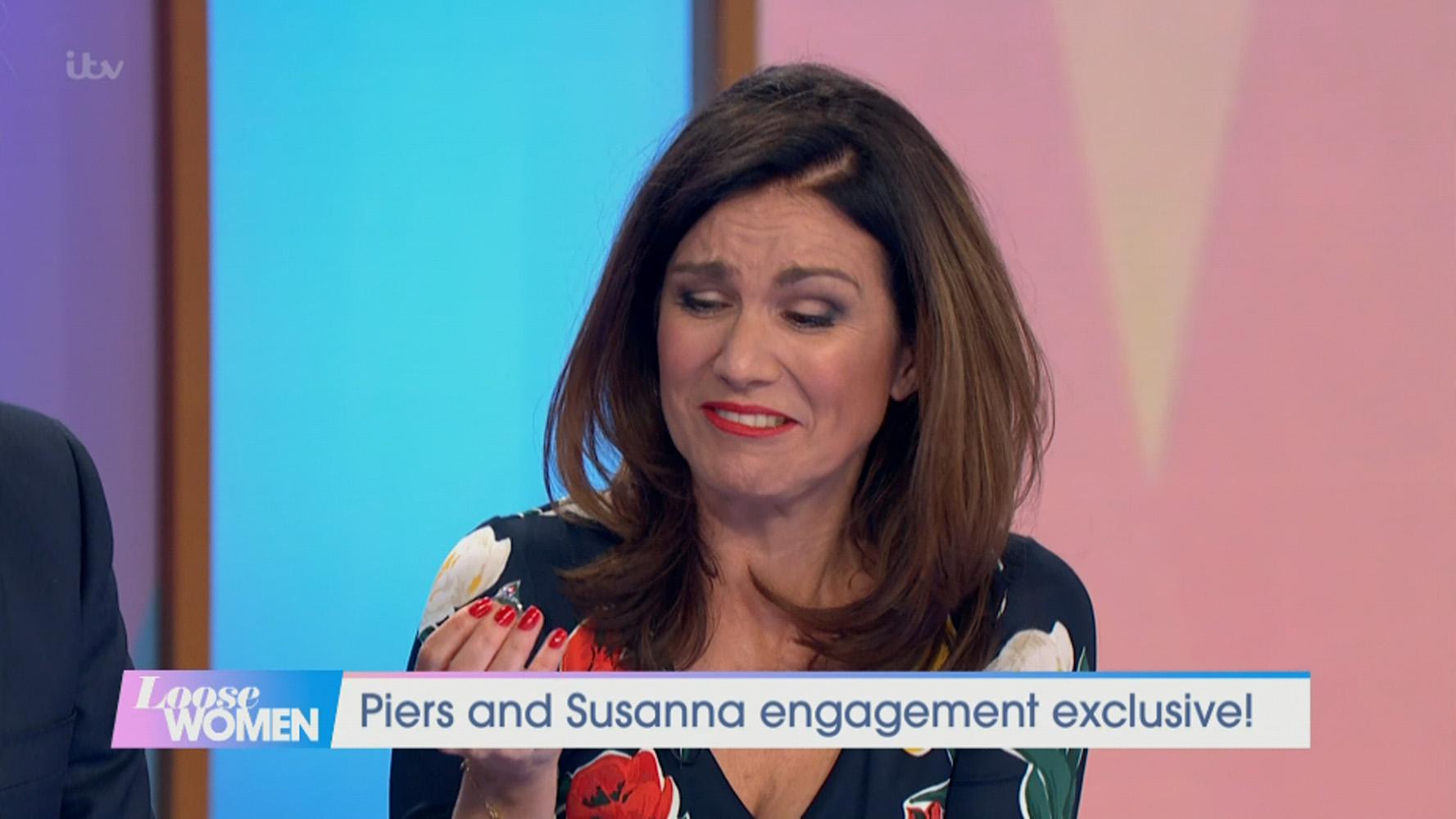 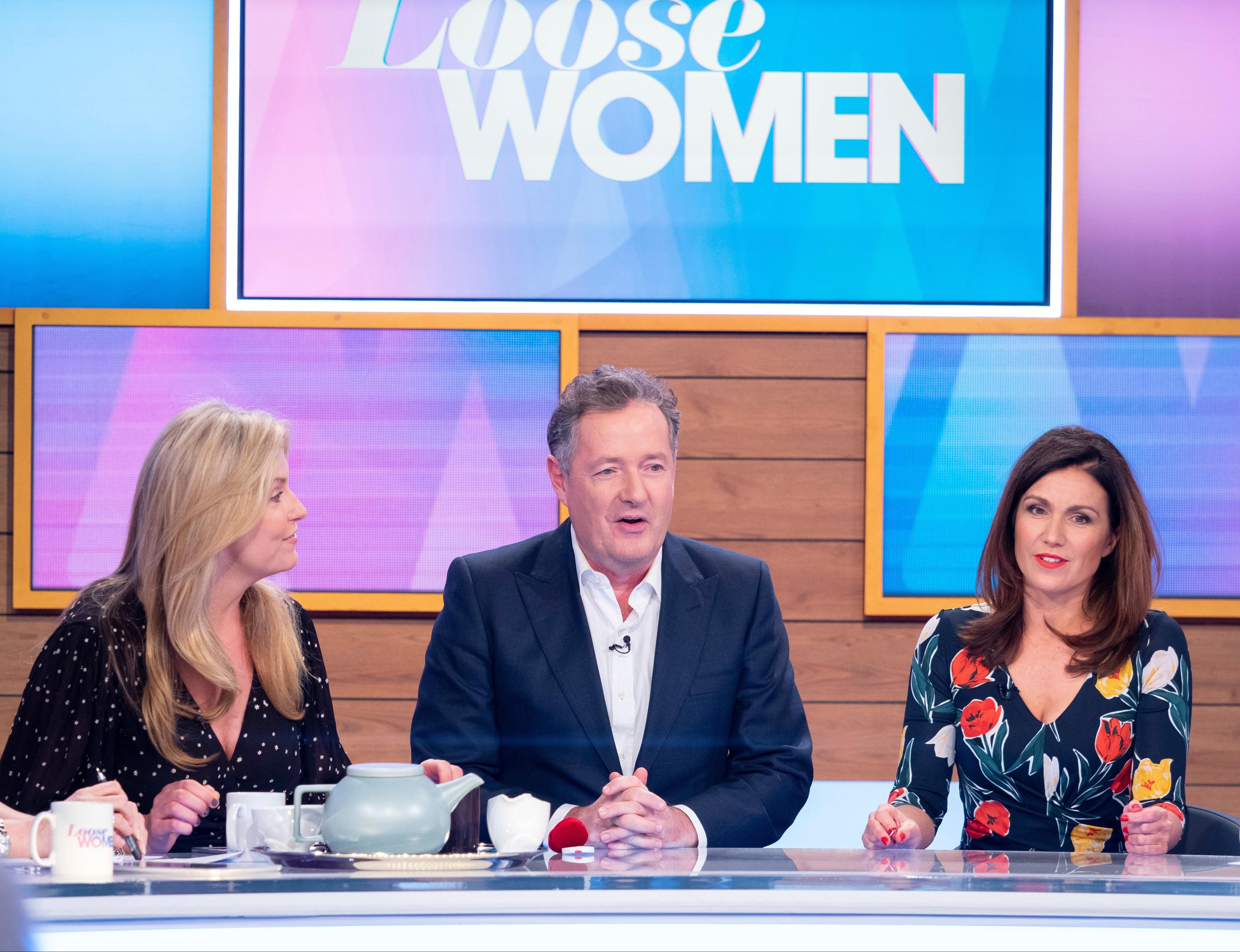 But Ruth swiftly interrupted and urged the big unveil to stop before Piers' private parts were exposed.

The hilarious moment comes just hours after he proposed to his 48-year-old colleague with a £1 Poundland ring on the breakfast show GMB.

The prank saw Piers joke he was "secretly in love" with Susanna, who is dating Crystal Palace Chairman Steve Parish.

As he opened a red box with the sparkler inside on Wednesday's episode, he said: "I just thought that if the world is about to end, it is that moment when you turn to the one you secretly love." 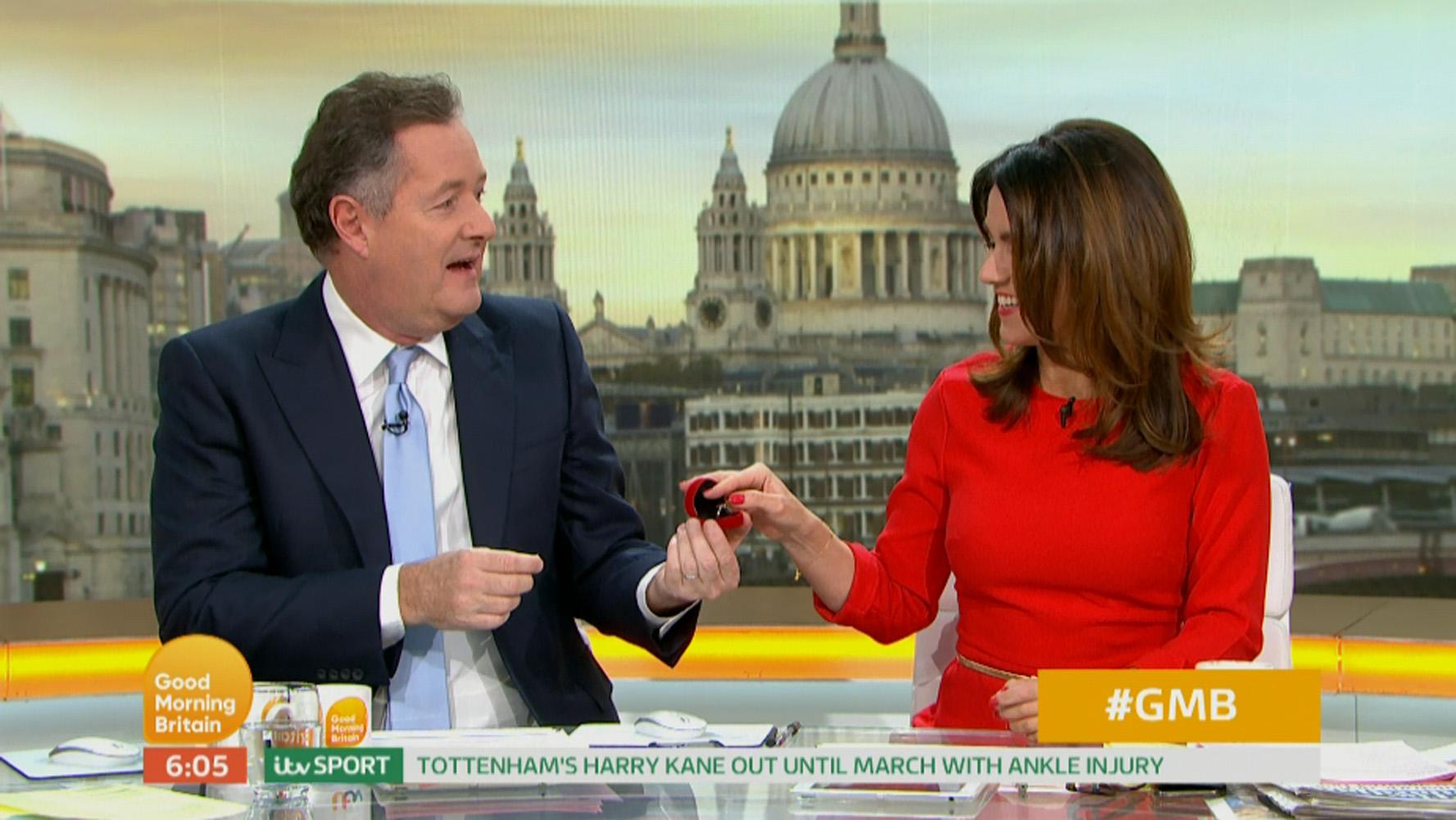 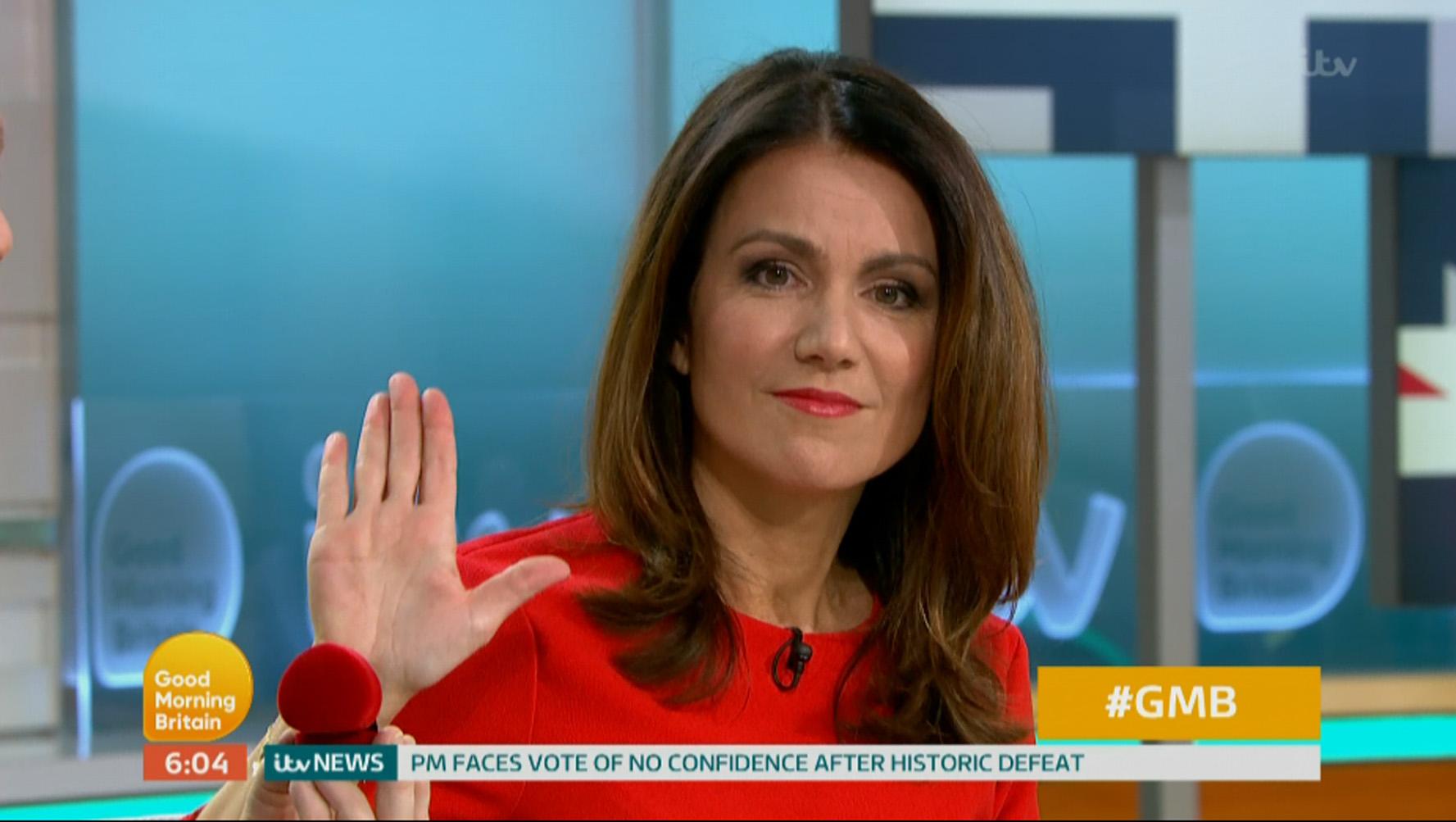 He continued: "And you present her with… what more could a woman want than a… £1 tinny little ring from Poundland to show the real depth of my feelings for you."

However, Susanna was unimpressed with the proposition and snubbed the romantic gesture.

She replied: "You have a funny way of showing it", before throwing her hand in Piers' face.

She added: "Talk to the hand."

Meanwhile, Piers has joked he has lost his friend and "drinking partner", because Susanna is no longer drinking alcohol they can no longer enjoy boozy nights out together – much to Piers' disappointment.

Speaking about their friendship, he said: "We used to go out drinking three times a year!  We used to get drunk and we'd end up at 4 in the morning in gay bars and stuff like that. But now she doesn't drink … I've lost my drinking partner!"