SUSANNA Reid scooped a gong at the National Reality TV Awards as the stars hit the red carpet. 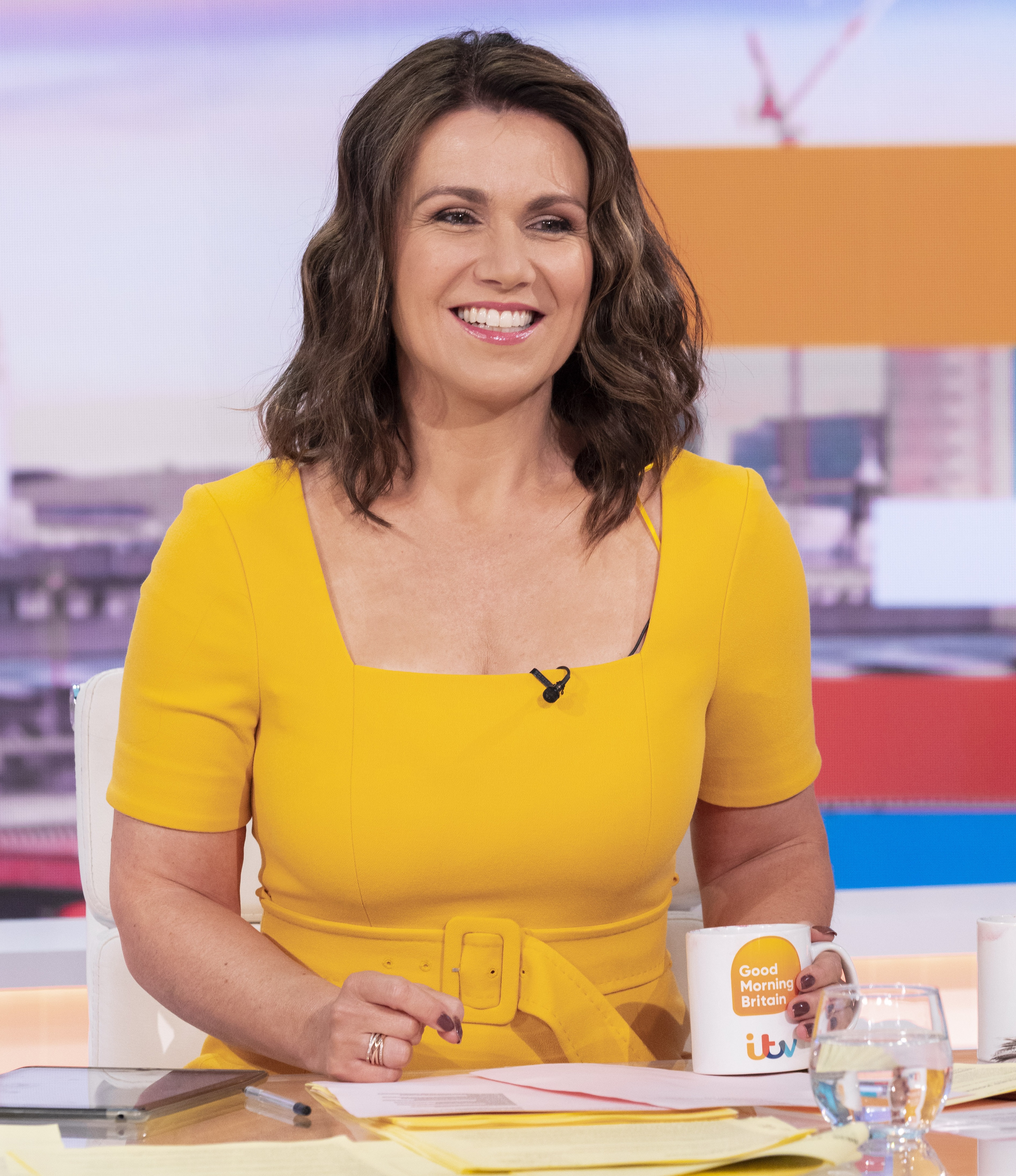 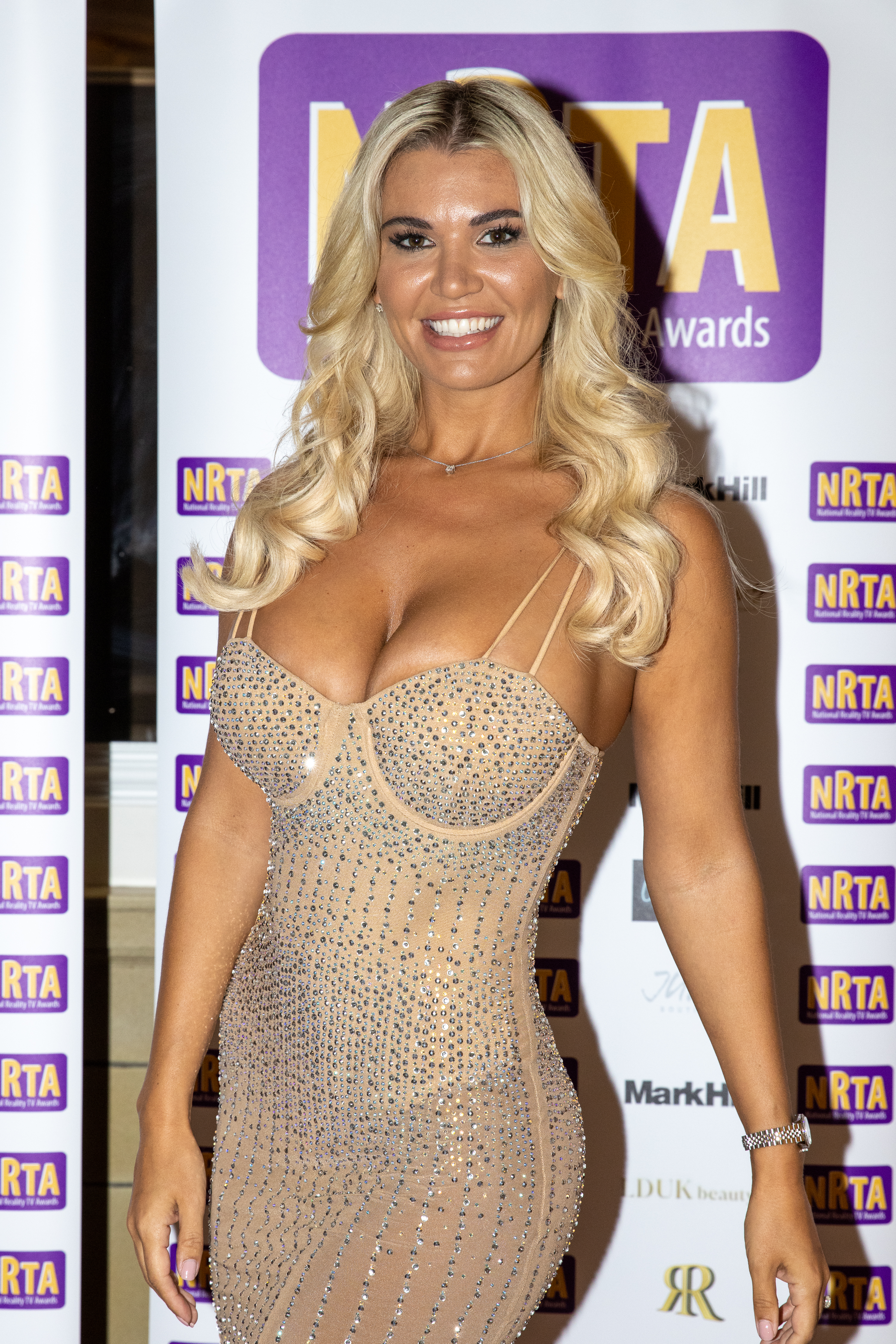 The telly favourite was up against some fierce competition like Naked Attraction's Anna Richardson, The Voice's Tom Jones and ITV's Lorraine Kelly.

Susanna, who was not at the event, was thrilled with the award as she shared her joy on social media.

The TV star shared the official National TV Awards post that announced that she had won, writing: "Thank you @RealityTVAwards ?."

The post read: "Congratulations to @SusannaReid100 on winning Celebrity Personality of the Year sponsored by @DanielleStylesBoutique at the 10th National Reality TV Awards."

Susanna's fans were quick to praise the star, with one commenting: "Congratulations Susanna well deserved."

Another posted: "Celeb Personality Of the Year!! Well done babe."

A third added: "Really happy for you Susanna winning your award, congratulations."

A host of celebrities donned their best frocks as they attended the glitzy event at Porchester Hall.

Model Christine McGuinness, 33, put on a busty display in a bejewelled mini dress.

The Real Housewives of Cheshire star looked sensational in the figure-hugging number which was covered in silver gem stones.

Christine looked stunning in the spaghetti strap frock which accentuated her incredible curves.

The mum-of-three completed her glamorous look with a pair of strappy silver heels and a matching bag.

She kept her blonde locks loose and finished her look with a smokey-eye and blush pink lips.

The reality star styled her brunette tresses in a tight ponytail and wore a pair of neon heels.

Aisleyne completed her chic look with gold drop earrings, a vibrant clutchbag and plenty of mascara.

Aisleyne added to her ecletic look with a pair of showstopping heels, while she also added a pair of gold drop earrings and a funky pink clutchbag.

She beamed at the camera as she posed for a series of snaps as she attended the shindig.

Meanwhile, Bianca Gascoigne stunned in a silver sequin co-ord – which featured a crop top and a thigh-high slit skirt.

She showed off her incredible physique and toned abs in the showstopping ensemble as she smiled for pics. 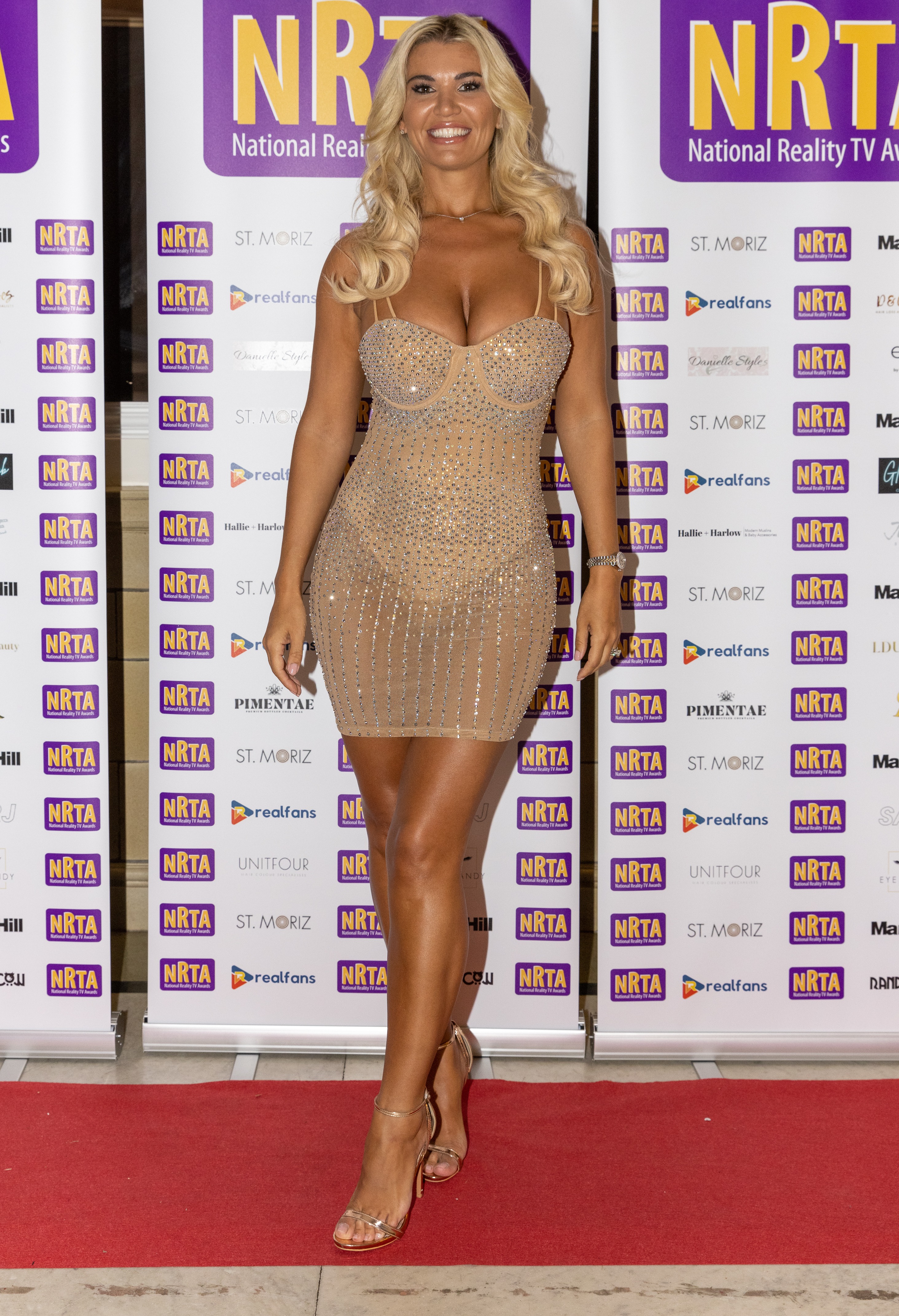 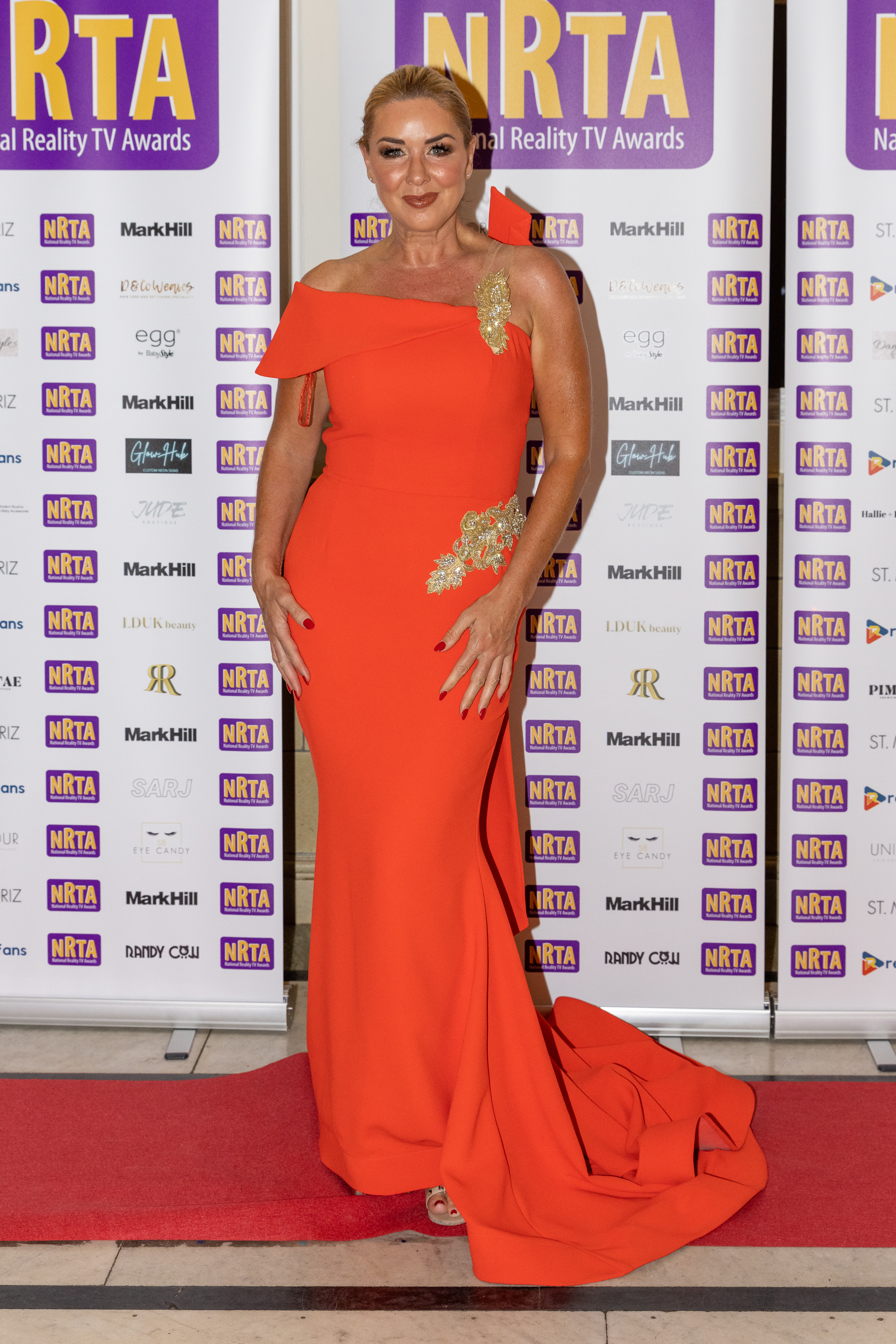 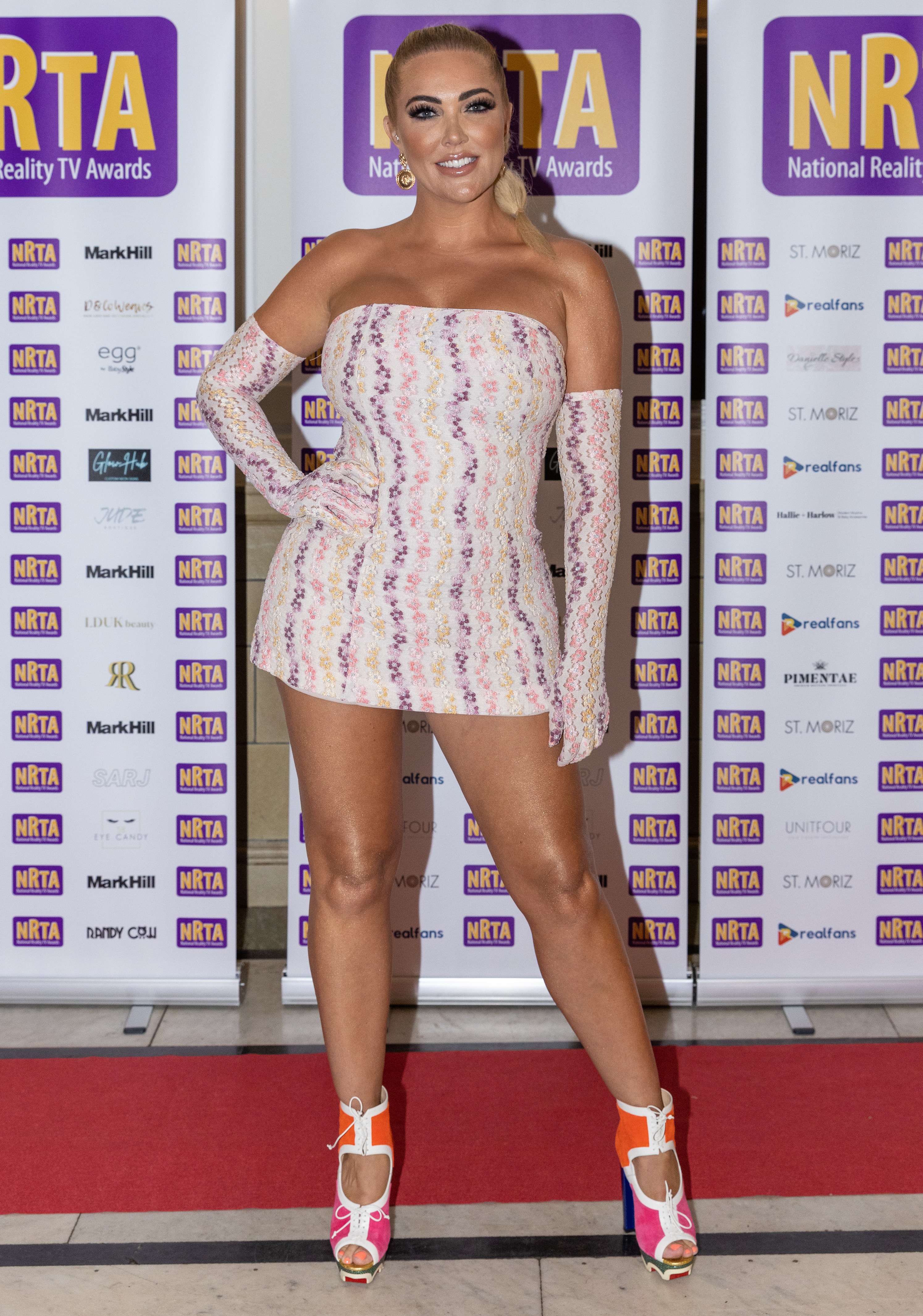 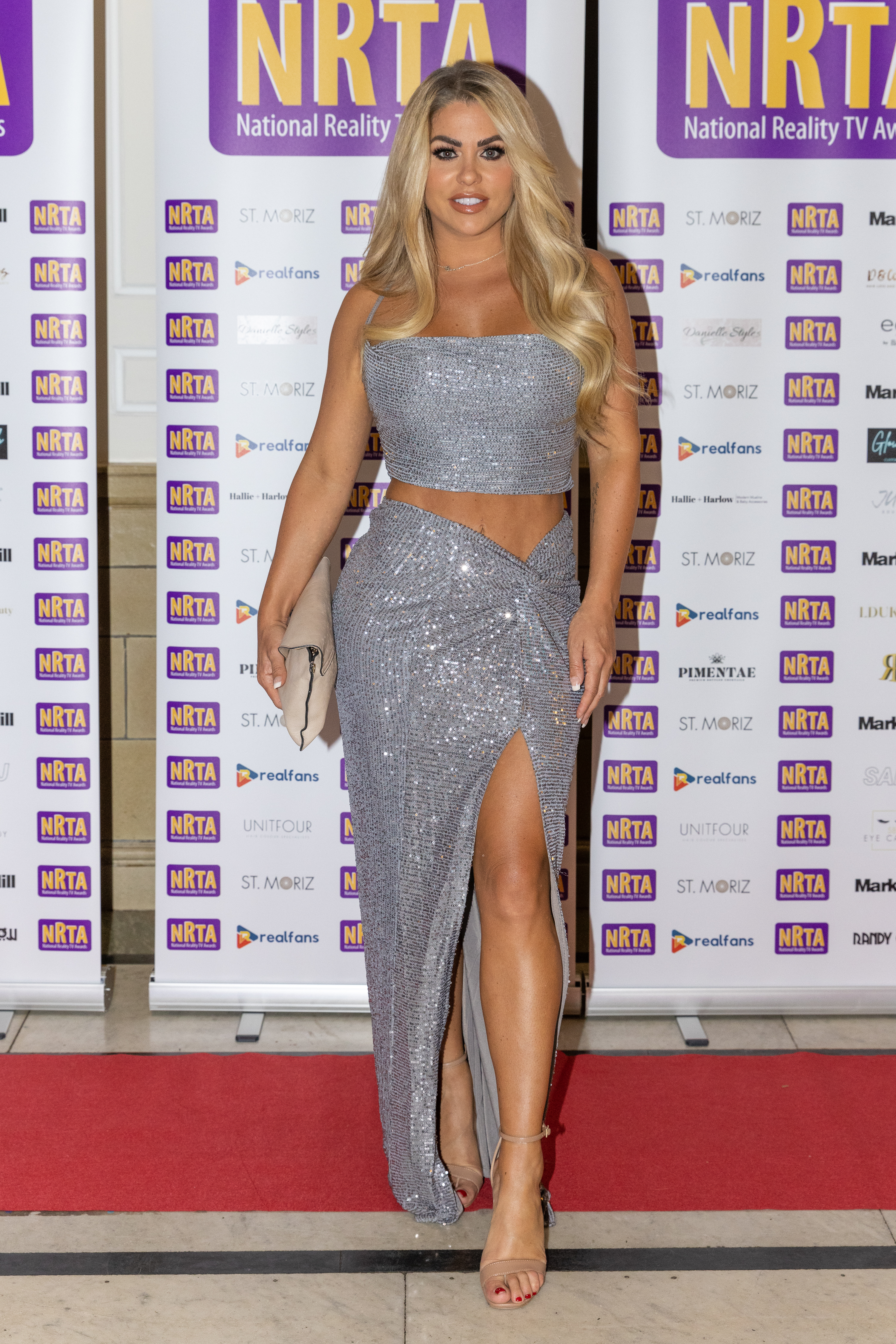