Talk on Good Morning Britain turned to Piers Morgan’s wife Celia’s newspaper column in which she detailed how the controversial presenter had approached her with a way to spice things up. Susanna Reid read out Celia’s column which explained how Piers had asked his wife to dinner but she told him she’d had enough. To make things a little more exciting, they decided they could pretend to be other people having a secret rendezvous. As Piers began to share further details of his conversation with Celia, Susanna began to squirm and press bosses to move the show along.

Susanna began: “By the way, your lovely wife was talking about your…”

“Role play?” Piers asked as his co-host continued: “Can I just say, this is a private conversation, this is a national newspaper column.”

Piers went on to explain: “My wife suddenly out of nowhere decided to tell this story.

“You are with the same person all year, you can’t really go anywhere and it does get a bit boring. 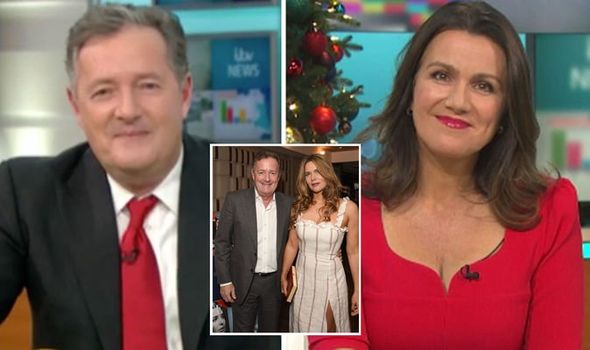 “So I suggested, ‘Why don’t we go and have dinner together?’

“She said, ‘There was an awkward pause and I tried to rearrange my feature into a convincing display of enthusiasm before giving up.’

“But then it came to me says Celia, ‘If you were a mobile phone salesman from Kent,’ ‘And you were someone else?’ he caught on. 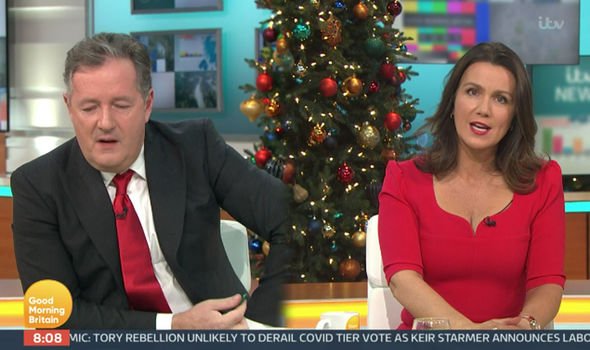 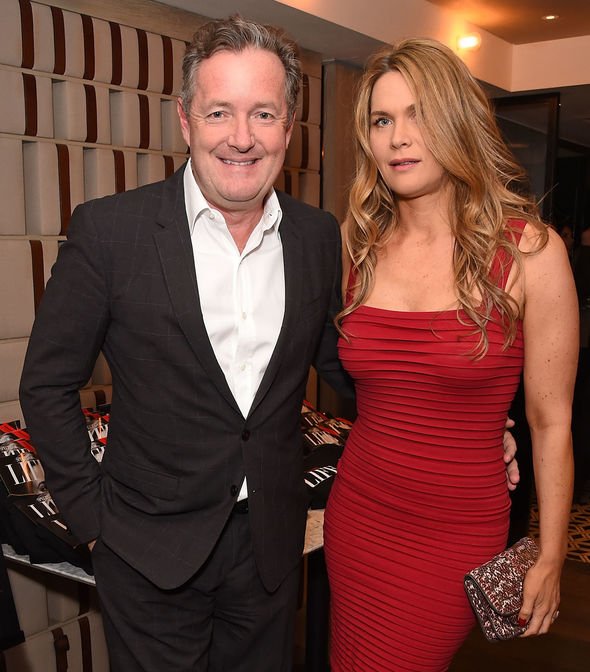 “There would have to be rules of course, wedding rings would come off and we’d be allowed to only meet in the restaurant pub.

“We could do the whole , ‘Is this seat taken?’ and I was already planning personas, outfits and lame first date topics when my husband forwarded this exchange.

“‘My wife asked me if I had any fantasies and I said I had just one, we pretend we’re complete strangers and we’ve never met.’”

Susanna could be seen cringing as she sat alongside her co-star and listened to the anecdote.

“That’s how you get over a year of hell in pandemic.”

Last month, Piers’ wife Celia appeared on This Morning to talk about their plans for Christmas following the announcement of government guidelines.

As she spoke to Holly Willoughby and Phillip Schofield, viewers took to Twitter to claim Piers was “punching” in regards to their romance.

“@piersmorgan is that your wife on #ThisMorning ?!?!? punching or what,”(sic) one user tweeted.

Piers was quick to react as he posted on Twitter: “This Morning fans say Piers Morgan is ‘punching’ as stunning wife appears on show.

“She knows she’s the one who’s punching.”

Piers and Celia have been married since 2010 and share daughter Elise, nine.