Season 12 of Big Bang Theory is available to watch on Netflix, but after this many episodes flaws are bound to show up sometimes, and when it comes to Howard (played by Simon Helberg) and Raj (Kunal Nayyar) some cracks have been pointed out. Fans have now taken to social media to voice their complaints.

The problems began in the most recent series as viewers already knew Howard and Raj share a fairly close relationship, sometimes too close.

The story is Howard and Raj seemingly met by the time they became friends with Leonard (Johnny Galecki) when the three were at university.

However, fans have questioned whether they really are as close as they have been made out.

In season 12, the men all talk about how they came together, but it has been suggested Raj was a much later addition to the group. 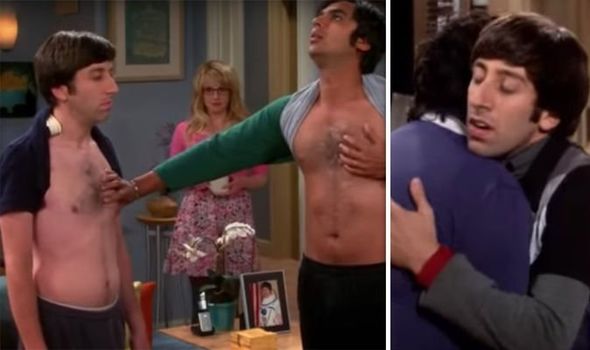 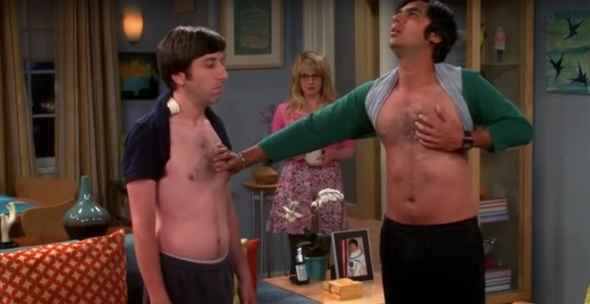 One viewer took to Reddit and explained: “So during the flashback episode we learnt that Leonard met Raj and Howard at the university (so we can safely assume Howard and Raj were friends before they met Leonard).

“However in the episode where they contaminated the clean room Howard said to Leonard: ‘You’re just jealous that we were best friends before Raj came along,’ to which Leonard replied: ‘Why, because you found someone you can push around?

“Re-watching this with keen eyes shows a lot of plot holes.” 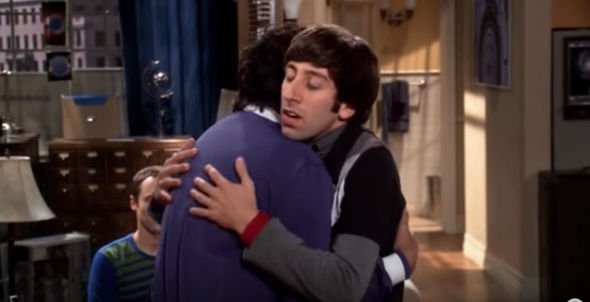 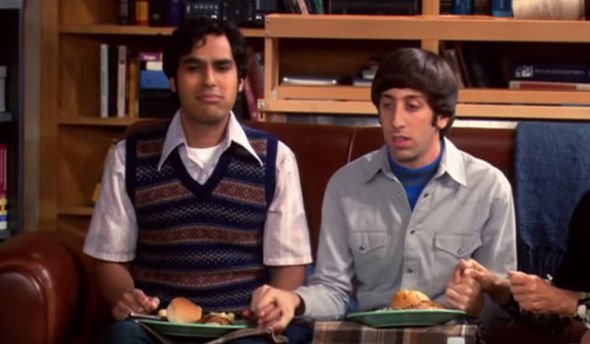 This would have been enough, but the post gained a lot of responses from viewers who also spotted the flaw.

But, one gave an alternative view, explaining Raj and Howard could have known each other on a more casual basis.

They explained they could have become such close friends after Leonard had connected with his obsessive roommate, Sheldon (Jim Parsons).

As viewers know, the show started with Leonard and Sheldon welcoming a new neighbour, later meeting the friends from the past, and the rest really is history.

Despite the number of episodes, this hasn’t stopped the fans as one viewer explained: “That’s not necessarily a plot hole – you’re just making the assumption that Howard and Raj were always ‘best’ friends, and not just ‘friends’.

“It could be that Howard and Leonard were ‘best’ friends at first and then, over the course of time Howard became better friends with Raj once Leonard developed his relationship with Sheldon.”

As viewers know Howard and Raj are the two people with the deepest friendship so it’s not surprising that viewers are annoyed.

This obviously isn’t the only plot hole that fans have pointed out recently, one big question that still haunts viewers is, when is Sheldon’s birthday?

At the end of the last season, The Peanut Reaction, Sheldon got into a rather heated debate with Penny Hofstadter (Kaley Cuoco).

The argument was about everyone’s horoscopes, leading Penny to reveal his birthday, despite him making it 12 seasons without letting out the truth.

Fans argued he couldn’t possibly be a Taurus because Penny had already revealed he was a Pisces in season eight, so it seems nothing gets past those The Big Bang Theory superfans.

The Big Bang Theory can be streamed on Netflix.