The Boys is known for being no holds barred when it comes to extreme violence and explicit content. Season two has been no different so far with plenty of big shocks in the opening episodes of the comic book adaptation. However, showrunner Eric Kripke did reveal there was one scene that Amazon Prime Video asked to be cut.

Which x-rated scene did Amazon ask to be cut?

Fans of The Boys are no strangers to being shocked by the hit adaptation of Garth Ennis’ and Darick Robertson’s comic books.

The second season of the show is currently airing weekly and has continued in this vein with more violence and drama than ever before.

However, during an AMA on Reddit at the end of the first outing, showrunner Eric Kripke revealed how even the bold show was stopped from airing every planned scene.

He explained how during season one, there was one scene which Amazon Prime Video asked not to be included in the final cut. 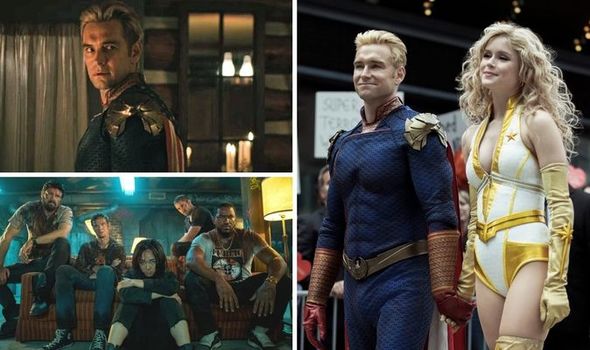 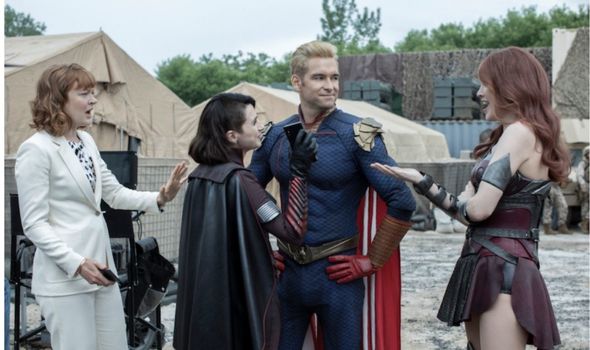 The scene in question took place back when Homelander (played by Antony Starr) was being chided by Madeline Stilwell (Elisabeth Shue).

As fans will know, the pair had a disturbing relationship before Homelander killed her in the season finale.

The axed scene explored this to a whole other explicit level, Kripke revealed to fans.

When asked by a viewer if there was a cut scene he wished could have been kept in, he replied: “There was ONE SCENE that Amazon said F*** NO, you have to cut. 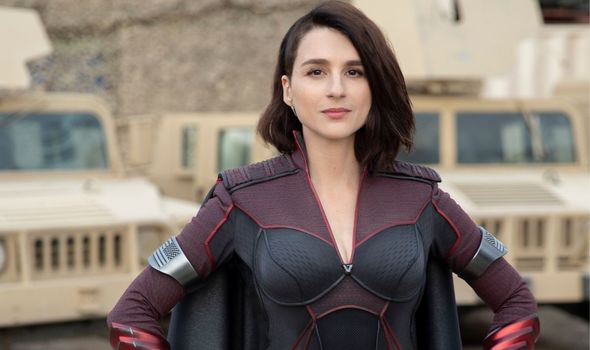 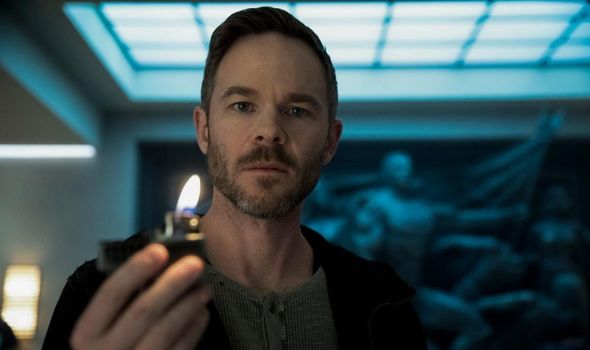 “I couldn’t quite understand why considering everything else we have in the show, but…”

“Homelander, after being dressed down by Stilwell in episode two, was standing on one of the Chrysler building Eagles.”

The showrunner went on to explain how Homelander then performed a sexual act on top of the building mumbling “I can do whatever I want” over and over again.

Kripke continued: “We shot it! Oh my God, Anthony was the BEST in that scene.

The Boys season 2 schedule: When will new episodes be released? [INSIGHT]
The Boys season 2 cast: Who is in the cast of The Boys? [PICTURES]
The Walking Dead’s Jeffrey Dean Morgan may have The Boys role scrapped [VIDEO]

“Amazon seemed to think it wasn’t necessary. I thought it told me something about his psyche.”

However, despite the scene being cut, the showrunner went on to explain how the streamer was mostly very supportive with whatever they wanted to do.

He added: “To be clear, they’ve been great, that may have been the ONLY fight I lost in Season one.”

The scene would undoubtedly have been shocking for some viewers but there was plenty more of this to be seen in the final cut.

During his question and answer session on Reddit, Kripke also went on to explain how they decided what shocking scenes to include.

This was because as fans may know, the comics had plenty of outlandish moments which did not make it into the final adaptation.

He explained: “The main rule was whether it furthered the story, the character or the world.

“We didn’t want to be shocking for shocking’s sake, we just wanted to create this world as realistically as possible.

Fans can currently enjoy the second season on Prime Video as the Seven return with an even more brutal addition in Stormfront (Aya Cash).

However, unlike the first series, the new episodes are airing weekly rather than all at once.

Viewers can catch new outings on Fridays, all leading up to a dramatic finale on October 9.

The Boys is released on Amazon’s Prime Video on Fridays.