The Chase has been airing on television screens for the last ten years and each day another team of hopeful contestants face the Chaser.

Former contestantDorinda went head to head with Jenny ’The Vixen’ Ryan along with three other players and they each took home £6,500 each.

Discussing her time on the quiz show, Dorinda spoke exclusively to Express.co.uk about what happens backstage and when the cameras stop rolling.

She also revealed how each episode is put together.

Clarifying whether or not the show is filmed continuously or stopped and re-filmed during certain points, Dorinda said: “Nothing is re-filmed, but it does have breaks.

“If you watch it, when you [the contestant] have your face to face chat with Bradley, and then your first set of questions, he’s at a podium.

“So of course it’s then stopped and the podium is then moved out of the way before you face the Chaser.

“So there are little breaks like that, but if you made a complete hash of your chat with Bradley, they wouldn’t say ‘Oh go on have another go’, there’s not time for that.”

Dorinda also mentioned the walk the Chaser does out of the tunnel and to their chair is filmed fresh every time. 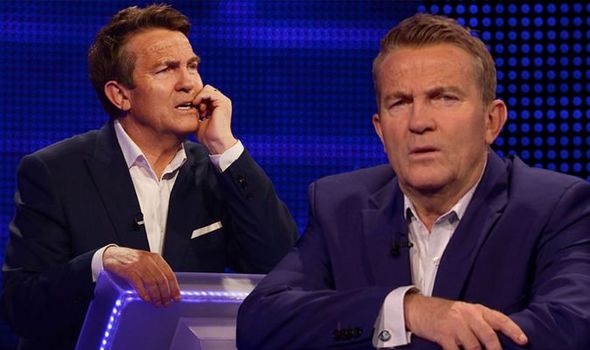 Thousands of people apply for the Chase every year, and Dorinda explained how a “good application form” will give someone the best chance of getting onto the live show.

“To get through the first stage, if you haven’t got a good application form you don’t stand a chance anyway,” she began.

“But then, [you have] to be yourself. They’re looking for people who can come across well, who are nice characters, interesting stories and well as able to answer questions.”

This week, the Chase has been airing old episodes of the show and many viewers were unhappy. 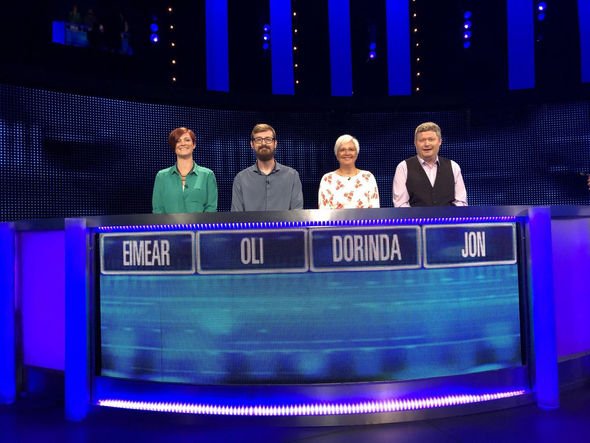 Dorinda is a self-published author who has three books to her name.

Speaking about her most successful work, she said: “The one that has one particularly well was published in 2012 and is called Heron Field.”

Discussing the plot, Dorinda explained: “It’s based in the Second World War, Heron Field is a manor house which has been taken over as a convalescent home and it’s the basis for a number of characters who work for SOE behind the lines in France.

“It’s about the war for them and also the interaction between people.”

You can read all about Dorinda’s work on her website here.