Captain America’s shield has a new owner. At the end of Marvel‘s 2019 blockbuster Avengers: Endgame, Steve Rogers (played by actor Chris Evans) gives the eponymous defense-cum-weapon device to Falcon/Sam Wilson (played by Anthony Mackie). It was both a literal and figurative moment of passing the mantle onward, and it’s implied that Wilson will become the next Captain America. Audiences will finally get to see what Wilson does after receiving the shield in the upcoming Disney series The Falcon and the Winter Soldier. The streaming series won’t premiere until March 2021, but new photos from the TV set have fans confused about Wilson’s role and whether he’s actually the next Captain America or not. 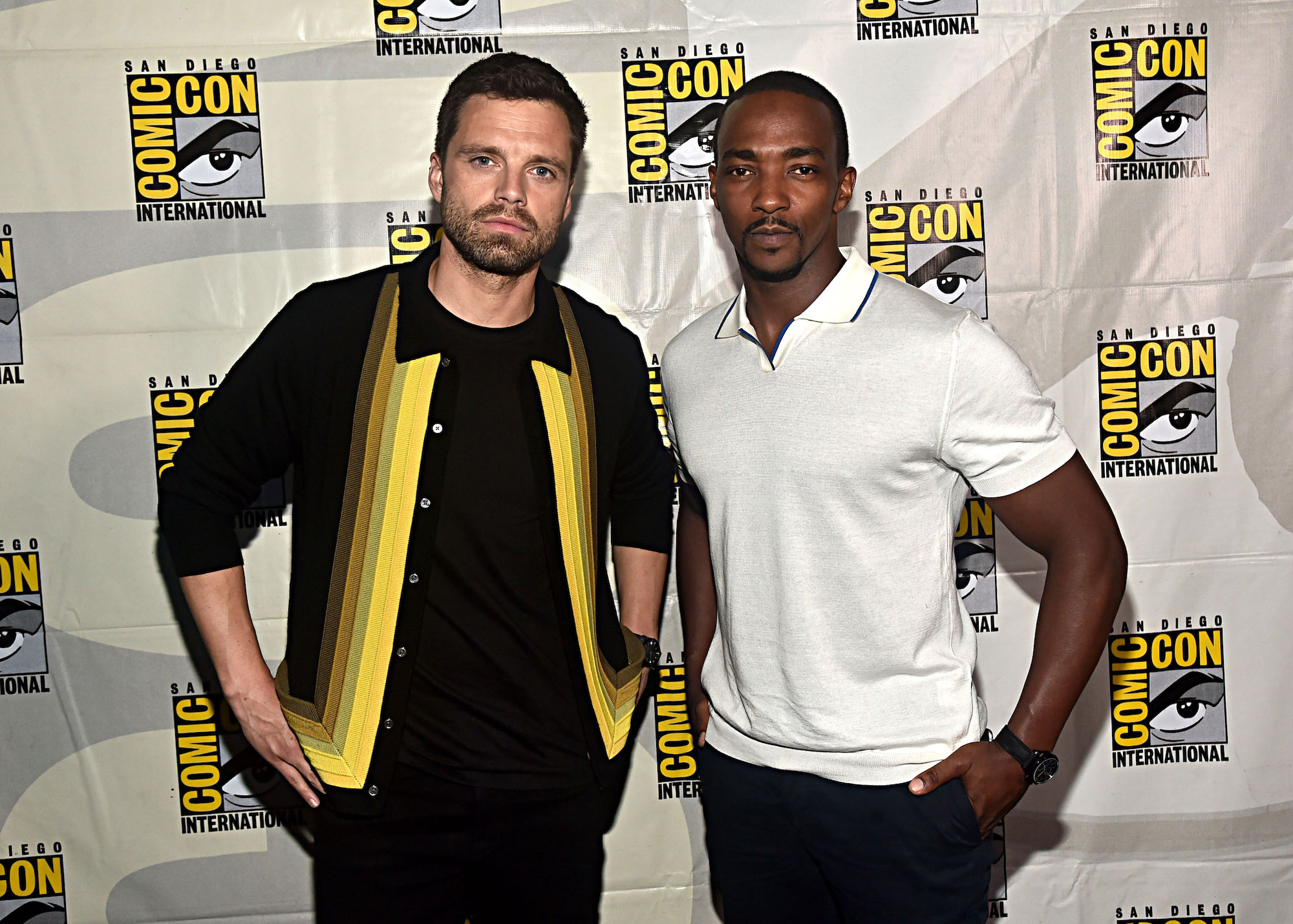 How the Falcon and Captain America stories got intertwined

It’s understandable if you need a quick refresher about how the storylines of Captain America/Steve Rogers and Falcon/Sam Wilson collided with each other in the Marvel Cinematic Universe. After all, the first MCU movie aired over a decade ago (2008’s Iron Man starring Robert Downey Jr.). Since then, we’ve moved through three different phases of the MCU, with phase four starting in 2021.

Howard Stark gave Rogers his first vibranium shield during World War II, and the captain continued to use it in the Avengers film and while he was part of S.H.I.E.l.D. Audiences get to see various iterations of the shield throughout the various MCU films, including new retractable vibranium shields in Infinity War.

In Endgame, Rogers time travels back to the mid-1900s, and then viewers catch back up with him in 2023 when an elderly Rogers hands it over to a resurrected Sam Wilson.

Speaking of Wilson, audiences first meet Wilson in the MCU films when Wilson becomes friends with Rogers in Captain America: The Winter Soldier. Over the next few movies, the two become close friends and fight together in battle against Hydra, Helmut Zemo, Thanos and other villains. It’s made clear that Rogers truly trusts Wilson with one of his most important possessions. At the time, handing over the shield implied that Wilson would become the next Captain America, but new photos have audiences conflicted on whether or not that’s true.

Recently, a new photo popped up on Reddit showing behind-the-scenes footage from Disney’s upcoming series The Falcon and the Winter Soldier. But there’s just one problem: Wilson isn’t wearing Captain America’s trademark garb, nor is he carrying the all-important red-white-and-blue shield. This led to many MCU fans confused about whether Falcon was actually Captain America or not.

“Will Falcon actually be Cap in this show, or will the entire series be ‘the shield is complicated’ and he never takes it up?,” one fan on Reddit asked. Meanwhile, another fan proposed that this shot just shows Falcon before he fully moves into his new role, writing “I feel like they’re using this show to give him a chance to transition to the role and then the next time he shows up in the movies he’s full on Cap.”

While the leaked photos imply that Falcon might not take on the full responsibilities of being Captain America, Marvel itself has made it clear in the past that Falcon really will be the next Captain America. Back in 2014, Marvel executive editor Tom Brevoort told NY Daily News just as much, saying that Marvel always planned for version two of the all-American hero to be the Black superhero Falcon. This is also mirrored in comics like Secret Wars and Marvel’s Generations, which have Sam Wilson as Captain America.

Fans think it may all come down to timing.

When will Sam Wilson finally hold the Captain America shield?

Responding to the leaked photos, one Reddit said, “I wouldn’t be surprised at all if the final shot of the 2nd-to-last episode is him in his new Cap suit.”

Another Reddit user had a slightly more complex theory about timing: “I hope it isn’t this cliche, but it definitely will be this thing where he doesn’t want it, and then someone will explain the importance of a symbol. Then there will be a montage and he’ll then show up with the new suit just in time for a big fight.”

It should be pointed out that in the official trailer for the new show, there’s a scene where Wilson is on a football field with a marching band, and the band is decked out in Captain America’s trademark gear. So while we might not see Wilson carrying the shield in the opening episode, it’s obvious that at some point in the season, we’ll finally see the shield carried by someone other than Rogers.