Every episode of the The Good Fight will move you, but as the show wraps up its captivating third season, let’s take a minute to revisit its opener. It will literally break your heart.

In it, Liz Reddick-Lawence, played by the iconic Audra McDonald, has to face a crushing truth. Her now-deceased father, namesake of the Reddick, Boseman & Lockhart law firm and an iconic African-American civil rights pioneer, is not the great and noble man she thought him to be. In fact, he’s a rapist who used his power to terrorize his dutiful secretary for decades. It’s painful enough for the defense lawyer to learn of the existence of one victim. But when Liz realizes her father assaulted four other women, the devastation sets in. The usually stoic and tempered lawyer breaks down in terror and shame, not caring who sees.

Those 57 minutes of television are nothing short of a masterclass. That’s the power of Robert and Michelle King’s critically-acclaimed spin-off of The Good Wife, but it also speaks to McDonald’s innate ability to draw you in. From confronting rape culture and racism within her own firm to the painful dissolution of her marriage, Liz’s arc this season allowed McDonald to deliver some of her most nuanced and compelling performances to date. BAZAAR.com sat down with the riveting and fearless actress to talk about her hit CBS All Access legal drama, why having black writers on the show makes all the difference, and how she fights her own good fight against Trump.

Harper’s Bazaar: The first episode took my breath away. I can only imagine how exciting this type of rich material must be for an actress. What did you think when you read the script for the first time?

Audra McDonald: Well, you never know what you’re going to get when you get the scripts from the team. [Laughs] So, when I read it, my first thought was ‘Wow!’ I am being shot right out of a cannon!

From there I took the tone from Liz, which was sucker-punched. And there’s a journey of emotions she goes through. One second, Liz doesn’t have time to grieve this news. She has to be practical and figure this out and somehow save this firm and land on her feet. But then, the grief and anger keep bubbling up, and she goes back to thinking of the past, and then she finally breaks.

HB: When she had that realization that the glass walls were installed in the office to stop her father from raping other employees. Oh, the rage!

AM: Exactly. And because he’s dead, Liz can’t explode in front of him and he can’t explain himself. So her ex [and law firm partner Adrian Boseman, played by Delroy Lindo] gets the brunt of that rage. 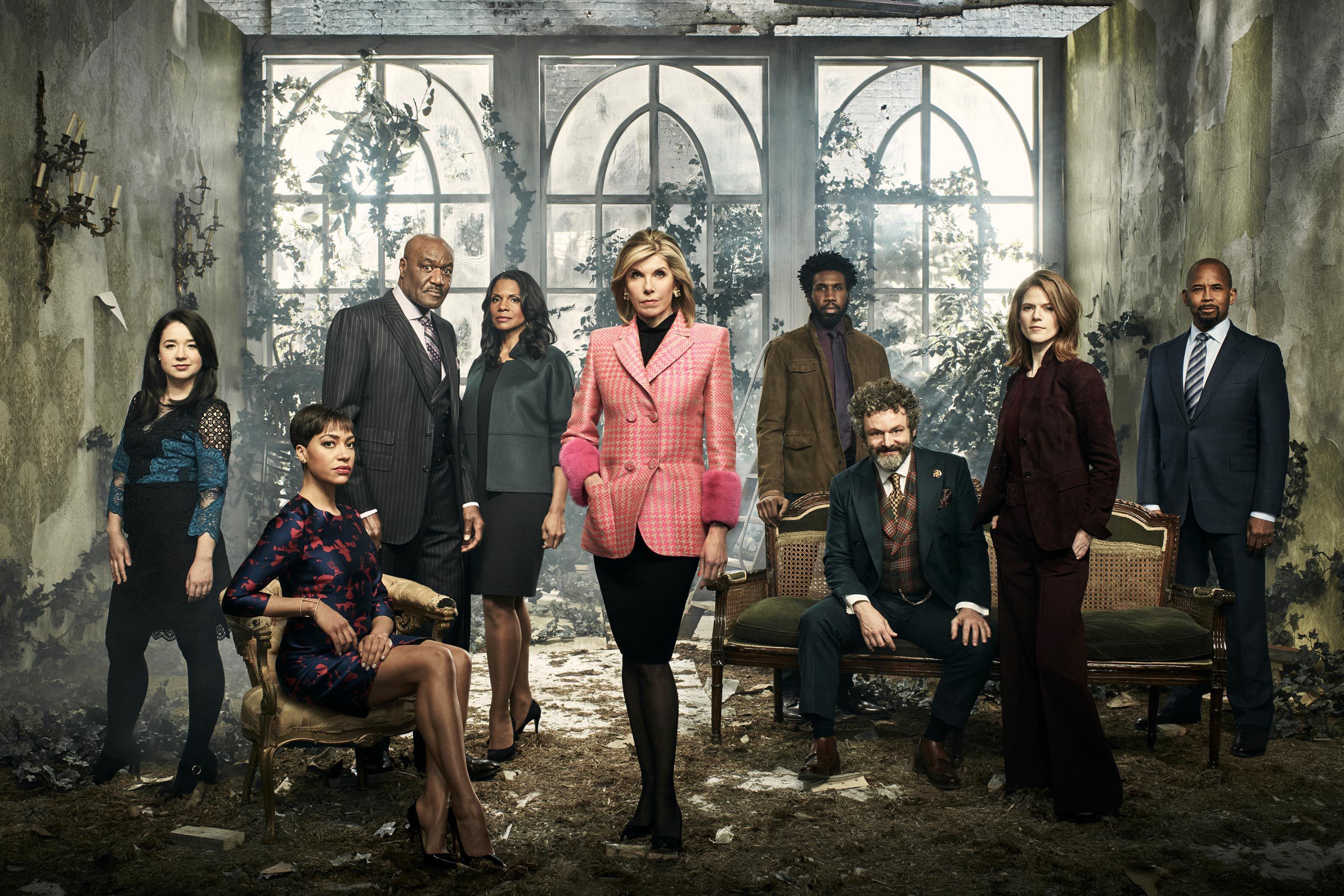 HB: #MeToo was created by Tarana Burke, a black woman, yet so much of the narrative around rape culture hasn’t reflected that. I appreciated that the premiere episode explored the intersections of race, gender and sexual assault.

AM: This is something that Cush Jumbo [who plays Lucca Quinn] alluded to at the New York Times talk in February. There is a nuance in the way these scenes play out and how the creators and writers are approaching these issues. They really delve into what it means to protect a black man, who is guilty of these horrible acts, especially a man who [outside of this] has done great things for the community. Do we cover him, do we want to “ruin” that legacy and what does that all mean. It’s complicated and emotional and realistic.

Most importantly, the reason these scenes feel authentic is because we actually have black writers in the writing room. They are people who understand these experiences and having that type of representation in these spaces makes all the difference. Oh, and our writers are pretty brilliant.

HB: The fourth episode, “The One with Lucca Becoming a Meme,” where a white woman refused to believe that Lucca’s biracial son was hers because he looked white, so she calls the police on her? I was fuming, and then I was like, “Oh, these writers get it, because this happens.”

AM: [Laughs] Especially that episode with Lucca—Cush also has a biracial son in real life. And I get it, too—I have biracial children and that mothering while black rang so true to the both of us. And the writers put it right out there. And I think anyone watching it that knows what that feels like, please know that we see you, you are heard, and we are committed to telling stories that reflect the world and our experiences. 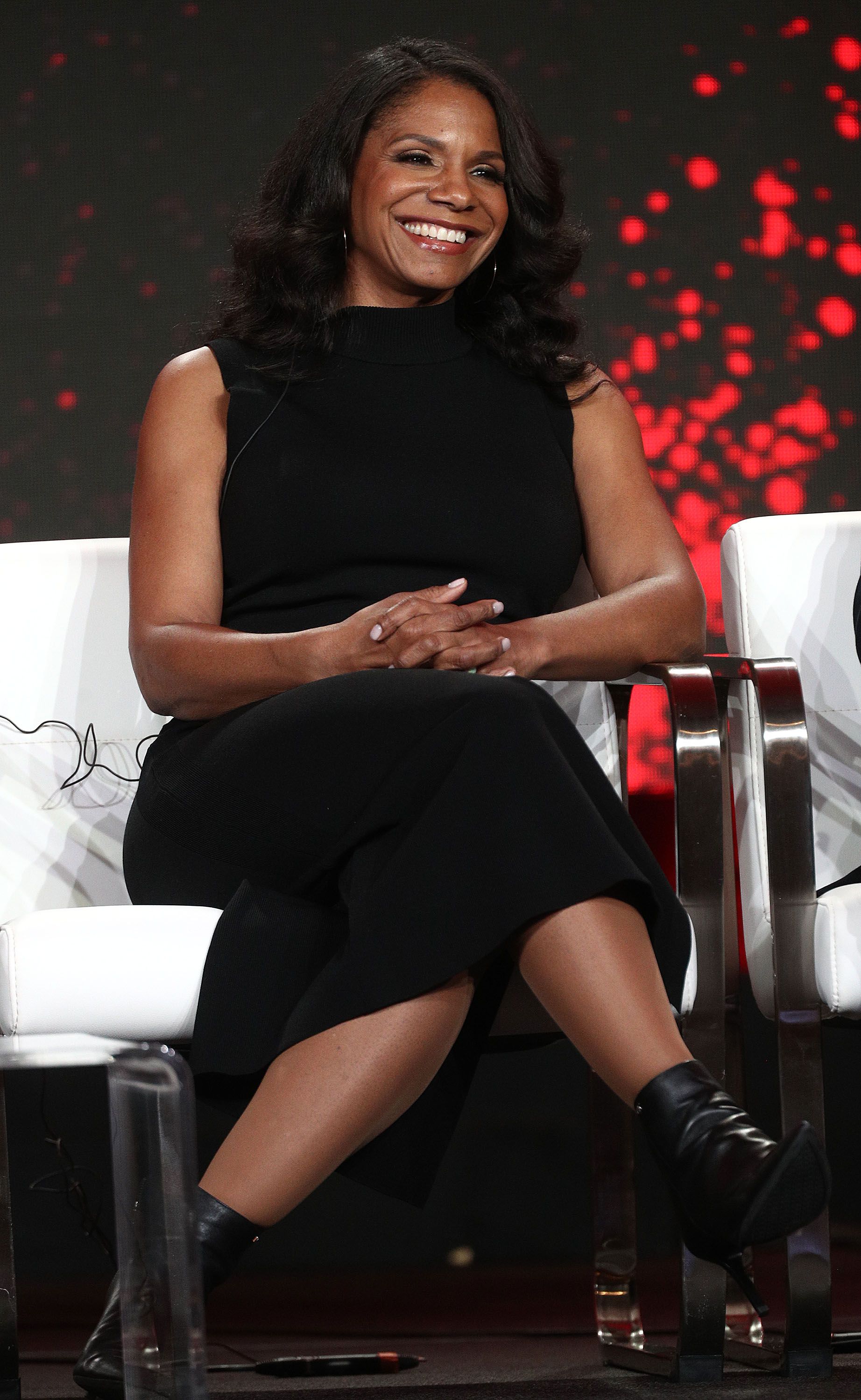 HB: Living in these über-political times, The Good Fight isn’t afraid to have its finger on the pulse of society and unapologetically talk about issues such as Black Lives Matter, President Trump, and even the rise of the alt-right and white nationalism. What does that mean to you?

AM: Oh, it’s everything. It’s incredible how fearless our creators [Robert King, Michelle King, and Phil Alden Robinson] are in touching on the burning issues we face. And it’s messy because the world is messy and the shore explores all of that without making any one particular character a goody two-shoes.

This is a predominately African-American firm with white people in it, so this is about the gray areas about love, life, reality, and fiction and how this administration completely blurs all of that.

HB: Speaking of Trump, it’s pretty clear The Good Fight is an act of resistance against him, his policies, and his rhetoric. How do you choose to resist in your personal life?

AM: My resistance is by trying to raise good kids and do what I can to lead them in a world, and hope one day it will be better than we found it, which is very difficult. So whenever I can, I walk the walk. I raise my voice on Twitter and in real life. I volunteer and give back. I remind my kids that while they have some sense of privilege, in some regards they don’t, but that it’s important to help their fellow man. Most importantly, I teach them to be better citizens of the human race.

This interview has been edited and condensed for clarity.

Stream new episodes of The Good Fight on Thursdays on CBS All Access.