THE Grand Tour's Jeremy Clarkson revealed the horror moment the team swam in shark-infested waters where a man was eaten the day before.

The trio are preparing for their upcoming Prime special, called A Massive Hunt, which takes place on one of the world's most difficult roads to drive. 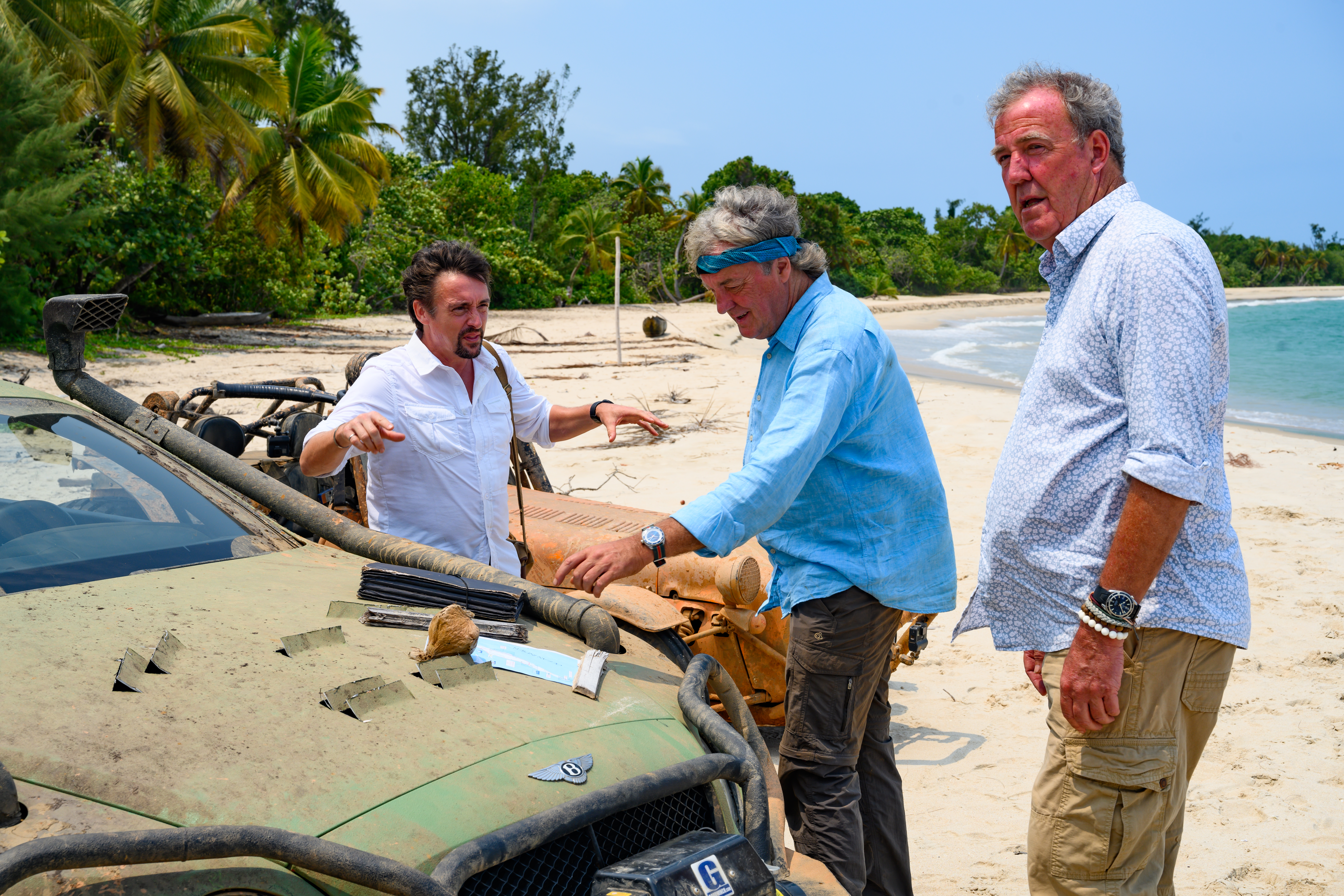 The Grand Tour gang were in Réunion – a French territory off the coasts of Madagascar and next to Mauritius – when Richard Hammond suggested to Jeremy Clarkson that they go snorkelling.

Jeremy explained: "When we were in Réunion we had a day of sorting ourselves out and we all met on the beach and Hammond suggested snorkelling.

"So he went off to the little hut where you could borrow the flippers and snorkels and he came back and he said, 'My French is really coming along. I've just had a long conversation with the man in the hut in French.'

"We then went swimming and snorkelling and when we got back, we were told that the day before, a man had been eaten by a shark. 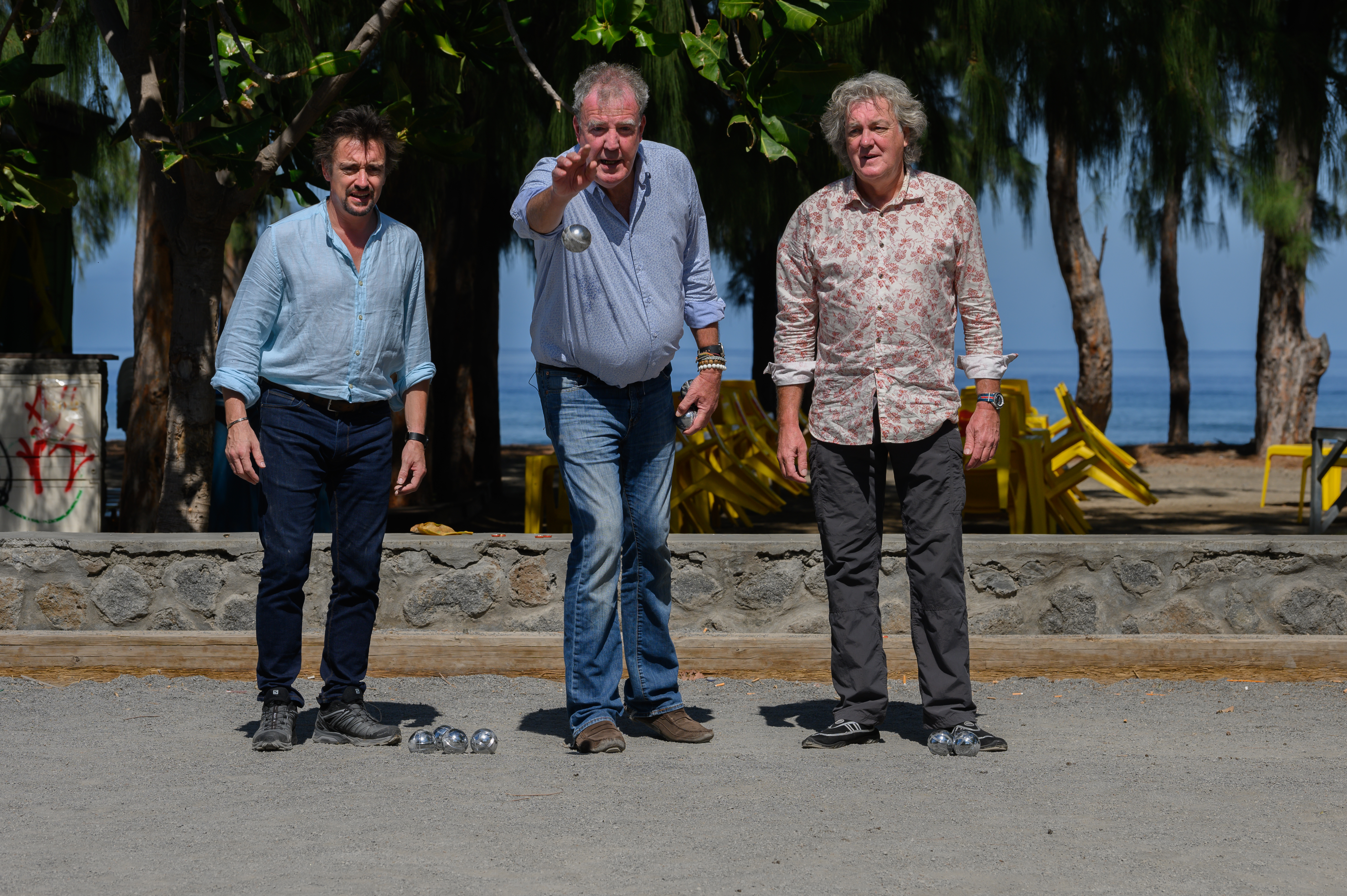 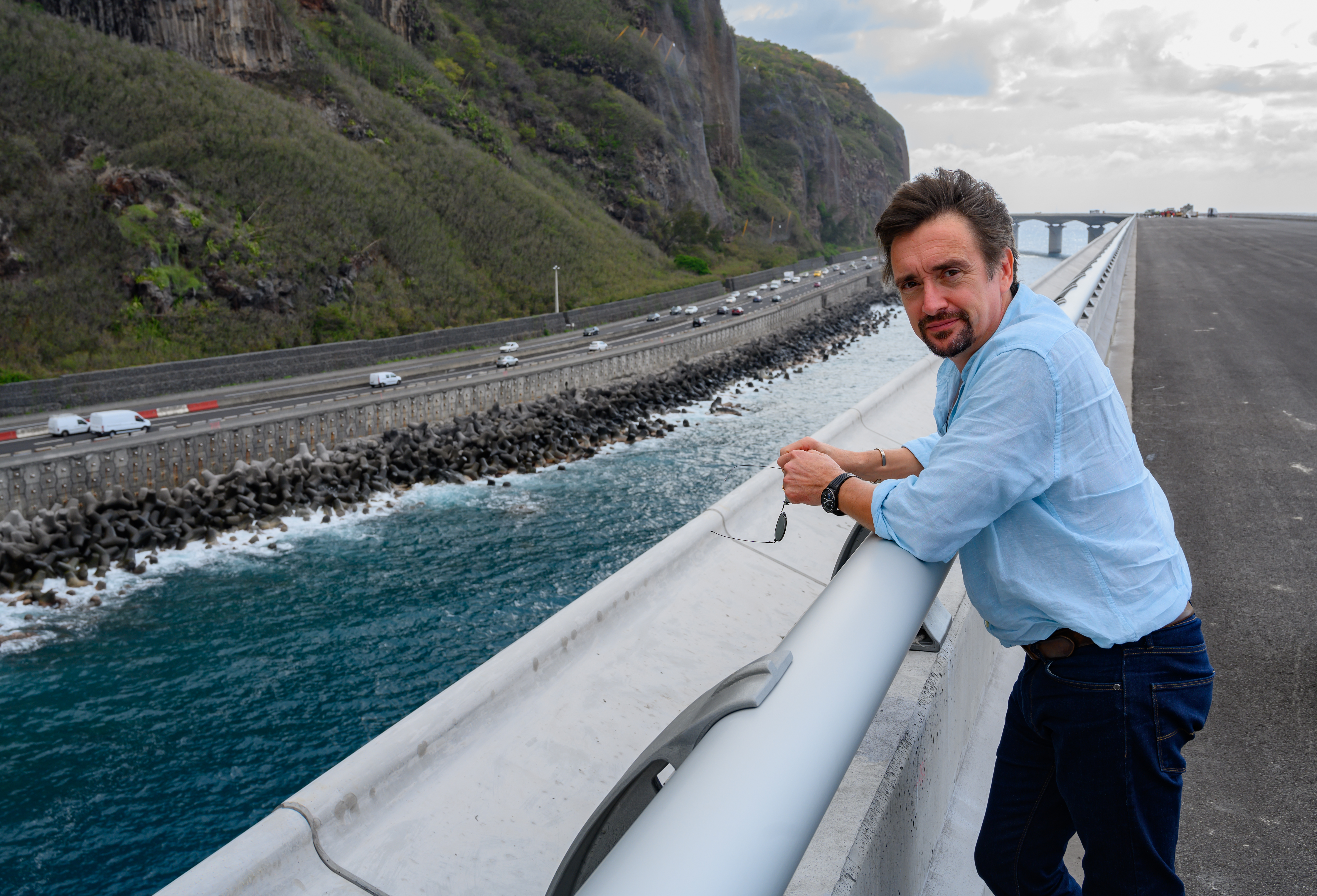 "Exactly in that spot, off the same beach, inside the reef where we were snorkelling.

"So this French man was clearly saying, 'Don't go swimming' and Hammond was saying, 'I like to go snorkelling on Wednesdays.'"

Jeremy added: "Half of the world's shark attacks are off Réunion and we went swimming there like idiots.

"Everyone on the beach was staring at us like, 'What on earth are they doing…?' And this was all because Richard Hammond thinks he can speak French." 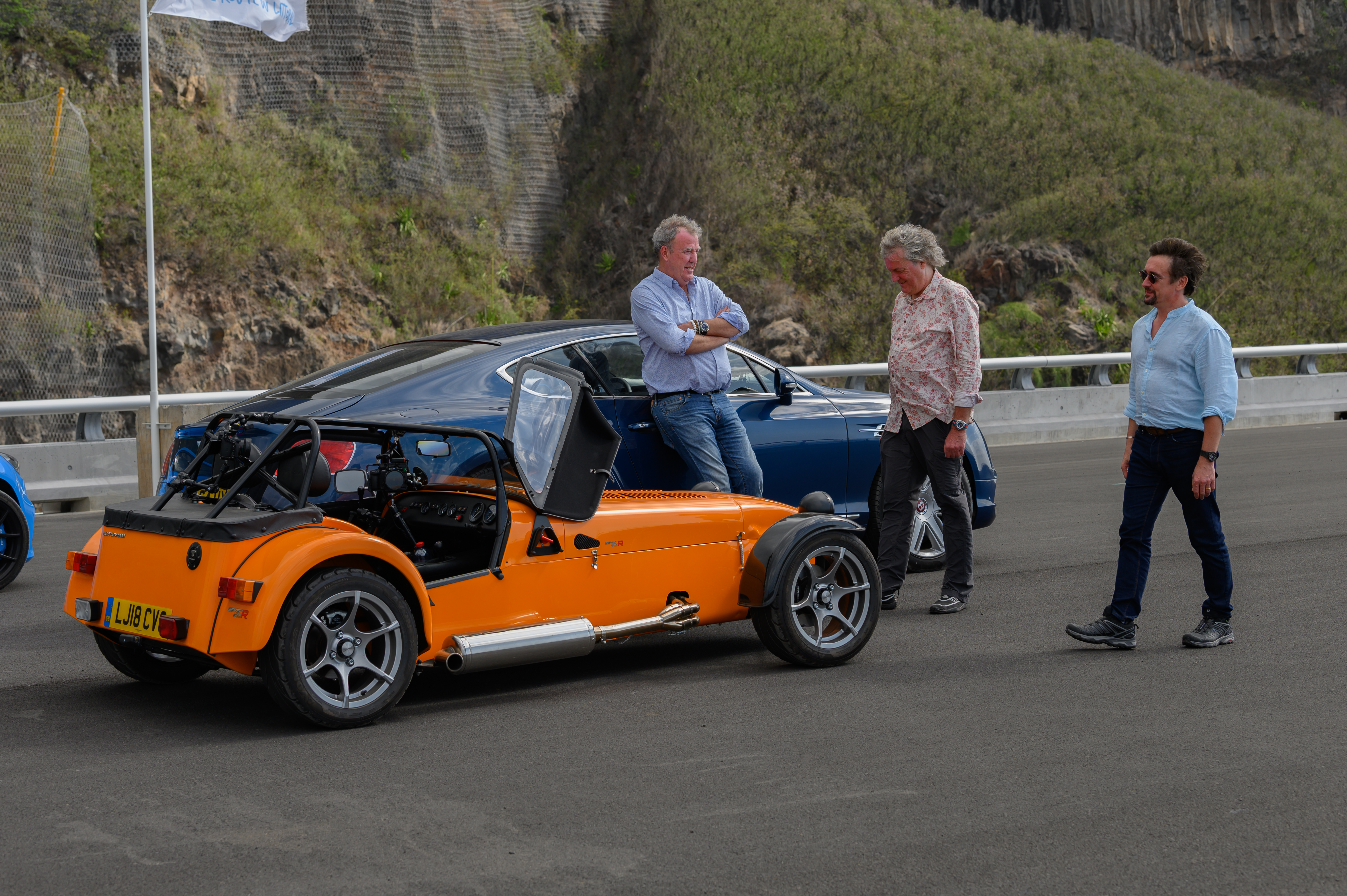 Richard Hammond also cringed when he opened up about dipping into shark-infested water.

He said: "I don’t like sharks. When we first arrived on Réunion we decided to go for a swim, and I said I would go and get the snorkels, so I pranced off to the man with the snorkels and deployed my excellent French.

"He was chatting away and I was chatting back, and it was all great. Me and Clarkson and May had a splash about in the coral reef and then we heard the awful news that the previous day a man had been eaten by a shark exactly where we were.

"So, the others pointed out that the French man was probably saying, ‘For God’s sake don’t go in the water, you will die’. Nobody else was in the water …" 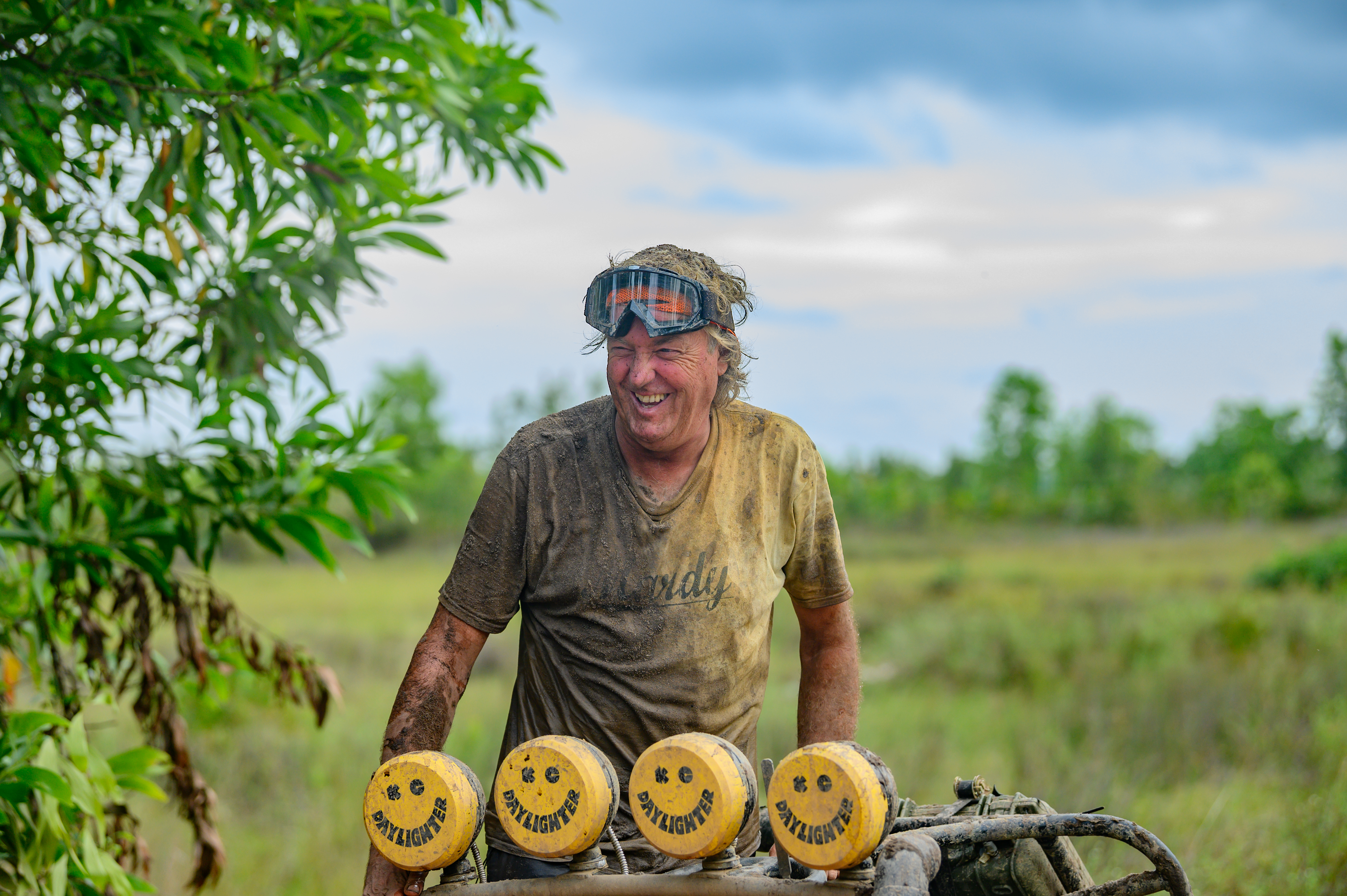 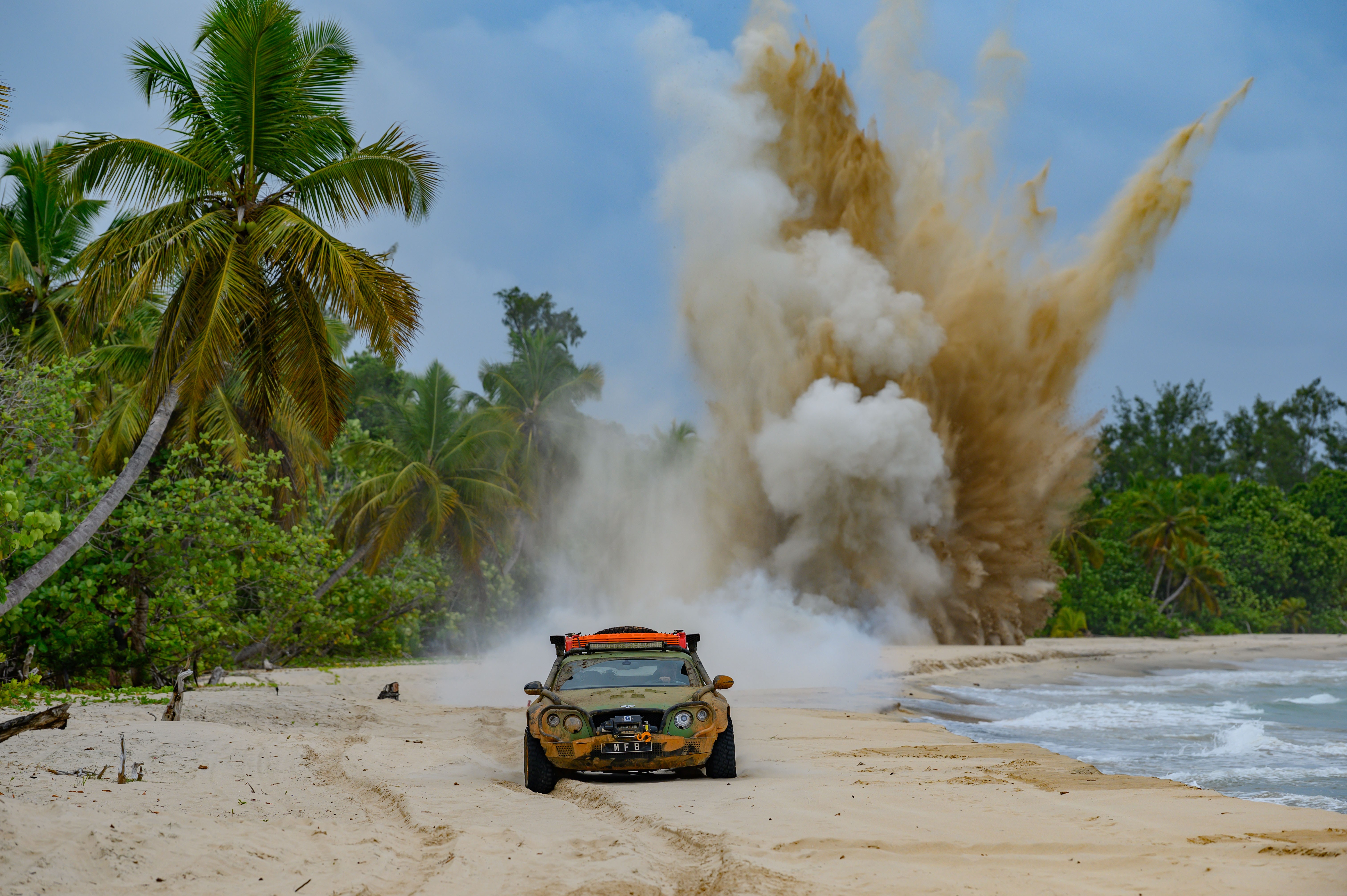 The trio kicked off their trip by driving sports cars across France's most expensive road.

Built to avoid falling rocks from the mountains, the country splashed out €1.7billion for it.

They later go to Madagascar, mod out their cars and try to traverse through the jungle in search for a pirate's hidden treasure.