Serena (played by Yvonne Strahovski) is determined to get baby Nichole back, but her efforts are proving fruitless at the moment on the Hulu series.

However, some fans have suggested that this may merely be a front for her real motives and that she wants to dismantle Gilead, not only freeing Nicole but also others.

Serena’s secret intentions may even have been hinted to in the latest episode in her interactions with June (Elisabeth Moss).

Reddit user 321equinox wrote: “What if Serena is only pretending to follow Fred, and pretending she wants the baby back? But she is actually still planning to work with June to take down Gilead and/or free both of them, Nicole and Hannah.

“She cant let June in on it and risk being overheard with all the attention on them. If they were to make a getaway, as Nicole’s mother, she could go anywhere she wants with her child and ‘her handmaid’, (to all outward appearances.) I realise it seems she is keeping the peace with June to keep up appearances.

The fan also pointed to the action from the most recent episode that could point to Serena’s ulterior motives.

June was enduring her punishment in the hospital as she has been made to wait by the bed of Ofmatthew (Ashleigh LaThrop) until her baby is born.

Serena and June were left alone in one scene at the hospital where the handmaiden attempted to swipe at Serena with a scalpel.

However, she injured herself in the process and sustained a cut to her palm. 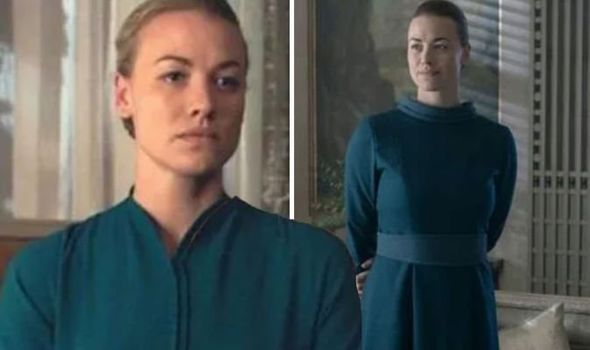 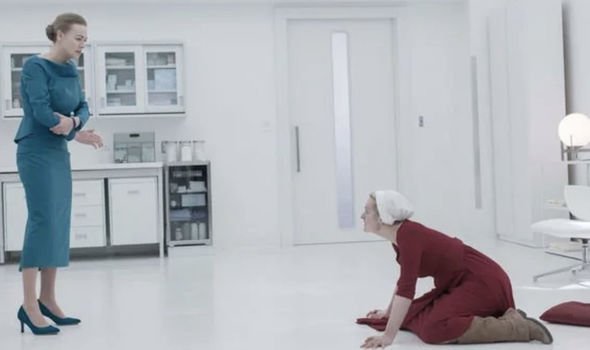 Serena, instead of becoming enraged by June’s actions, called for the doctor (Gil Bellows) to help June get stitched up.

The Redditor continued: “Her reaction to June’s behaviour on the most recent episode was entirely out of character for someone who has such a mean streak.

“Even if she is trying to play nice, that should have set her off.”

Could this be the indicator that Serena is not all that she seems?

There was another interesting development that came from the exchange with the doctor too.

It transpired that he knew June’s mother, Dr. Holly Maddox (Cherry Jones), whom he described as “scary”.

He told June: “Now I know why you took a swipe at Mrs. Waterford. Dr. Maddox, she was scary.” 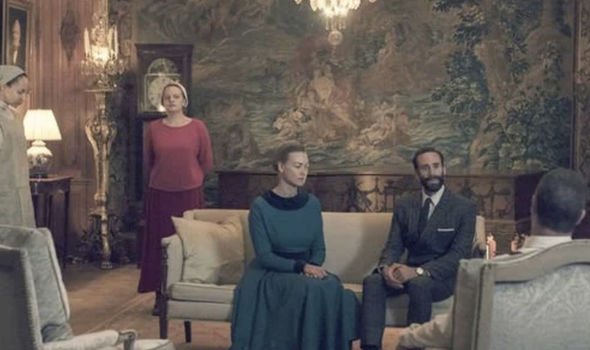 This shared moment and recollection of her mother clearly brought out a lot of emotion for June.

The doctor’s dismissal of June’s actions and the words he offered up to her when she admitted she had been planning on killing Ofmatthew, her commander and the commander’s wife hint that he could be an important figure for June in the future.

While he hasn’t expressly said he is a dissenter of Gilead, it looks like he might be a key ally for June in her mission.

As the episode came to a close, June told the unconscious and dying Ofmatthew that her new plan was to get children out of Gilead.

But will June be able to pull off this brave new feat?

The Handmaid’s Tale season 3 continues 9pm Wednesdays on Hulu on Wednesdays and Sundays on Channel 4.