Over the past three seasons of The Handmaid’s Tale, viewers have seen Aunt Lydia (played by Ann Dowd) control the handmaids with a iron thumb punishing all who stand in her way or defy her. Despite initially coming across as the most fearsome character in the series, Aunt Lydia has begun to weaken and her position in Gilead is at threat. The most recent trailer for season four showed the Aunt bellowing out commands as she warned June Osbourne (Elisabeth Moss) must be caught and punished for helping children get out of the totalitarian state.

There’s no doubt she will try to regain control of the handmaids who have been working alongside June and the Resistance to take down Gilead.

But due to Aunt Lydia’s weakened position in the state, fans will be wondering how much longer she’ll remain in power.

Well, unfortunately for the handmaids, it looks like Aunt Lydia will be sticking around for quite some time.

Author Margaret Atwood has hinted the Hulu series will not only focus on her novel of the same name but also The Testaments. 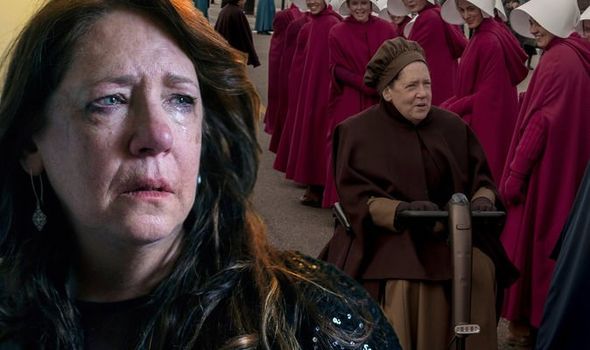 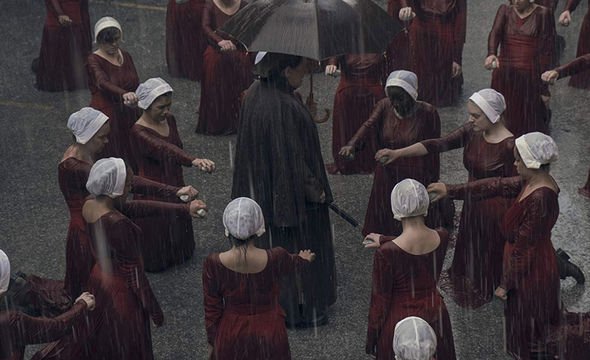 Fans have already been given an insight into Aunt Lydia’s backstory and if the series includes The Testaments, they’ll find out more.

Detailing how she was inspired by Ann Dowd, she continued: “I started writing, and I had the concept, before I could see any of it on the screen, but I saw some of the filming of it.

“In fact, I was in some of the filming of it. 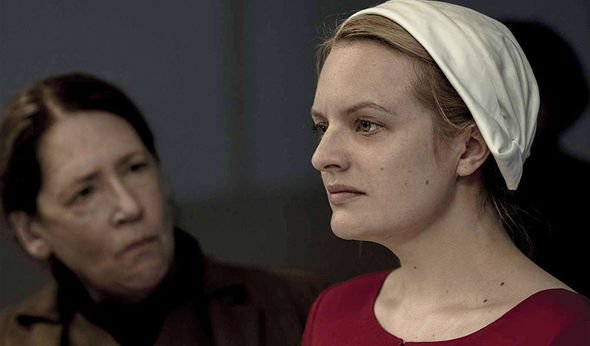 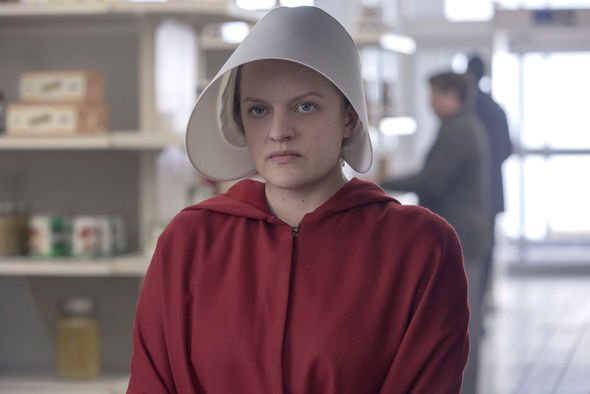 “The scene in Season 1 in which Aunt Lydia is conducting the shaming session and somebody bonks Elisabeth Moss over the head.

“That’s actually me, as you probably know. We had to shoot it several times, because they said, come on, hit her harder. They did add a sound effect.”

It seems Ann is also hoping The Testaments is adapted for TV as Margaret divulged: “I saw Ann Dowd in action on that occasion and she was really good.

“She was overjoyed when “The Testaments” came along.

“She said, “Oh, I was just praying for more Aunt Lydia, and there it was!” She has done the narration on the audio book.”

Could this be confirmation that Aunt Lydia won’t be killed and remain a central character in the series?

It comes after Elisabeth Moss revealed she’d pitched an ending to bosses which involved a desert island.

She told The Times she’d suggested “June ending up in a really modern relationship on an island”.

“It’s very French, and they have beautiful children,” the actress added.

When probed if the ending would be happy thought, Elisabeth simply teased: “It depends what you define as happy.”

Unfortunately for fans it seems they have a long wait ahead before they find out what the future holds for June and Aunt Lydia.

The Handmaid’s Tale seasons 1-3 are available to stream on Now TV and Amazon Prime Video now.