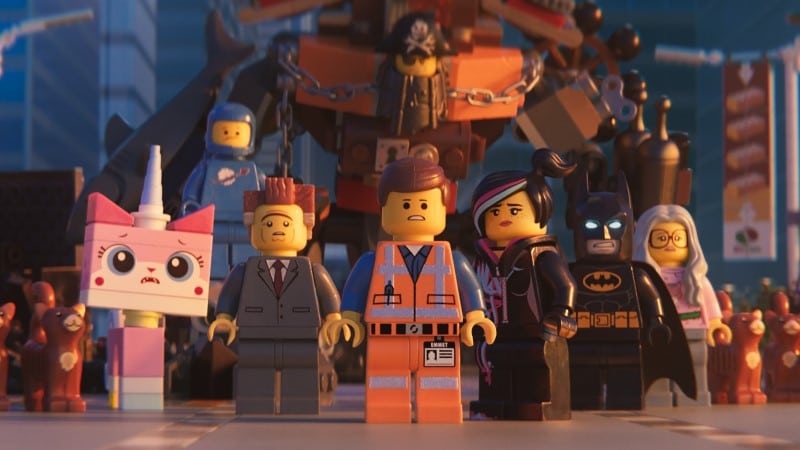 The LEGO Movie 2: The Second Part is off to a good start, becoming another big hit in the LEGO universe.

It has a fairly high Rotten Tomatoes “fresh” score of 85 percent and it was the top grossing film this past weekend.  Now if you could only figure out who all those voices belonged to, w here for you.

Once again Chris Pratt lends his voice for Emmet who is still the happy-go-lucky mini-figure he has always been despite the fact that his LEGO world, Bricksburg, has literally fallen to pieces and is now known as Apocalypseburg.

But when his girlfriend Lucy (Elizabeth Banks) and other friends become kidnapped, he is on another adventure intent on rescuing them.

Joining Pratt and Banks is Will Arnett reprising his role as Batman, Alison Brie as Unikitty, Charlie Day as Bennie and Will Ferrell as President Business.

Stephanie Beatriz playing the helmeted mini-doll, General Mayhem and her alternate personality, Sweet Mayhem (a character that the cartoon makers describe as “Darth Vader with sparkly wings”), Alison Brie as Ultrakitty and Nick Offerman as MetalBeard.

This time around, Pratt is doing double duty also voicing
the character Rex Dangervest, who like Pratt played in Jurassic World, is also
raptor trainer and someone Emmet aspires to become.

Jason Momoa reprises his role as Aquaman for the film becoming the only DC superhero actor to portray their own character in LEGO form.

Another group of actors themselves in LEGO Movie 2 including Bruce Willis, Gary Payton, Sheryl Swoopes.