Harlequin took to the stage of The Masked Singer for the second time on Saturday night, performing a rendition of Nat King Cole’s Smile. Luckily, the contestant didn’t have to take part in the sing-off after doing enough to impress the judges and the studio audience. With numerous clues given about which celebrity is participating in the ITV competition, BBC Breakfast presenter Naga, 45, spoke out about the rumours she is taking part on Monday’s episode of her BBC 5 Live radio programme.

Panellist Davina McCall, 53, wasn’t too far off the mark as she suggested Naga during Saturday’s episode of the singing contest.

It won’t be until Harlequin is voted off that viewers will discover exactly who they are but Naga has added smoke to the fire over the rumours she is the regal character.

“The panel of judges took a little bit of deliberation. Harlequin was asked to give a few clues about who Harlequin is,” she began on Radio 5 Live today.

After listening back to what the panel said about the contestant, the radio presenter asked her listeners: “But anyway, what do you think?” 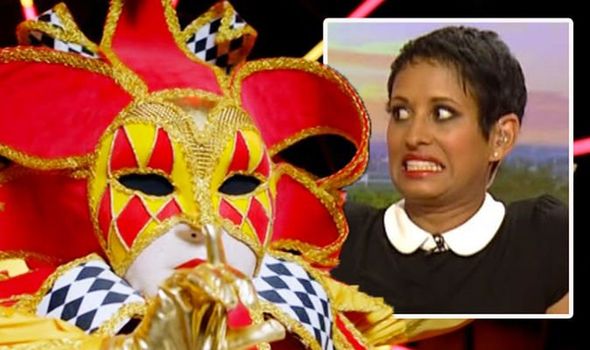 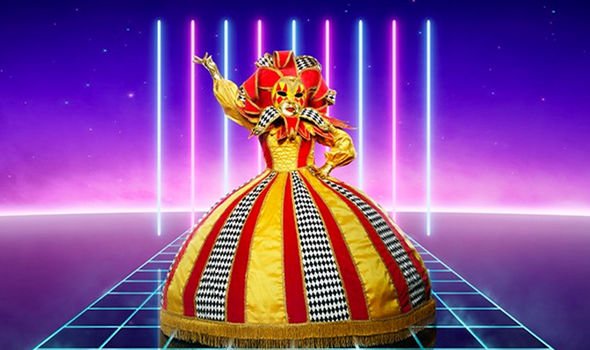 “What it got us talking about… and no we will not be saying whether or not I am Harlequin, that’s for the programme to continue and to keep you guessing,” she added, teasing her participation some more.

“All I would say is I think Harlequin has a fantastic voice and gave a fantastic performance,” Naga cheekily remarked.

As well as hinting they could have a job which requires them to get up early, the Harlequin has given several other clues to their identity.

During their first stint on the show, the regal character said they were “A bit of a clown, and although I’m no fool, you can definitely say that I’m a bit of Jack.” 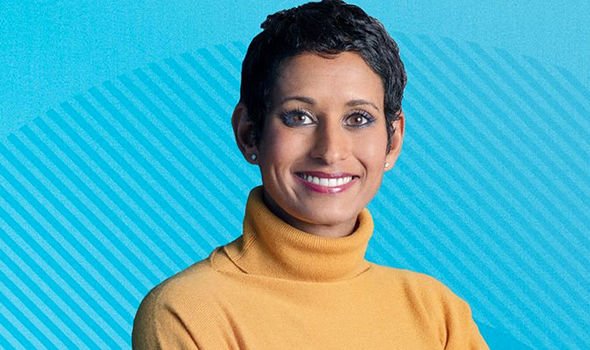 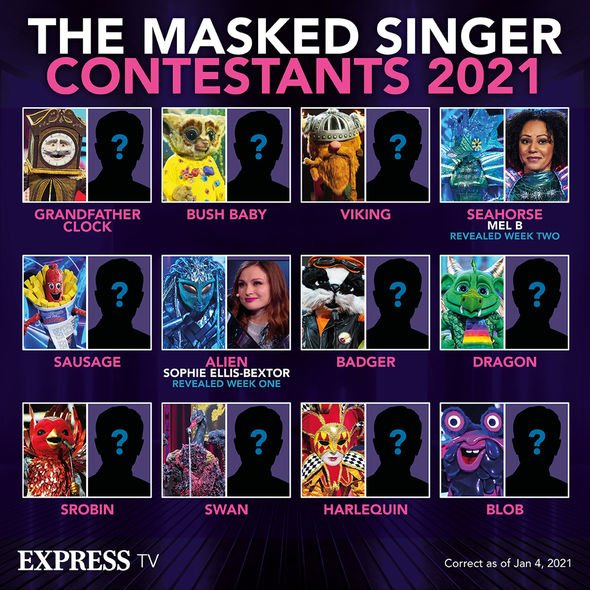 Harlequin has a fantastic voice

However, they admitted they found the prospect of walking on stage “terrifying” and karaoke was “a whole new experience.”

The regal character was seen reading a newspaper and they also claim they “once played a male lead in a musical.”

According to the contestant, they are “fascinated by stories and loves to read” with a particular interest in “horror and gore.”

Taking to Twitter, fans have been guessing a whole calibre of celebrities who could be taking part as Harlequin.

One viewer wrote on the social media platform: “Catching up with the first half of #TheMaskedSinger and think Harlequin is Gabrielle?”

“I’m not even watching it tonight but I need to tweet that Harlequin is 100 percent @emelisande so I can be smug when it’s revealed #TheMaskedSinger,” a fifth chimed.

So far, four celebrities’ identities have been revealed with Alien the first up to be unmasked as singing sensation Sophie Ellis-Bextor, 41.

Spice Girls star Mel B, 45 was unveiled as Seahorse and Swan was exposed as former EastEnders and Love Actually actress, Martine McCutcheon, 44.

Last weekend, Grandfather Clock was voted off and it was former professional footballer Glenn Hoddle, 63, who was taking part.

This weekend will see all remaining eight contestants perform for the first time together on stage but who will be the fifth to leave?

The Masked Singer continues Saturday at 7pm on ITV.