The 1980s popster Tony Hadley is at the centre of a fan-led inquiry into the identity of the celebrity who has assumed the role of Monster for The Masked Singer, with some viewers convinced they have cracked who is lurking within the lustrous azure pelt.

So far Monster, perhaps an unsuccessful student from Monsters University, has performed once on The Masked Singer.

His rendition of Pharrell Williams’ Happy had the show’s panellists and viewers at home scratching their heads as to who might be inside the costume.

As Monster urged everyone to, “Clap along if you feel like happiness is the truth,” viewers were on the hunt for this truth.

The panellists had a few ideas of their own, suggesting Jamie Foxx, LL Cool J, Andre 3000, or Cee-Lo. 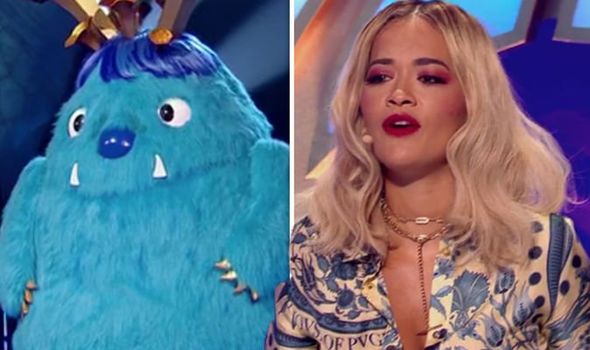 One name out of the mix stood out and gained traction – Cee-Lo.

Many viewers were quick to jump onto this theory with some spotting a connection between the singer and the onstage character.

The clue sparked serious internet trawling and this deep dive into the link between a giant blue monster and 1980s pop was rewarded.

In an interview with The Guardian in 2010 Cee-Lo discussed his love of 1980s British New Romantics.

Cee-Lo spoke about how British music had influenced him: “So many of the bands that influenced me growing up were English, even if I didn’t realise it. English pop ruled the world in the 80s!”

He spoke about one track which has stayed with him throughout his life: “A Flock of Seagulls, Culture Club, Duran Duran…

“My sister bought me the 12-inch of ‘The Look of Love’ by ABC and I loved that.” 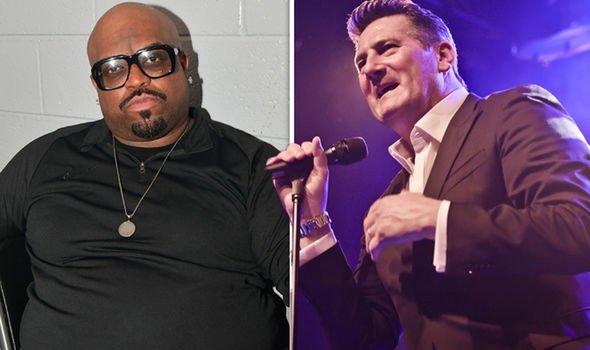 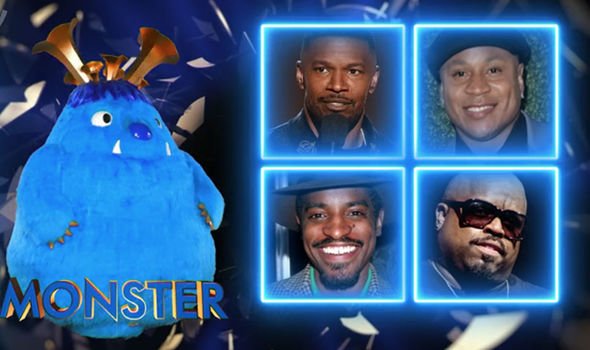 While Martin Fry made a strong impression on him, there was one British singer he wanted to impress: “I remember thinking, when I saw the singer from ABC wearing his gold suit: ‘This is very stylish.’ I’d wear a gold suit today if I could get one made.”

He added: “Hopefully, if someone like Tony [Hadley] from Spandau Ballet sees me looking stylish, they’ll recognise it comes from them.”

It comes after it was reported bosses were “in panic” as the identities of this year’s competition has been “leaked”.

A source told the Daily Star: “Some of the stars are more obvious than others.

“But the fact that fans have managed to work out who Duck and Queen Bee are is quite incredible.”

There have been plenty of guesses for both the Duck and Queen Bee with fans certain Nicola Roberts is the latter.

But who else is rumoured to be in the other costumes, like Unicorn or Tree?

The Masked Singer continues on ITV on Saturday night at 7pm.