They may be twins, but that resemblance is where the resemblances stop 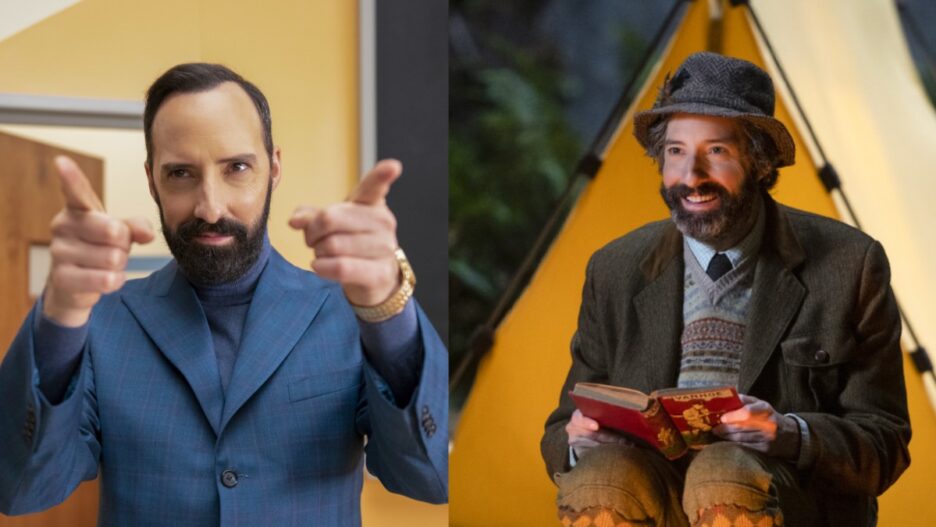 In the final moments of last week’s two-episode premiere of “The Mysterious Benedict Society,” we were introduced to Tony Hale’s second character in the series: L.D. Curtain. And in those moments, it was immediately clear that he was much different than his twin brother. Where Benedict is earnest, albeit a bit strange, Curtain is suave and connivingly smooth — sort of making it an actor’s dream for Hale.

“That’s a good way of putting it,” Hale tells TheWrap with a laugh. “Yes. And daunting. When they first brought it to me, I did not know about the series so I looked into it and I was very excited just to see Trenton [Lee Stewart’s] books, and I love the world that he created. But also just, the opportunity to play twins was really, really exciting. So, hopefully I did it okay!”

Indeed, he did it just fine. Though we as an audience didn’t get to spend very much time with L.D. Curtain after his introduction last week, this week’s episode “Depends on the Wagon,” really shed some light on who he is. We knew going into things that he was Mr. Benedict’s twin brother, but apparently, Benedict himself did not.

Well, okay, he knew he had a brother. His name was Nathaniel, and they were orphans. Mr. Benedict got adopted, but apparently the family that chose him only had room for one child, leaving Nathaniel behind. Mr. Benedict had no idea what became of his twin, and as a result, was blindsided by the fact that he’s now running the Institute. All in all, it’s a pretty solid villain origin story. 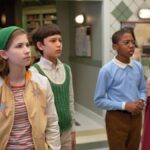 Of course, like all good evil twin stories, the two are incredibly different. You might think Curtain was more fun for Hale, considering villainous versions of a character often are, but really, he can’t pick a favorite.

“I loved how affable and full of life and hopeful Benedict was. He was just this kind of Shakespearean, just loving character, that was really free and kind of scattered. And so that was really fun,” Hale says. “However, he had really bad posture, and my lower back was hurting.”

That said, Hale can clearly draw the line between them, because Curtain was essentially Benedict’s direct opposite.

“With Curtain, he was very sarcastic, and so I loved playing with that sarcasm. Curtain, how he was dressed, it was very uptight, and kind of uncomfortable,” Hale notes. “His office was uncomfortable, it was very cold. And so… I loved playing with Curtain’s sarcasm and kind of his — the facade he put on of being very kind, but having a hidden agenda. With Benedict, his agenda was just out in the open. He was like ‘Listen. We just gotta find the truth,’ and I love it.” 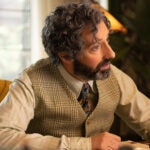 Sure enough, in the last few minutes of this week’s episode, we saw that facade come down ever so briefly. As Curtain chatted with one of his confidantes, an engineer of some sort, we got a glimpse of just how menacing the man can be.

So, in the event of a possible “Parent Trap” type situation — because all good twin stories tend to have the moment where one twin tricks the allies of the other twin — we should likely be keeping a close eye on the characters’ demeanor.

And given the level of security being installed at Benedict’s house, we may also want to worry about how dangerous Mr. Curtain actually is.