Most people know Mike Schur for comedies like Brooklyn 99, The Good Place, and Parks and Rec. But among fans of The Office, Schur will always be Mose Schrute.

Mose wasn’t a main character in The Office, but he did appear often. Find out why Schur said playing Mose was a “waking nightmare” and why the character was included frequently throughout the NBC comedy’s run.

Mose is Dwight Schrute’s cousin in ‘The Office’

Before he became Mose, Schur was a writer on The Office. Like many of his co-stars, including Mindy Kaling and B.J. Novak, Schur eventually doubled as an actor in the comedy series. Schur played Dwight Schrute’s (Rainn Wilson) cousin. He was often a source of manual labor on the farm and a confidant to the Dunder Mifflin employee.

The Brooklyn 99 producer described playing Mose as “a waking nightmare,” according to Brian Baumgartner. “I famously and most annoyingly to me played Mose Schrute,” Schur said on Baumgartner’s podcast The Office Deep Dive. “I hated it … hated every second of it because I was wearing wool clothes and had a neck beard and it was always really hot.” 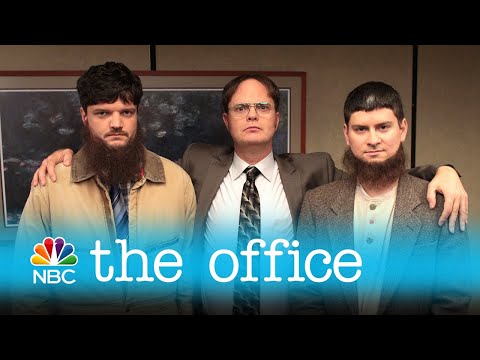 More than the discomforts of Mose’s physical appearance, Schur hated the character because he didn’t find him funny. “The joke was that he didn’t talk,” the Parks and Rec creator explained. “That’s not a funny joke,” he added, laughing. “I had to get up at 4:30 in the morning and drive to the middle of nowhere and wear wool clothes.”

During his conversation with Office star Baumgartner, Schur talked about how frequently Mose was featured in The Office. “The joke became with the writers because they knew how much I hated it,” Schur said. From being shirtless to riding a seesaw and jumping on a trampoline, the writers came up with all kinds of ridiculous things for Mose to do.

“They would compete with each other to see what was the most humiliating possible thing they could have me do,” Schur added. “If I said, ‘I love doing this,’ they never would have put me in the show again. But because I hated it so much and was so vocal about hating it [they continued putting Mose in the show].”

Most of the writer’s ridiculous scenes ended up in The Office. In the season 4 episode “Money,” Jim (John Krasinski) and Pam (Jenna Fischer) stay at Dwight’s bed and breakfast. Upon their arrival, Mose greets them by running alongside their car “like a dog” as they drive up the farm.

“We did that scene — it was 140 degrees and I was in wool clothes and wool-covered boots that didn’t fit properly,” Schur described. “That sprint is probably 150 yards. I had to run all the way up into Schrute Farms. Of course, [the scene] cuts off long before I get there, but Paul [Lieberstein] was directing.”

Schur said Lieberstein had him ran up and down the path multiple times. He felt Lieberstein “delighted” in watching him run in discomfort. 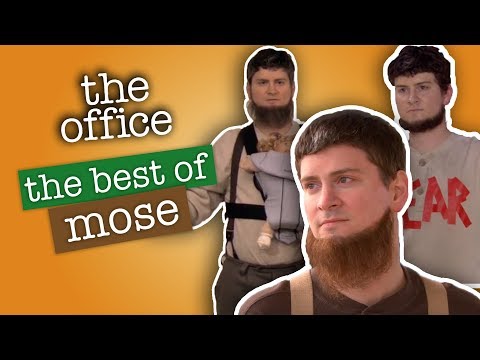 Other notable scenes Schur cited as ridiculous include: when Mose was wearing dinosaur pajamas in the outhouse, being put in a coffin, and riding a moped over a bunch of cars.

“They made me do that moped thing — I don’t know how to drive a moped,” Schur said. “No one taught me how to drive; they were like, ‘Just get on.’ Because the point was if I wiped out, it would be really funny.”

The subtext of everything Mose did on the show was “the worse this goes, the funnier it will be.” For that reason, Mose is a favorite among many fans of The Office.