The One Show host Alex Jones brought The Walking Dead star Samantha Morton to the BBC programme this evening to discuss her new show I Am Kirsty.

Samantha joined Emili Sande to discuss their careers, but Alex was forced to make a quick announcement before diving into Samantha’s latest role.

Samantha is currently portraying Alpha in The Walking Dead, and The One Show illustrated what the role entailed before discussing it at length.

But Alex was quick to lay out a warning for parents of young children before the clip was played.

Looking directly to the camera she said: “Well we’re going to see a bit of The Walking Dead now.

“And for those of you who have still got little ones up not wanting to go to bed… maybe take them away from the telly for this one.”

Samantha could be heard saying: “No no, don’t do it!” behind Alex’s warning.

The clip showed off Alpha introducing herself to Daryl Dixon (played by Norman Reedus).

She was surrounded by a collection of gruesome Whisperers who were hidden underneath undead skin.

In the footage she menacingly announced: “I am Alpha!”

Samantha later spoke about getting into character for portraying Alpha. 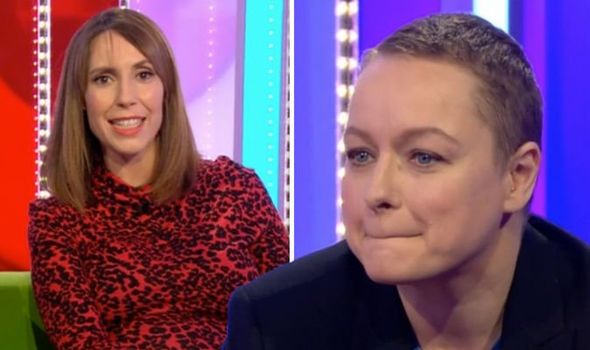 Earlier this week Alex was left a little shocked when a guest told her a story about the Queen.

Miriam Margoyles arrived on the sofa this week and mentioned she once met the Queen and “behaved like an idiot”.

After discussing how she may talk too much in showbiz, she went on to announce: “I was told to be quiet by her majesty.”

She went on to tell the entire story, saying: “Well, so embarrassing. British book week at Buckingham Palace, the Queen walks over to me and she says: ‘And what do you do?’

“And I said, instead of saying I’m an actress or I read stories, I said – oh it’s so embarrassing. I said, ‘I’m the best reader of stories in the whole world!’ 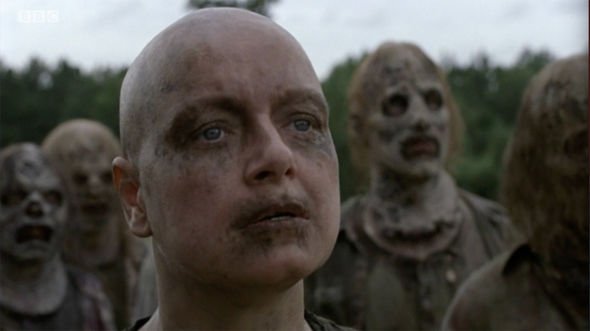 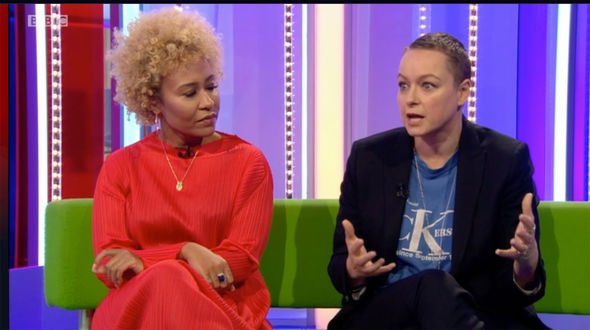 “Because, I think, when you meet royalties something snaps in you.

“I was nervous and I behaved like an idiot!

“And she clearly thought so because she looked at me and went [insert eye roll].”

This story was enough for Alex and Matt to begin laughing uncontrollably.

The One Show airs weekdays at 7pm on BBC One.