The One: Netflix release trailer for new drama

Streaming giant Netflix has gripped subscribers with yet another unpredictable thriller series, The One. With endless potential for its as yet unconfirmed second season, Zoë Tapper has spoken exclusively to Express.co.uk about what fans could expect to see if the series continues.

Brand new streaming series The One may be about finding true love, but Kate Saunders’ (played by Zoë Tapper) relationship with Sophia Rodriguez (Jana Pérez) could end in disaster.

With the series set a short jump into the future, Kate uses a revolutionary matchmaking app that uses her DNA to connect her with someone she’s guaranteed to fall in love with: Sophia.

The process works, but their passionate romance is threatened when Sophia lands herself in hospital following an accident during her first trip to visit Kate in the UK.

Major spoilers ahead, as those who have finished the series will know that Sophia is revealed to have been keeping a huge secret from Kate since their first meeting. 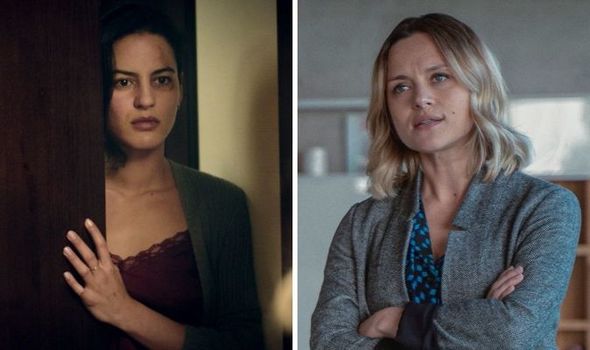 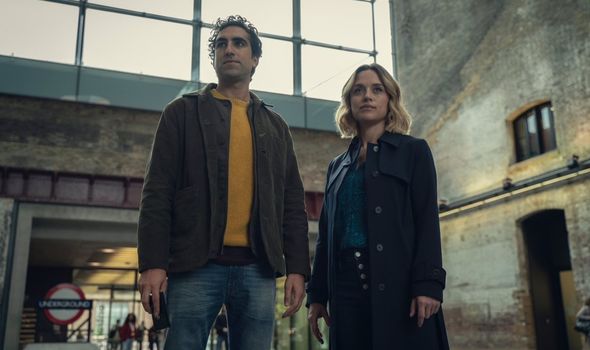 Kate first discovers that Sophia has a wife she may have to contend with, though she luckily finds out the two have separated.

Their relationship is challenged even further when Kate’s new partner confesses she blames herself for the death of her mother after a horrific car crash.

She explained: “That’s not to say they can’t connect on an emotional or romantic level, being different, but at the same time I think their sort of ethics seem to be different as well.” 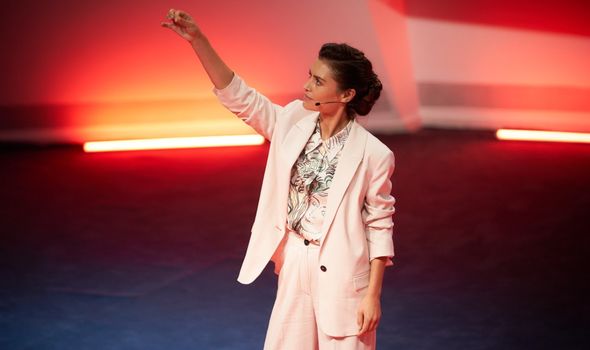 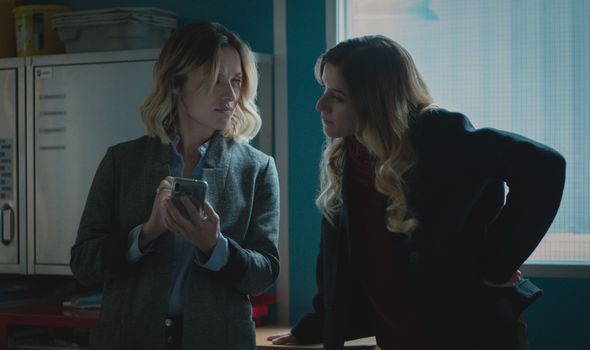 “We’ve got Kate almost being a workaholic and so committed to her job, you start to see Sophia kind of just enjoying the spoils of having somebody look after and not really doing much doing the day.”

Sophia’s carefree attitude may have been one of the things Kate found so attractive about her, but it could also start to be a hindrance if their relationship starts getting more serious.

Tapper added: “I think that’s going to start grating on Kate eventually, and it’s going to cause problems.”

Moreover, Sophia’s secretive nature has already caused friction, and Kate could start to resent the fact there are some things she may never know about her partner.

Sophia has already kept a major event from her past hidden, so there’s every chance of more shocking secrets being revealed if The One returns for season two.

The actress continued: “For someone like Kate who’s all about truth – she’s a detective for goodness’ sake.

“She wants to know what the truth is, so for someone that she loves to lie to her I think is going to be problematic. This problem is going to keep recurring.”

The fact The One star believes this problem is more than likely to happen again could suggest there are even more revelations in the pipeline for a follow-up to the new series.

However, the couple’s connection to each other has been fine-tuned by The One’s DNA matchmaking capabilities, making a potential breakup even more challenging.

Season one has already concluded with an earth-shattering twist in the show’s already mind-boggling sci-fi premise.

As the character’s personal problems start to collide with the matchmaking app’s design flaws, Kate and Sophia’s relationship could be the first casualty of season two.

The One is available to stream on Netflix.