IT’s banked over £3bn pounds at the box office, churned out two smash hit Hollywood films and earned it’s place as the highest grossing musical film of all time.

But ABBA's Mamma Mia wasn’t always destined to become the Super Trouper it’s turned out to be. 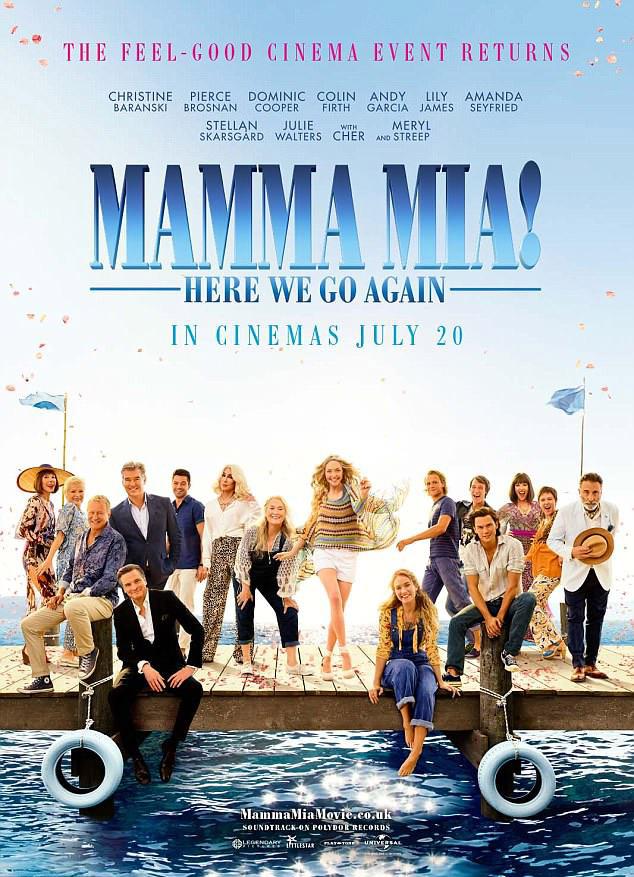 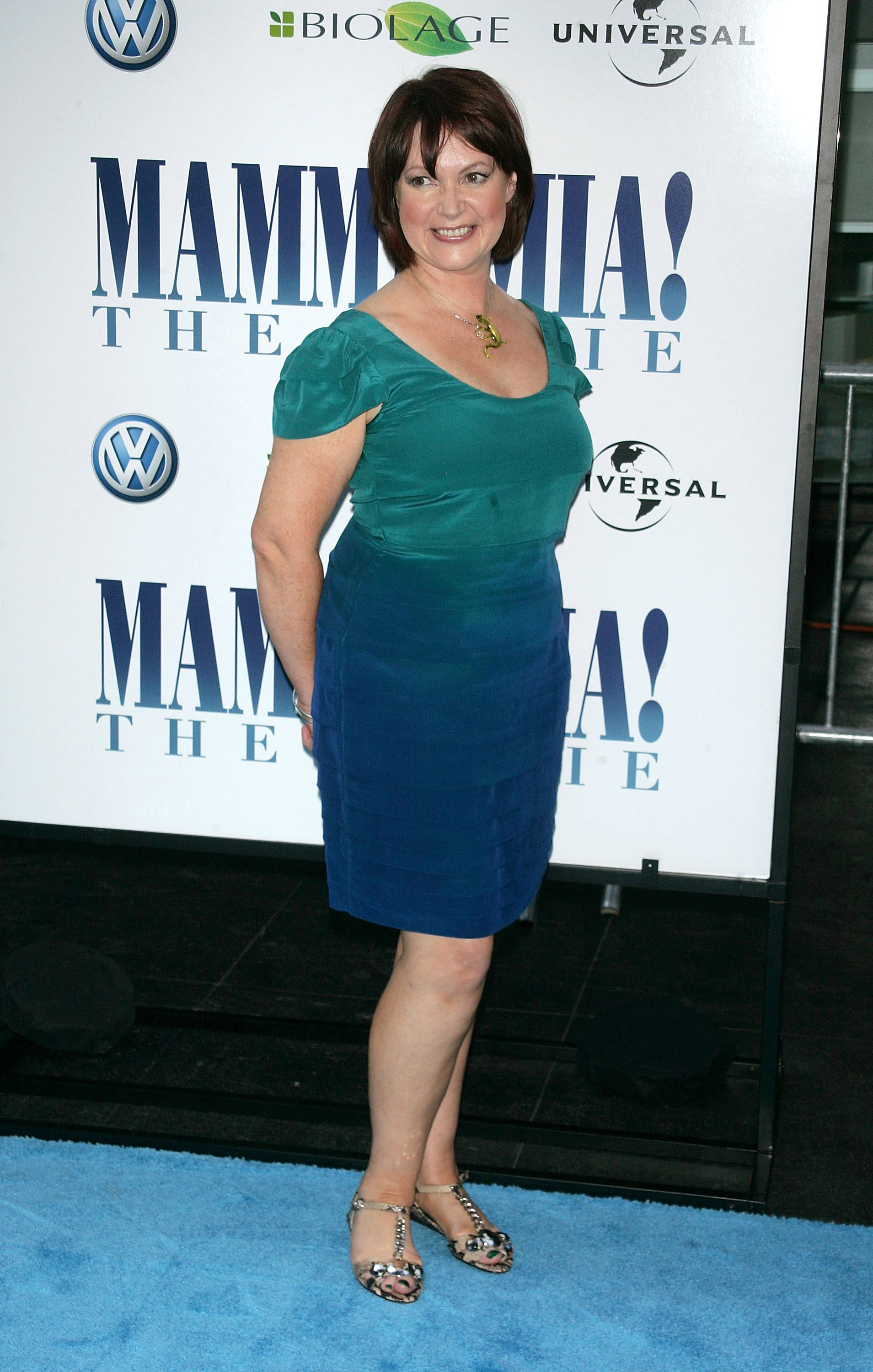 In an exclusive interview with The Sun, to mark 20 years of the show since it hit the West End, Mamma Mia writer Catherine Johnson explains exactly how a humble idea from producer Judy Craymer pitched to ABBA’s Benny, 72, and Bjorn, 73, 22 years ago went on to become the fifth longest running musical in West End history.

Catherine admits that when the show first opened in the West End back in 1999, expectations were so low that the theatre had only been booked for three months.

She explains: “I just didn't know what to expect. I'd never done anything like this before. Nobody was raising my expectations up too much. 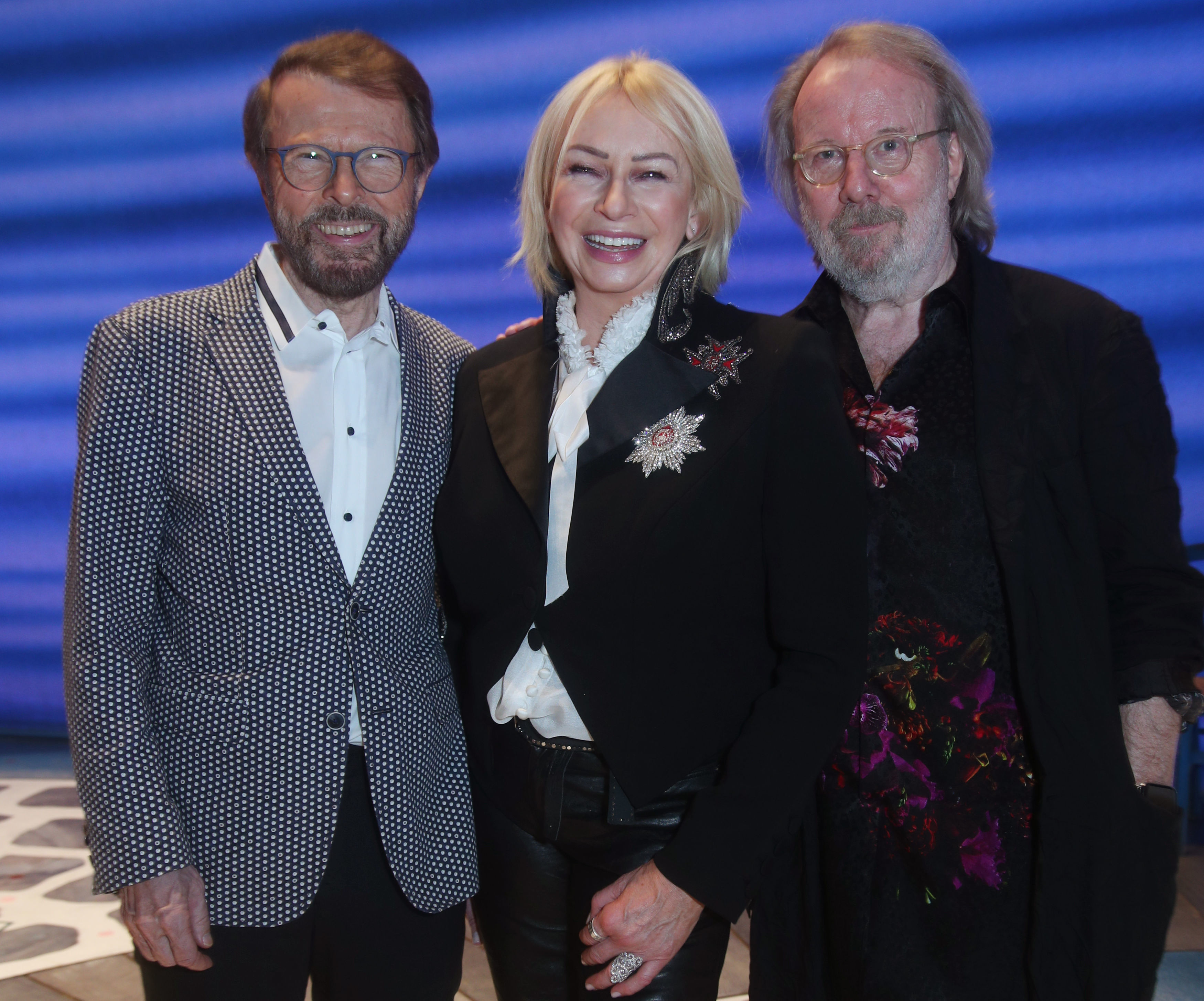 “I think the theatre was only booked for three months. I was like ‘Let's get this open. It's been really hard work but get this open and then you've got to get on with something else.’”

But nothing could quite have prepared her for the stratospheric success of the musical.

Two years after it opened on the West End, a Broadway version began which ran for 14 years and the show has now toured in 50 countries and all six continents.

The success of Mamma Mia has also paved way for hits like Queen’s We Will Rock You, Frankie Valli and The Four Season’s Jersey Boys and Carole King’s recent West End hit Beautiful. 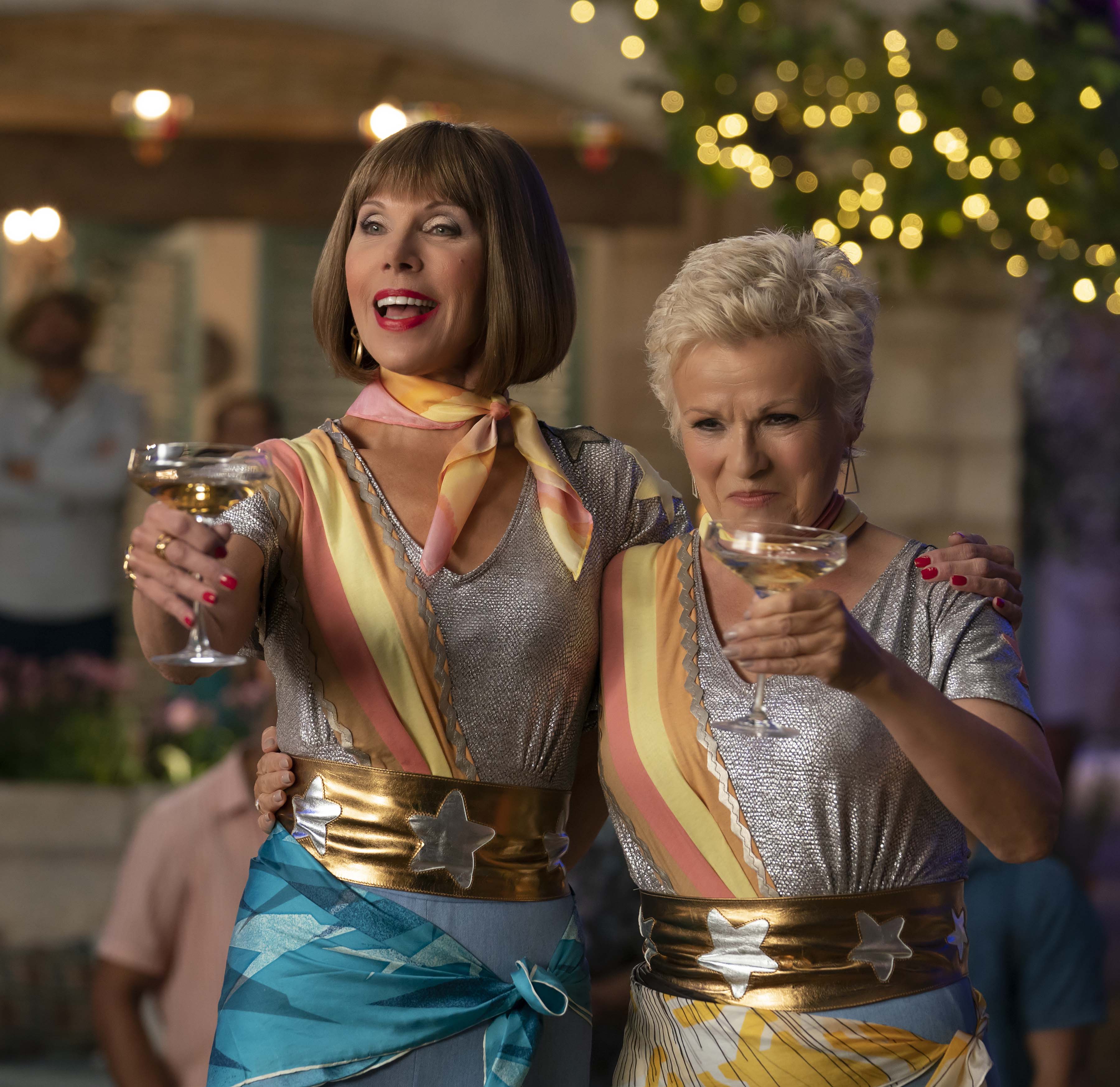 Producer Judy Craymer, a trailblazer in jukebox musicals, had been the person to approach Benny and Bjorn about the idea back in the nineties when she was working as an assistant to composer Tim Rice.

Catherine was brought on board by Judy to write the story in 1997 – two years before the show opened on the West End.

She explains that Benny and Bjorn went for her idyllic Greek backdrop straight away with Donna and her daughter Sophie as central characters.

But a few “flourishes” were lost along the way including a crooked casino owner called Stanley who met the cutting room floor. 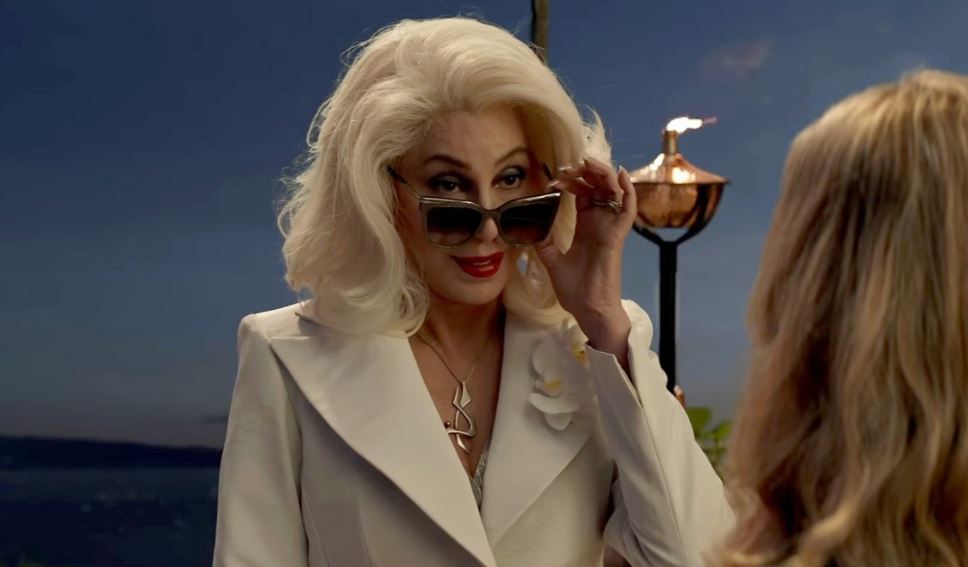 Catherine goes on: “The main story line Benny and Bjorn went for immediately. There were a couple of flourishes to the story line that got lost after the very first treatment. But in many ways it has stayed intact from what would have been 22 years ago.

“It was the addition of a character called Stanley who was a crooked casino owner and that was probably to shoe horn Money Money Money in. And thankfully Stanley bit the dust after a very short time. Not one of my finest moments I've got to say.”

After a solid ten years as a stage show, Judy then pitched the idea of a film version to studio Universal.

All that was missing was the star cast.

Catherine explains: “I think Judy was clever in not rushing off and getting the movie made too quickly. She wanted it to come at the right time. She wanted Mamma Mia the stage musical to have its own impact around the world, which it ended up doing.

“And she wanted to keep director Phyllida Lloyd and me on board as well. By the time we talked to Universal, ten years later, we were able to say ‘we know what works’. The show really proved what worked and we didn't have to put too much in there.” 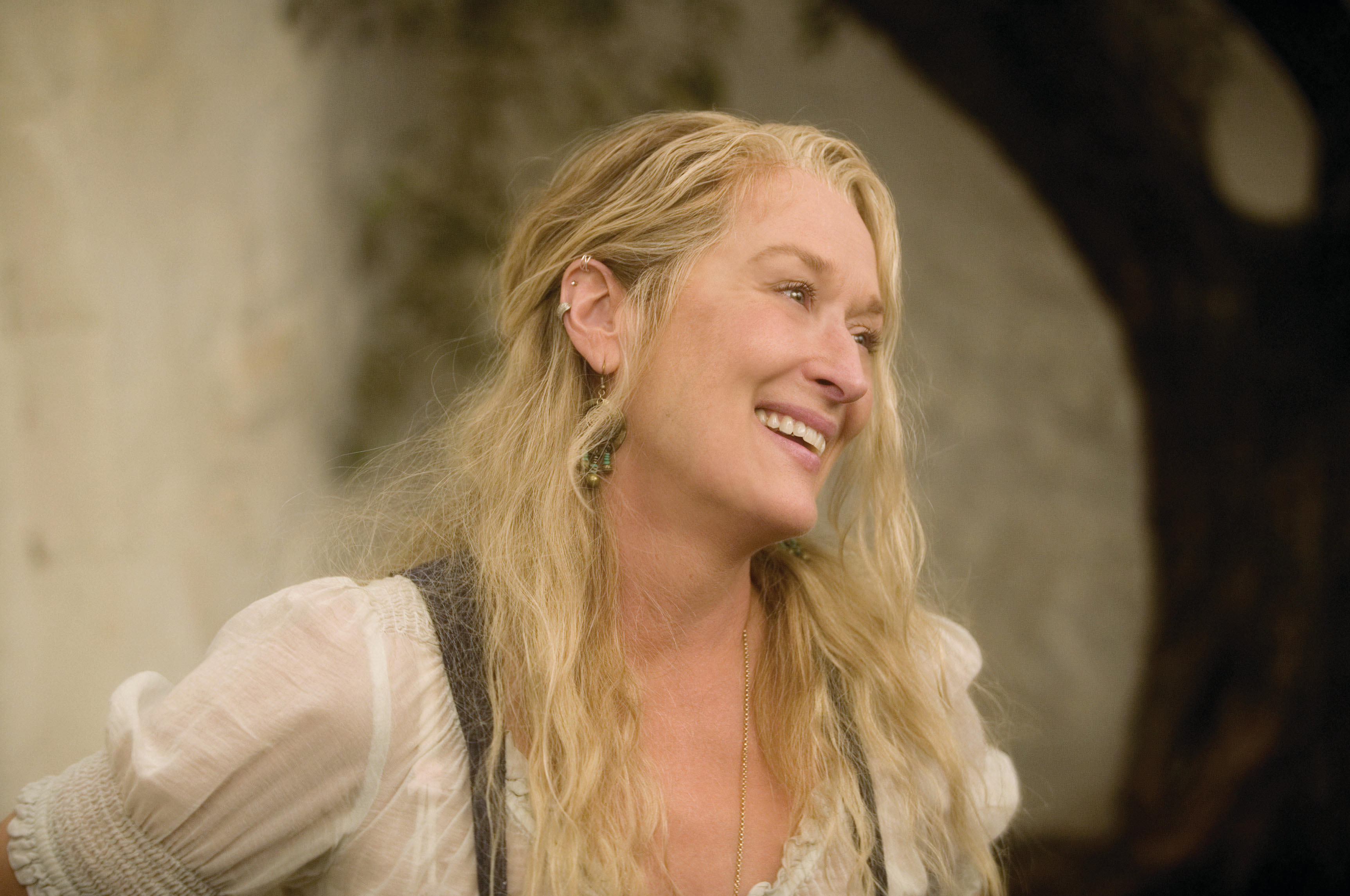 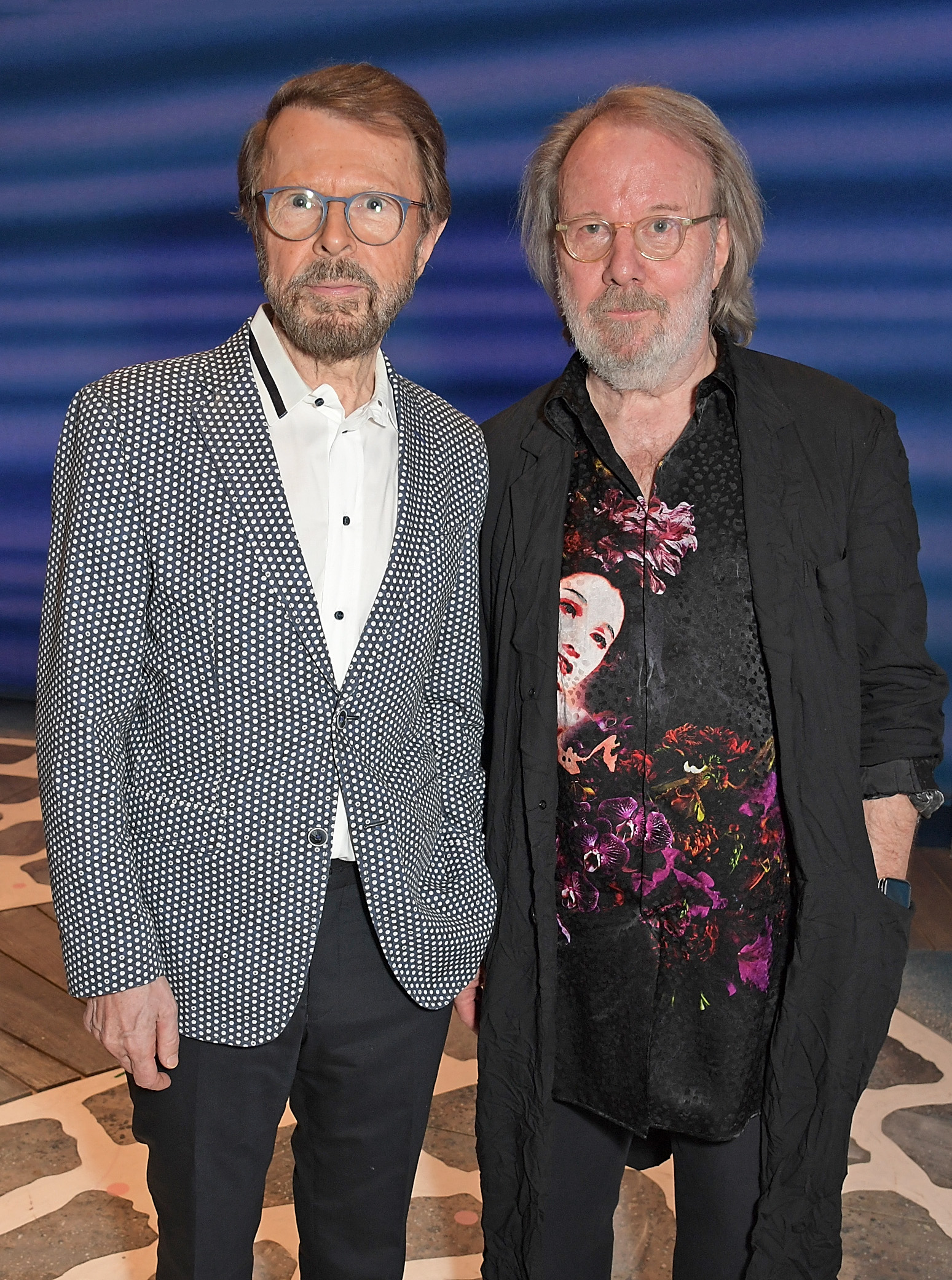 Hollywood star Meryl Streep, 69, had only been a pipe dream for Catherine, Judy and director Phyllida.

Catherine explains: “I can remember they went to talk to her and getting text messages from them just before they'd gone in.

She says: “The main reason is cause I wasn't interested in writing a prequel. As a writer I don't want to know the ending before I start so I obviously know what happened before. It just wasn't for me and Phyllida wasn't involved so I was happy to let it go.”

The sequel, starring superstar Cher, 72, was once again smashed targets and was named the most successful prequel at the box office.

But even now after two hit films and 20 years on the West End, Benny and Bjorn aren’t willing to let the lucrative Mamma Mia brand rest.

While rumours swirl about a third film, Mamma Mia: The Experience is set to open at London’s O2 this Summer.

For £135 punters will get to experience a live stage show, three course dinner and Greek tavern dancing late into the night. 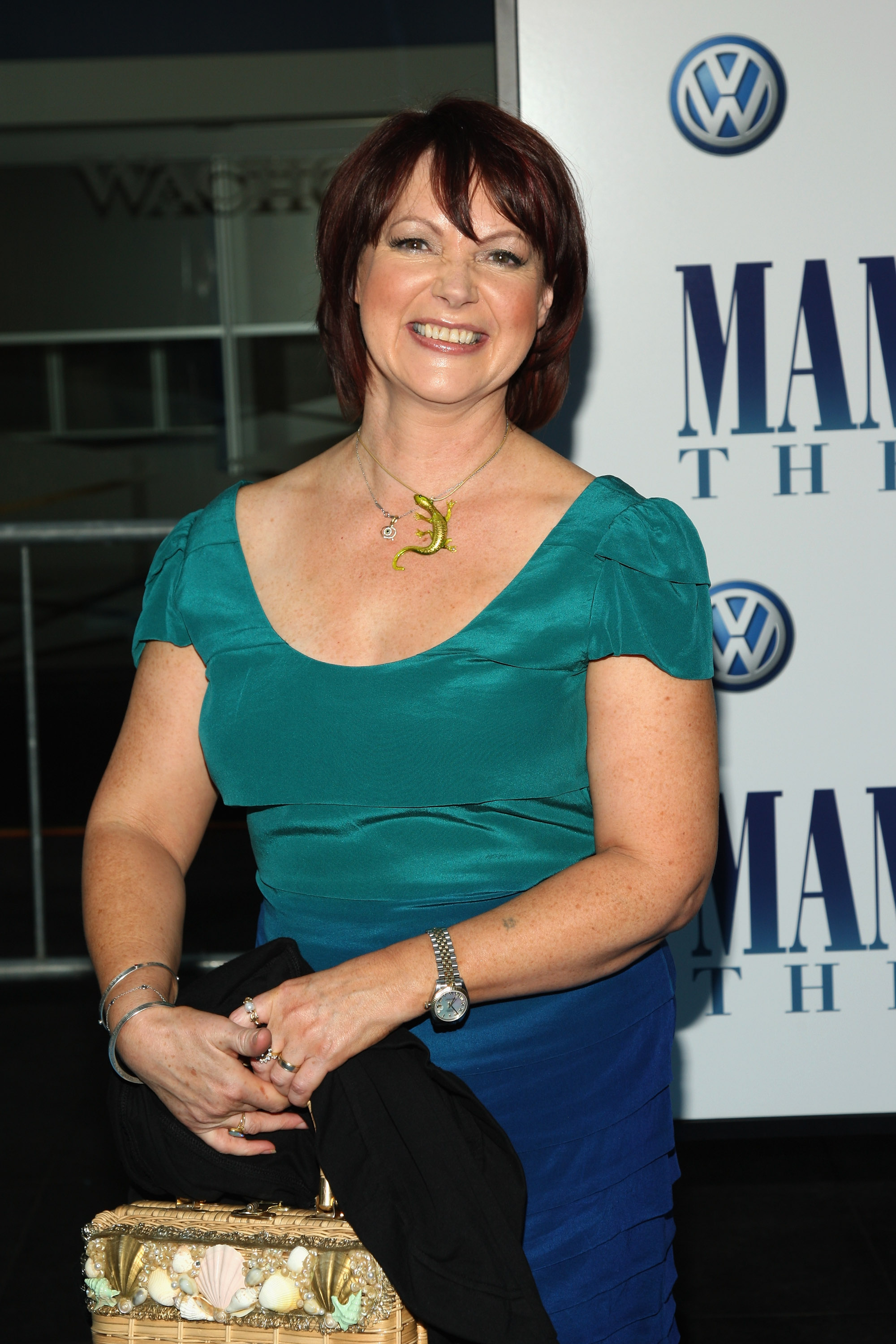 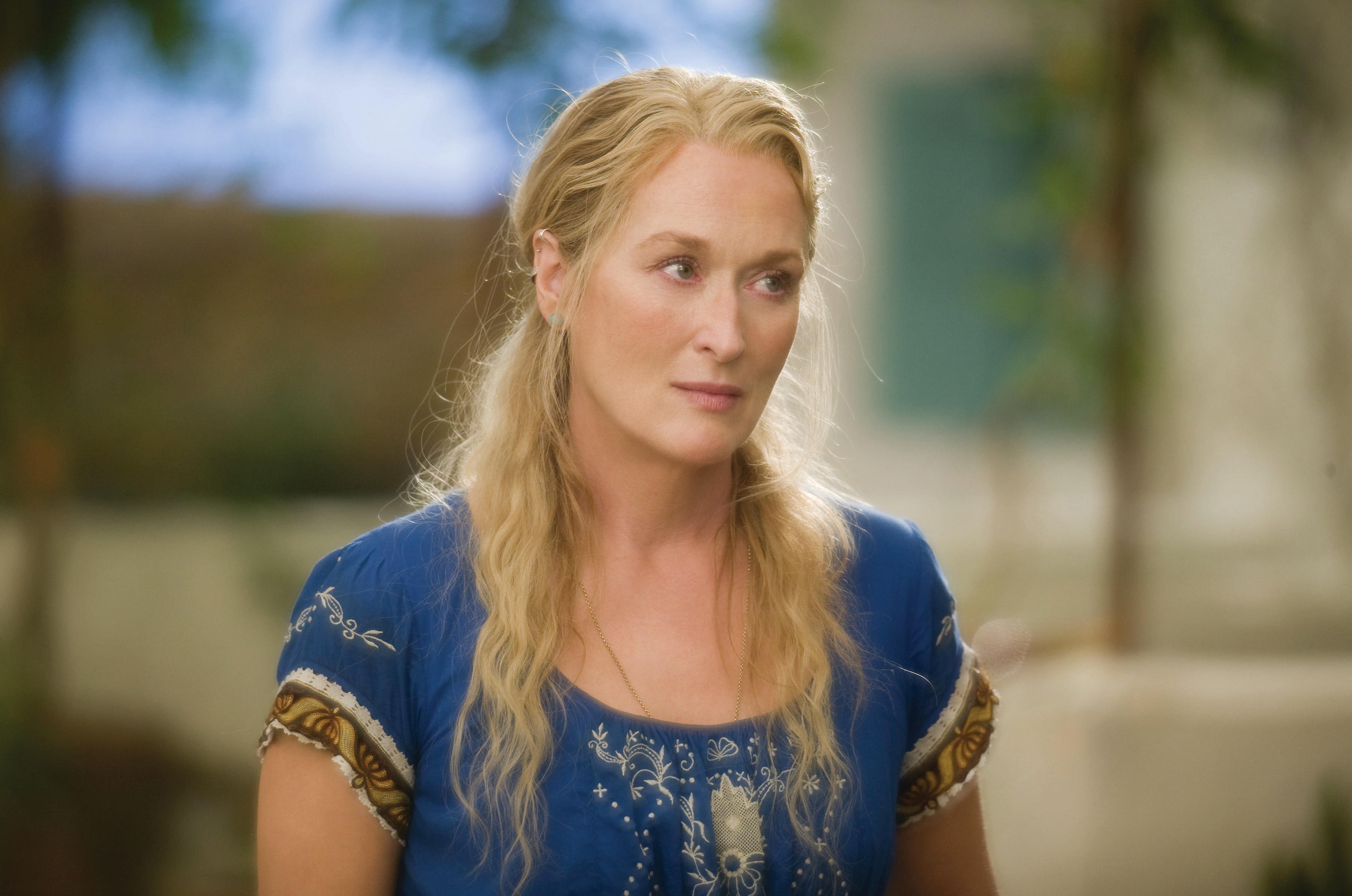 Ten years later the idea of a prequel was bandied around but Catherine chose to stay out of it.

But it’s not just the ABBA members who are laughing all the way to the bank with success of the show.

Catherine’s involvement as writer means she can now afford “three Deliveroo’s a day” if she wants to.

She smiles: “I suppose in the most obvious practical way it's given me security.

"I've gone from being somebody who was always scrabbling to meet the mortgage payments to somebody who can sit here and order Deliveroo three times a day if I want to.”

And even though she could rest on her laurels and retire, Catherine isn't willing to let those pop ear worms go.

There’s brand new ABBA music out next year and plenty of tracks which still haven’t been used in either of the films or the musical.

So could there be another ABBA musical?

With a glint in her eye, she says: “There are still plenty of songs that they haven't used cause I understand the sequel used a lot of songs that were in the original.

“There's a huge lot of brilliant songs still waiting to see some daylight. Maybe another musical with different characters, now that would be fun.”

1. 20 years since MAMMA MIA! opened in London’s West End
2. 50,000 professional theatre performances around the world
3. 8,396 performances in London
4. Over 9 million people have seen the London show, that’s almost the population of Sweden
5. 65 million people have seen MAMMA MIA! worldwide, that’s almost the population of the
UK
6. 50 productions in 16 different languages around the world
7. $4 billion gross generated at the Box Office
8. 450 cities around the world have hosted a production of MAMMA MIA!
9. 125 cast, crew, theatre FOH and orchestra members directly involved in every performance
10. The only West End musical created (Judy Craymer), written (Catherine Johnson) and directed
(Phyllida Lloyd) by women
11. 5 th longest running musical in West End History
12. 400m of Lycra is used to make the Super Trouper costumes worn by Donna, Rosie and Tanya
13. 750,000 rhinestones have been used on the MAMMA MIA! London Super Trouper costumes
since the show opened – if put end-to-end, they would reach almost 12km – the equivalent
to the height of 38 Shard’s or 89 London Eye’s and all sewn by hand
14. 72 principal costumes in the show – each of the principals has 3 understudies, making a total
of 288 principal and understudy costumes.
15. 390 ensemble and swing costumes
16. 3,120 items of clothing in the theatre at any given time
17. 8 wedding dresses in the theatre at any given time
18. 10 wigs in the theatre at any given time
19. 8th longest running musical on Broadway
20. 2 hit films produced by MAMMA MIA! creator Judy Craymer; MAMMA MIA! the Movie
became the highest grossing live action musical film of all time upon its release in 2008 and
10 years later MAMMA MIA! Here We Go Again was the most successful live musical movie
sequel of all time and the 2 nd highest grossing film of 2018 in the UK