The show stars Saturday Night Live standout Aidy Bryant and is an adaptation of Lindy West’s 2016 memoir Shrill: Notes From a Loud Woman. Bryant plays Annie, whom the Hulu show notes describe as “a fat young woman who wants to change her life—but not her body. Annie is trying to start her career while juggling bad boyfriends, a sick parent, and a perfectionist boss.” 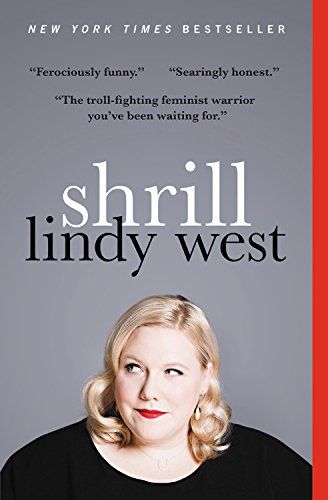 The trailer features a first look at the show’s cast of characters, including newcomer Lolly Adefope as Annie’s no-nonsense best friend and roommate, Luke Jones as the aforementioned bad boyfriend, and John Cameron Mitchell as Annie’s less-than-amused boss.

While this is the first official trailer for the upcoming series, Bryant previously uploaded some behind-the-scenes snapshots from production to her Instagram account. Back in August when the series first went into production, she shared a photo of herself grinning outside her trailer with the caption, “FIRST DAY.”

Bryant also gave a shout out to Adefope, writing, “GET READY TO LOVE @lollyadefope LIKE I DO. A BEAUTIFUL BABY WITH A HEART OF GOLD.”

Shrill‘s six-episode season is set to debut in its entirety on Hulu on March 15.