Series is created by Justin Haythe 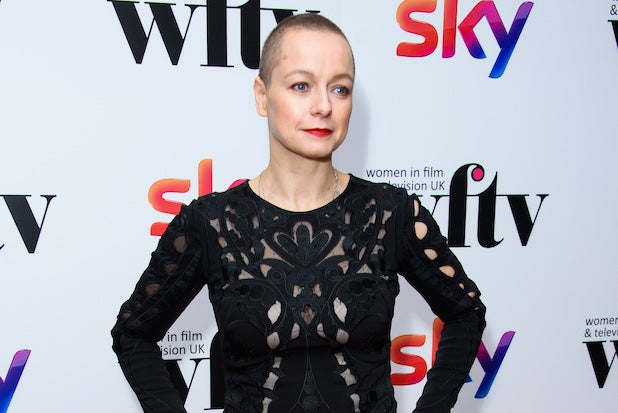 Samantha Morton, who plays the villainous Alpha on “The Walking Dead,” will star as the nefarious Catherine de Medici in Starz’s new series “The Serpent Queen,” the premium cable channel said Wednesday.

Based on the book “Catherine de Medici: Renaissance Queen of France by Leonie Frieda,” the eight-episode TV series
is “a cunning account of one of the most influential women ever to wear a crown,” per Starz. “Considered an immigrant, common and plain, Catherine de Medici is married into the 16th century French court as an orphaned teenager expected to bring a fortune in dowry and produce many heirs, only to discover that her husband is in love with an older woman, her dowry is unpaid and she’s unable to conceive. Yet, only with her intelligence and determination, she manages to keep her marriage alive and masters the bloodsport that is the monarchy better than anyone else, ruling France for 50 years.”

The drama series is produced for Starz by Lionsgate Television and 3 Arts Entertainment.

Along with her already iconic role as Alpha in AMC’s “The Walking Dead,” Morton is best known for starring in Woody Allen’s “Sweet and Lowdown,” Steven Spielberg’s “Minority Report,” and Jim Sheridan’s “In America,” as wlel as the Hulu series “Harlots.”

She has twice been nominated for an Academy Award, twice nominated for a BAFTA award, and in 2007 she received a Best Actress Golden Globe for her portrayal of notorious child-murderer Myra Hindley in the NBC/Channel 4 movie “Longford.”