The Walking Dead season nine saw a number of high-profile departures and fans have been yearning to see some of their favourite characters return to the AMC hit series.

The show’s Twitter account may now have given away a huge hint as to Maggie Rhee’s (played by Lauren Cohen) return.

The stars reunited at HollyCon in Tokyo and it seems The Walking Dead Twitter account could not wait to tease fans and captioned the tweet: “Squad up.”

The photo sent fans into meltdown as they begged her to return and speculated as to how she would return.

One fan tweeted: “Lauren Cohen is coming back?! Yesssss!! One of the legends return. Always been one of my favourites! Her acting is so believable and flawless.”

Another added: “Maggie will be at the new village with a whole new group of survivors.”

Whereas, another fan believed it confirms a season nine mystery: “Cool so that was Maggie’s voice on the radio.”

Season nine ended with Ezekiel and Judith Grimes (Cailey Fleming) speaking over the radio, which opens up the possibility of contacting people from different communities.

Showrunner Angela Kang confirmed to Entertainment Weekly that the radio will play an important role in season 10. 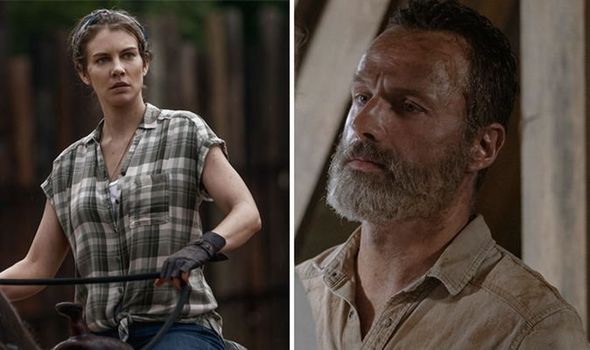 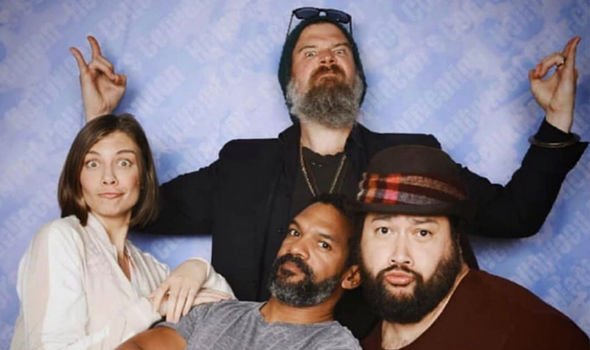 She said: “It’s looking ahead like the post-credits thing for a Marvel movie or something. But it’s definitely something that I’m sure people will speculate about.

“We welcome that speculation. It’s a story that we will tell in season 10, and the world of The Walking Dead, it keeps opening up, so who’s out there? What do they want? How will they interact?

“Whatever it is, it is something that will turn the story in hopefully a satisfying and interesting way.”

Could the fan theory be confirmed and Maggie returns over the radio?

Showrunner Angela also revealed this to Deadline about Maggie and fellow fan favourite Rick Grimes’s (Andrew Lincoln) possible return: “Obviously, the idea is that Rick and Maggie and all these people are alive in our universe. 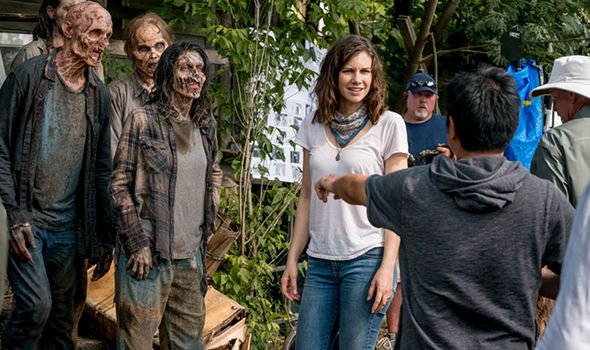 “Maggie is somebody we still hope will come back. We don’t know if, when that all happens and how, but the fact is the world is opening up a little bit in our show and people are far-flung.”

She has apparently joined Georgie (Jayne Atkinson) in another community away from Hilltop and her return has been left open.

Earlier this month the Maggie star teased her return: “I don’t ever feel like it’s [in the past]. It’s the weirdest thing and I would never know it until I was in this situation, [but] I think about Maggie all the time. She’s always, like, inside of me.

The question is whether her story will return in season 10, but the latest photo suggests she might be reunited with cast sooner rather than later.

The Walking Dead season 10 premieres on AMC and FOX in October 2019.