The Walking Dead season nine is set to conclude soon but there may be some terror in store for fans.

In a hint posted to social media, the AMC series has referenced another hugely popular fantasy series.

The show’s official Twitter account has posted a still from Game of Thrones which shows Walder Frey (David Bradley) in the Red Wedding episode.

The photo was captioned: “Just going to leave this here.”

It is still known as one of the programme’s most violent moments years on.

Subsequently, could an atrocity on a similar scale hit the leads of The Walking Dead?

It certainly looks as though the show could be hinting at some brutal scenes coming up.

The post comes just as the programme will air it’s penultimate episode this week.

Could the finale be a complete bloodbath?

Fans responded to the photo with messages of shock about what’s to come. 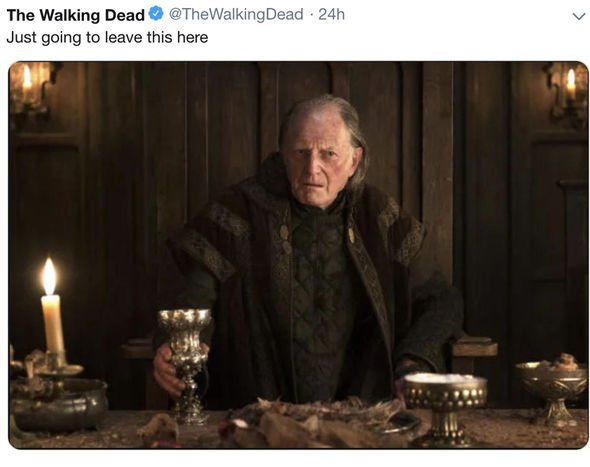 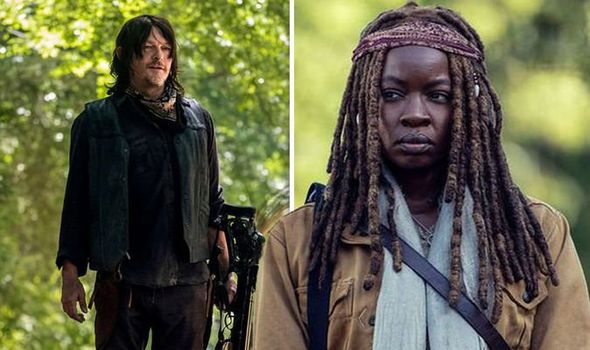 “This is a Game of Thrones ref and if it’s the scene I’m thinking of from GOT we need to be extremely worried,” one shared.

Another added: “Oh my… this will be quite the blood bath.”

A fourth declared: “Yikes!! That can’t be good!”

Season nine has seen the Whisperers, a group of survivors who disguise themselves as the undead, become a big threat for the protagonists.

However, the actress who plays Alpha, the leader of the group has hinted their villainous status may not be quite right. 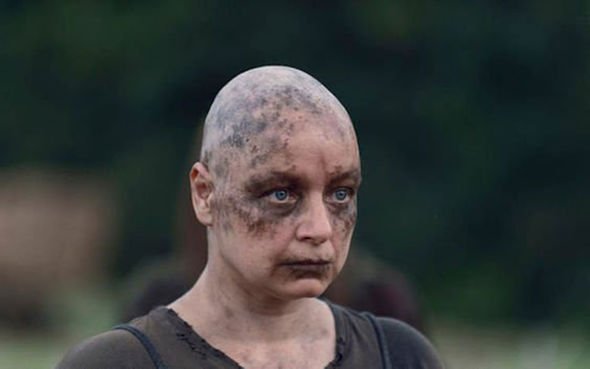 Samantha Morton told Metro.co.uk: “For me personally, I don’t see her as a villain.

“I see that I’m playing this woman. I see that everything she does comes from a place of sincerity and intent.

“Whether she’s mad or not. Whenever you look through history at people that do horrific things, they seemingly think they’re on the right side of God, or doing them for the right reason.

The Walking Dead season 9 continues Sunday on AMC and the following Monday at 9pm on Fox in the UK.