In addition to The Witcher’s stunning special effects and fantasy action, Netflix subscribers were enthralled by the flirtatious relationship between the first season’s central characters. After recent comments from the series’ showrunner it seems the romantic pairing could be doomed to fail.

Hot off the heels of Game of Thrones’ controversial conclusion, The Witcher brought the fantasy genre back to basics with a gripping collection of standalone tales.

The series follows the infamous Witcher Geralt of Rivia (played by Henry Cavill), a magically mutated bounty hunter who travels the ‘Continent’ to make a living slaying monsters.

During his journey, he eventually discovers his destiny is bound to the crown princess of Cintra Cirilla (Freya Allan), known as Ciri.

However, before the two meet, Geralt’s extended lifespan frequently interweaves with that of mysterious sorceress Yennefer of Vengerberg (Anya Chalotra). 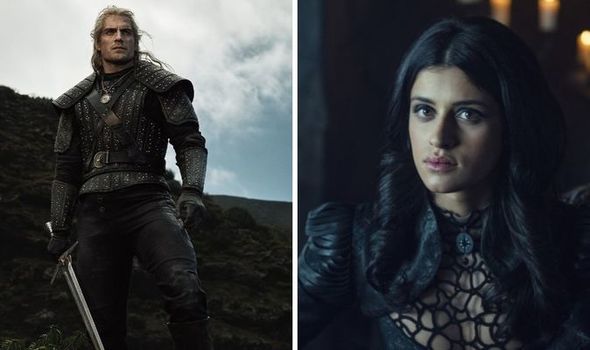 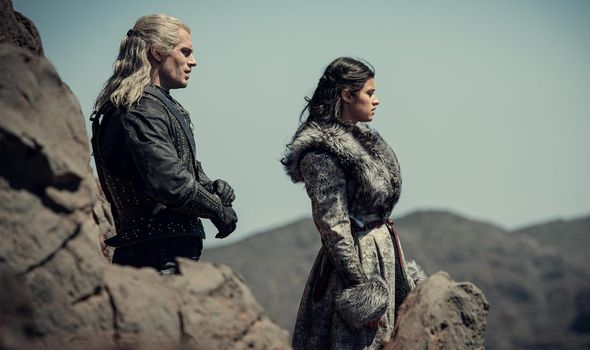 Across the first eight episodes, Geralt and Yennefer succumb to their romantic tension, though their longer life cycles prevent them from settling down.

Some fans have hoped their unconventional will-they-won’t-they relationship will be explored further as the series progresses.

Unfortunately, producer and showrunner for The Witcher Lauren Schmidt Hissrich sat down with 3rd & Fairfax: Writers Guild of America West podcast and confirmed the pair probably won’t be able to make their partnership official.

She said: “Time is a very different thing for [them], so [they’re] not going to go get married and settle down and have kids.” 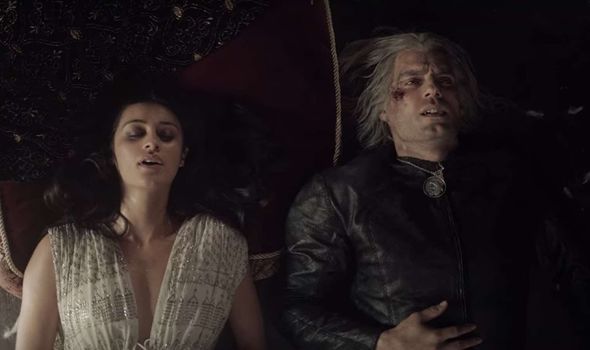 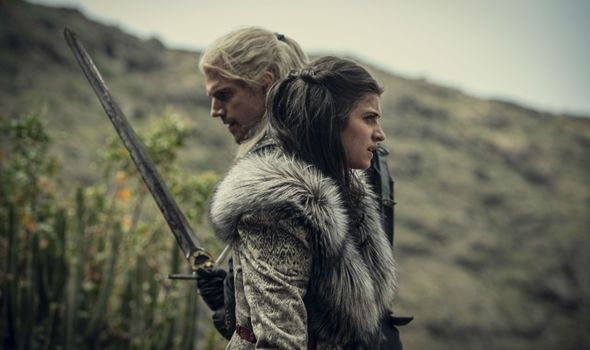 “They have short bursts of either sexual relationships or… flirtations that they may sort of come back and visit that person, but by the time they come back, that person could be dead.”

Adapted from two short story collections, The Last Wish and Sword of Destiny, by Andrzej Sapkowski, the first season proceeds the main series of fantasy novels.

Over the course of The Witcher’s first eight episodes, Geralt and Yennefer’s legends are explored across separate timelines which eventually converge by the first season’s conclusion.

The series’ unconventional timeline meant the characters had romantic encounters in one episode, only for the story to leap ahead and find them split up once again in the next chapter.

While the timeline is set to be simplified when the show starts adapting Sapkowski’s mainline series of novels, Hissrich had bad news for fans hoping for Geralt and Yennefer’s happy ending.

She continued: “What I like to imagine is that Yennefer and Geralt are both used to doing it one way; they’re both sort of perpetual bachelors.

“Geralt and Yennefer are really like pinballs off of each other in a way… Even in the books, I don’t know that there’s really a happily ever after for them. It’s such a sweet dream, but it’s so unrealistic.”

Finally, Hissrich added: “These people are never going to be sheep farmers and basket weavers. They both have this sort of desire to live on this edge of life and death.”

There may be more steamy encounters to come in season two, but viewers shouldn’t expect Geralt and Yennefer to settle down and start a family any time soon.

Production on season two was originally set to begin earlier this year, but was cut short as the coronavirus pandemic prevented film and TV production in London.

As well as the major television project for Netflix, The Witcher saga has also been adapted into a trilogy of popular video games for fans who are desperate to see how the series continues.

The Witcher season 1 is available to stream on Netflix.