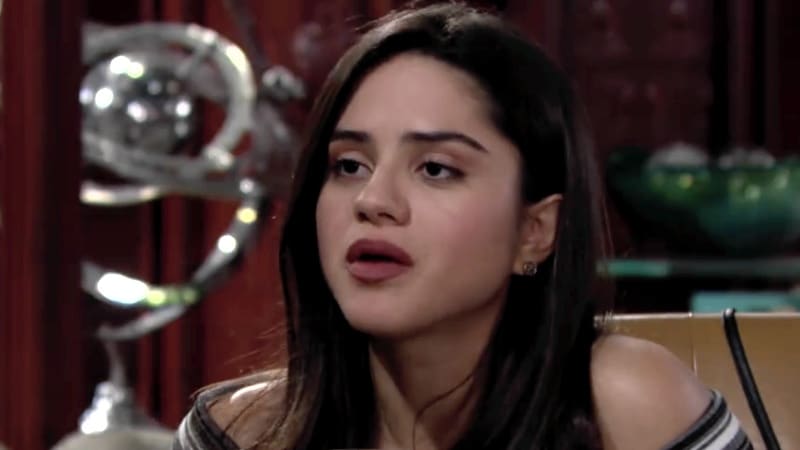 The Young and the Restless spoilers for next week’s episode of the CBS soap promise that a hot chick tries to heat up her lukewarm ex, while a Murder Posse vixen does the unthinkable!

Meanwhile, a power couple their hands full with not one but two explosive bombshells to defuse. Are they up to the task? Let’s dish the soapy details and find out!

We should have known that Summer’s (Hunter King) protests
that she’s a changed woman were a bunch of hot air. Next week she’ll try to
thaw the coldness emanating from Kyle (Michael Mealor) and it has a startling
effect on Lola (Sasha Calle). Is the foodie ready to lose her virginity in order
to keep her man?

Next week Summer has Kyle’s thermostat near 101 degrees as
she pulls out all the stops to get her Birthday Suit boy back!

Billy (Jason Thompson) is near a nervous breakdown over Katie’s
plight. This becomes a breaking point as he dwells on what happened to Delia. Victoria
(Amelia Heinle) is acting more and more like Victor every day, and the
contention comes to a head when she teams with Victor (Eric Braeden) instead of
Billy.

Meanwhile how close is Nikki (Melody Thomas Scott) to her
next drink after Katie disappears on her watch?

Is Genoa City ready for Mia (Noemi Gonzalez) and Abby
(Melissa Ordway) to be besties? The way Mia drooled over her sharp scissors
while thinking of Abs was downright scary. But, Mia may be evil enough to
blackmail Arturo (Jason Canela) in order to keep the blonde safe.

Explosive show spoilers reveal Friday’s Cliffhanger hinges
on someone who knows what happened to J.T. making what could be an epic reveal!

The Young and the
Restless airs weekdays during the day on CBS.