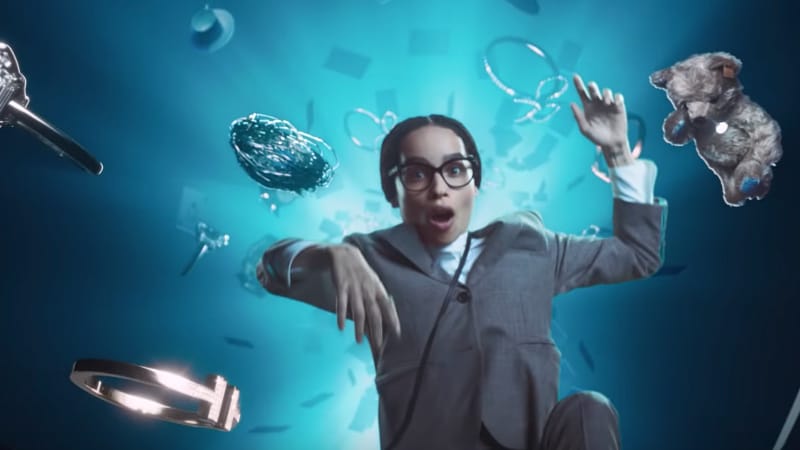 The 2018 holidays are here and the newest Tiffany & Co. commercial captures everything that’s magical about the holidays — along with some celebrity faces, creative imaginations, and some beautiful Tiffany jewelry.

In the commercial, Zoe Kravitz, the daughter of rock legend Lenny Kravitz, is busy designing some jewelry for Tiffany & Co. when a robot-like creature comes along and invites her into a vault where she goes behind the scenes of Tiffany & Co.’s creations.

There’s an element of Alice in Wonderland in the commercial with Zoe being Alice, meeting characters and seeing the amazing creations of Tiffany & Co., including necklaces and their iconic key pendants. She learns the amazing hidden magic behind Tiffany & Co. as she sees some famous faces.

In the commercial, you’ll find Karen Elson, Xiao Wen Ju and Maye Musk working in a magical workshop designing jewelry. You’ll also spot Naomi Campbell coming to a tea party, which again is a major nod to Alice in Wonderland.

The 2018 commercial for Tiffany & Co. is titled Believe In Dreams: A Tiffany Holiday, and the background song is Dream On by Aerosmith. It pushes a strong message about women in creative power, and supporting one another.

It was directed by Mark Romanek, the filmmaker behind dozens of famous music videos including Sandcastles from Beyonce’s Lemonade album, Johnny Cash’s Hurt, and Taylor Swift’s Shake It Off.

Watch Zoe Kravitz in the Tiffany & Co. commercial below!