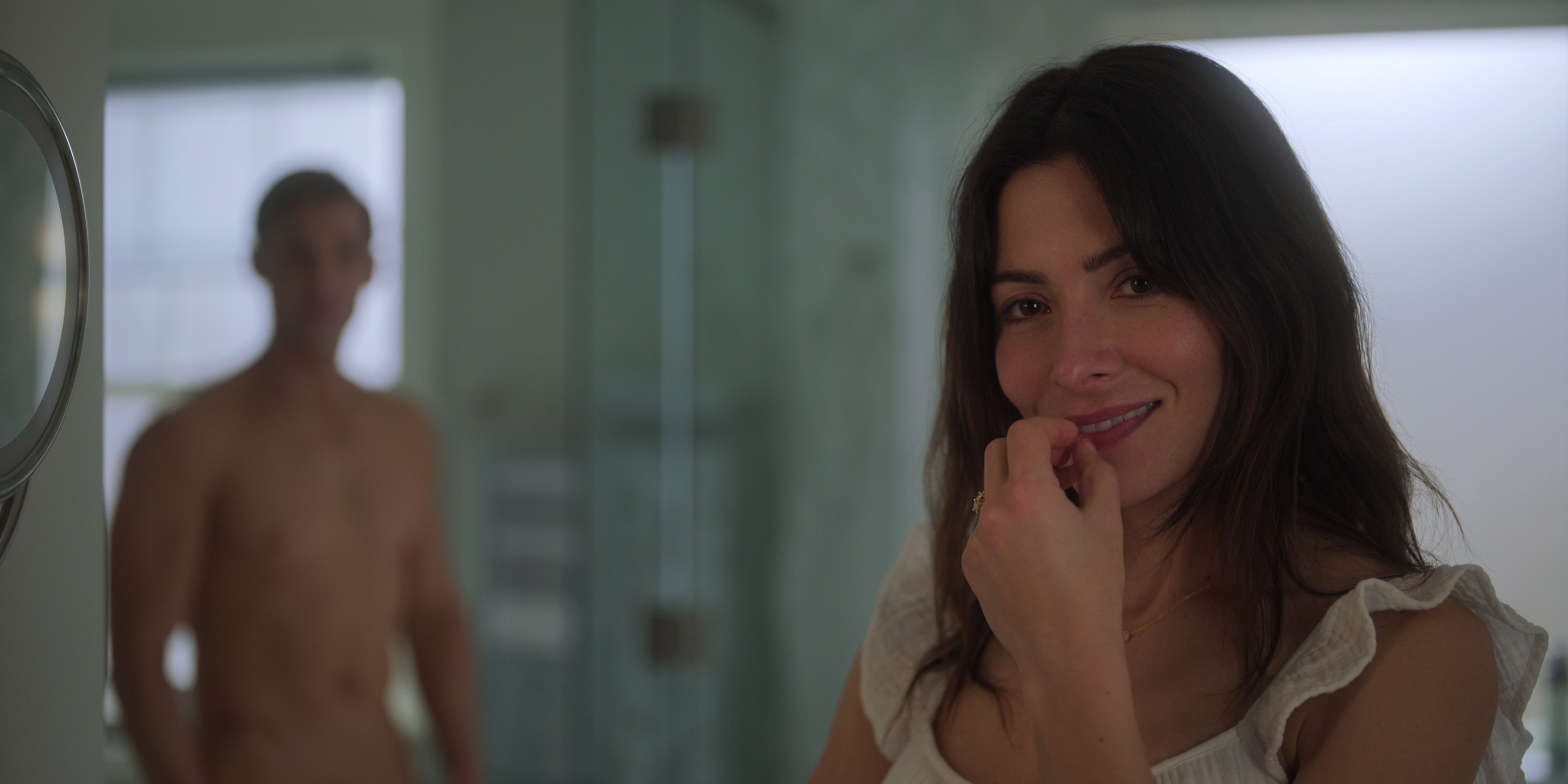 I’d heard it was big, but I didn’t think it’d be that big.

And suffice to say that come episode three, I finally saw what all the fuss is about. I mean I literally couldn’t miss it; it took up 95% of the screen.

Schlong story short, for those unaware: there’s a moment in which one of our tortured male leads, Cooper, follows his love rival Brad to the gym in the hopes of sizing up the competition.

Let’s just say that when they both hit the showers, he realises there’s… quite a lot to size up.

It’s a blink-and-you-miss-it full-frontal shot that has pretty much broken the internet, and I honestly don’t know how to (appropriately) describe it – except to say that it made every major orifice on my own body wince at the mere thought of the damage it could do.

But while Brad’s jaw-dropping (potentially jaw-breaking) penis has been dominating the discourse, it’s far from Sex/Life’s greatest asset.

But it’s not a complete write-off. And in fact, it does have one genuinely brilliant ace up its sleeve in the form of leading lady Sarah Shahi.

Playing frustrated housewife Billie, the former star of The L Word and Chicago Fire is a revelation; and pretty much ends up carrying the entire thing on her back.

She hasn’t had many opportunities to lead a series like this, and she gives it her absolute all; whether Billie’s caring for her kids, struggling with which man she wants, or having a difficult discussion with best friend Sasha in a station toilet while dealing with leaky lactating breasts.

In the first episode, she even just about manages to salvage a hideously on-the-nose speech about a butterfly that’s trapped in a jar and needs to fly away because it can’t breathe (DO YOU SEE?).

That she manages to take the better parts of the script and make Billie a convincing living, breathing human with clear motivations and rationales is quite something; especially given that the series generally spends far more time on its 4.2 billion sex scenes than it does on the creation of complex, three-dimensional characters.

As sex scenes go, they’re certainly done in the right way: it’s the woman’s pleasure that’s always the top priority, and the camera lingers on the male body for much longer than it does on theirs. I mean, we see Brad’s full-on penis, for crying out loud.

But the fact is that there’s so much sex and so much raunch that it often feels as though it’s coming (!) at the expense of a good story; and at the price of what is, potentially, a really rich premise about a woman who settles into suburban family life and yearns for the excitement of her past.

Thanks to Shahi, we at least have a believable protagonist; a frontwoman with real, tangible thoughts and feelings – even if I’m rooting for her to bin off both of the generic rich, white, beautiful men she’s torn between and start afresh somewhere else altogether.

If a second season is commissioned, she – and this show – just needs a cast of supporting characters who are easier to invest in. Regardless of how big their packages are.

MORE: I want Channel 4 to bring back Big Brother – it’s the only reason I’ll allow them to ditch The Circle

MORE: Lisa Kudrow has had the best career since Friends