NBC’s flagship drama This Is Us returned with a new episode Tuesday after being sidelined three weeks because of Covid-related production delays and was welcomed as primetime’s top-rated show, drawing a 1.0 rating and 4.99 million viewers. CBS won the night overall in both metrics meanwhile on a rare night these days of almost all original fare.

NBC was second in the demo overall with This Is Us bookended by Zoey’s Extraordinary Playlist (0.4, 2.13M) and Nurses (0.3, 1.92M), both even with last week. This Is Us’ last original episode was January 12; it was up a tenth from that episode last night. 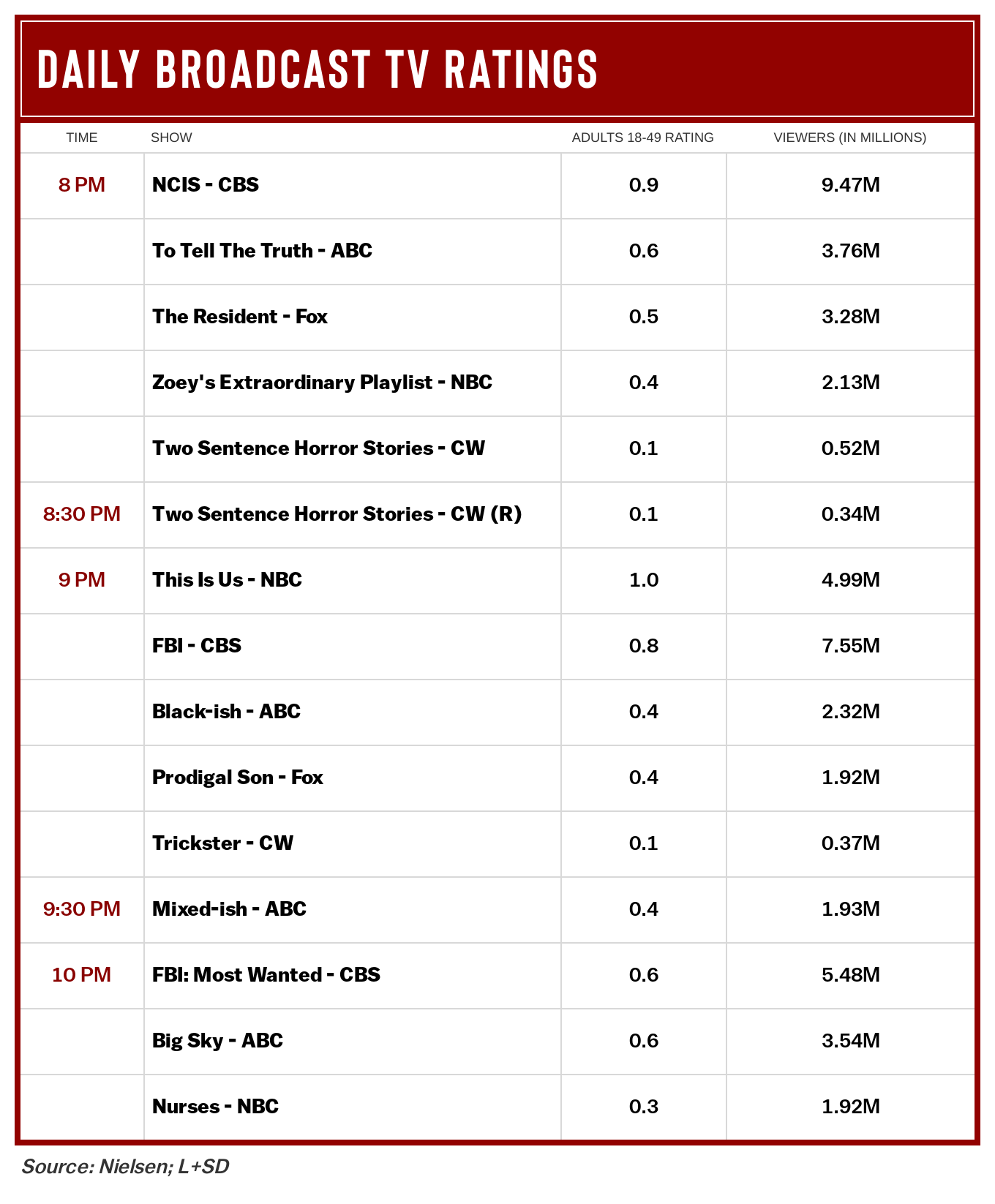