Dr Mosley is no stranger to hitting headlines for his views on healthy lifestyles and diet techniques. On Friday, he joined This Morning’s Alison and Dermot to discuss “rapid weight loss” diets and how he was a “fan” of the lifestyle change which can see people consume as few as 800 calories a day. However, the show has been criticised by ITV viewers who’ve complained to Ofcom for seemingly promoting the rather extreme diet technique.

On the show, both Alison and Dermot were blown away by Dr Mosley’s claims as he showed them what a typical day’s diet of 800 calories could consist of.

After admitting he was a fan of the approach once more, Dr Mosley said: “For breakfast, I’d go for eggs, perhaps.

The This Morning guest continued: “You can have them with a little bit of bacon or smoked salmon, that would add up to about 200 calories. 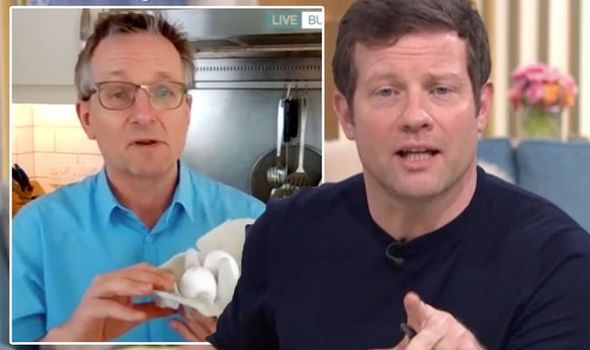 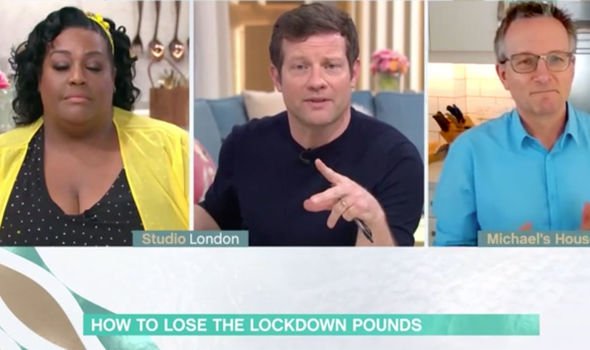 For lunch, Dr Mosley had prepared a bean and tomato soup to show the hosts.

“(It’s) really easy to make, lots of fibre, lots of protein. And this again is a couple of hundred calories.”

Dr Mosley’s final meal of the day was a tray of baked vegetables with a couple of bits of fish.

“Serve that up and that’s about 300 calories,” the medical expert added before Alison weighed in with a joke. 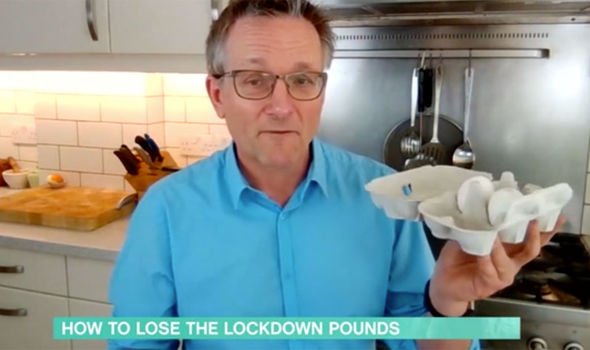 “Can’t wait to come to your house,” the This Morning presenter sarcastically chimed in.

Dermot was similarly taken aback by the lack of food as he asked: “Is that it? Can you snack on anything in the day?”

Dr Mosley replied: “You can obviously have plenty to drink as long as it doesn’t have any calories in it, so plenty of water.”

But the discussion has been branded as “irresponsible” by a number of viewers and Ofcom has now shared the news it received 1,932 complaints about the segment.

On the regulator’s site, it stated “the number of complaints received is not an indication of how serious an issue is”.

However, it added that all complaints would be “assessed against the Broadcasting Code”.

While Ofcom may have received the brunt of the complaints, several still took to social media on Friday to blast the weight loss advice.

“@thismorning are promoting 800-1000 calorie diets,” one fan began on Twitter.

“Appalled at how irresponsible @ITV have been and fear the consequences! A Registered Dietitian could have filled that segment to discuss healthy weight loss #TrustaDietitian.”

And a third echoed: “Dr Michael Mosley suggesting a diet of 800 calories a day for fast weight loss is appalling. Very disappointed with this being broadcasted and will only do more harm than good!”

This Morning continues weekdays at 10am on ITV.