THIS Morning fans have demanded that Eamonn Holmes and Ruth Langsford get their own show after being dropped from their presenting duties.

ITV fans have been left raging and have called for the telly couple to get their own show after being dropped. 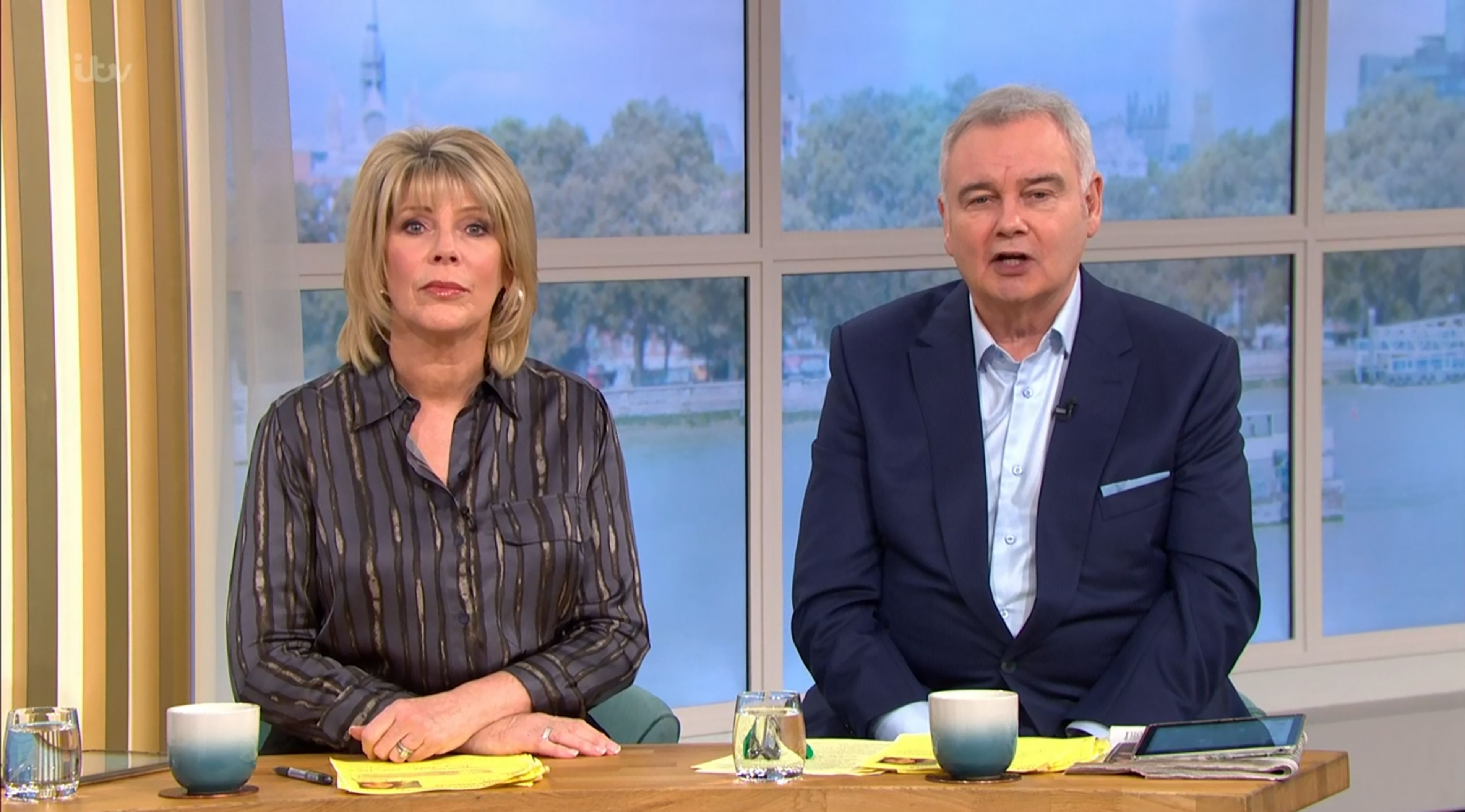 The long-serving TV duo are reportedly "furious and upset" after being dropped from This Morning after 14 years.

The fan favourites are being replaced by Alison Hammond and Dermot O'Leary in a major shake-up, with The Sun revealing in September that the couple feared getting the chop.

It looks like many fans feel the same way after some vowed to boycott the show over the shock decision.

One fan posted: "Ruth and Eamonn will be offered their own show I’m sure." 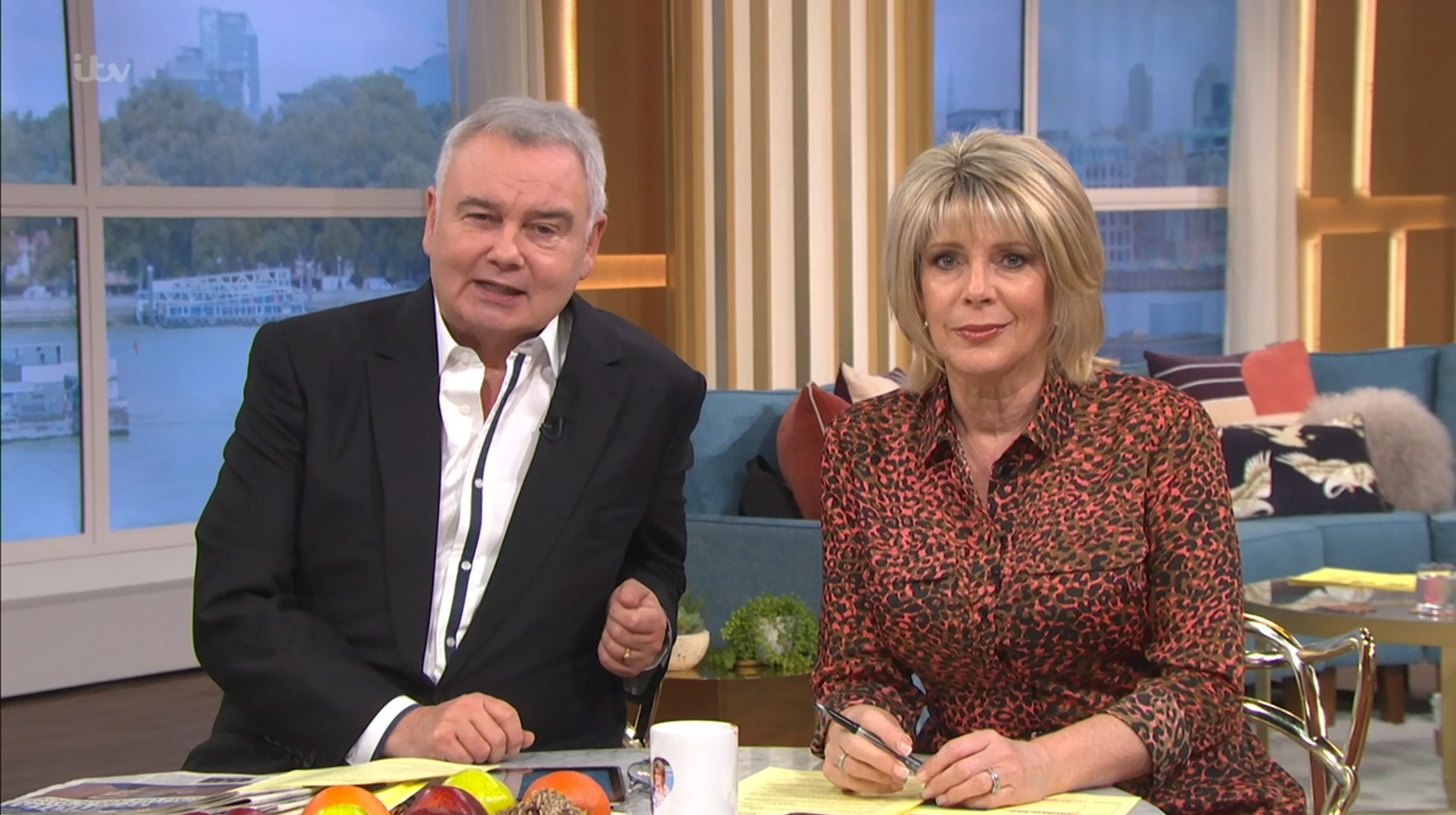 Another wrote: "Nothing against her personally but I find Alison Hammond so loud and brash I won’t be watching ….Eamonn and Ruth should have their own show love their banter and they are a breath of fresh air."

A third tweeted: "Morning Eamonn, if the story is true about This Morning dropping you & Ruth. May I just say it’s disgusting by them and I hope you two get your own show. Think a This Morning boycott is due."

Another distressed viewer added: "Tell me its not true, don't know if I'm angry or upset, no offence @AlisonHammond and @radioleary I like you guys and you've done a great job, but Ruth and eamonn your like a comfort blanket. You're just going to have to start your own show."

Another fan said she will be switching off after the devastating news, writing: "Well I certainly won’t be watching when Allison’s on. Poor Eamonn and Ruth, i love them presenting too! They should have their own show! Xx" 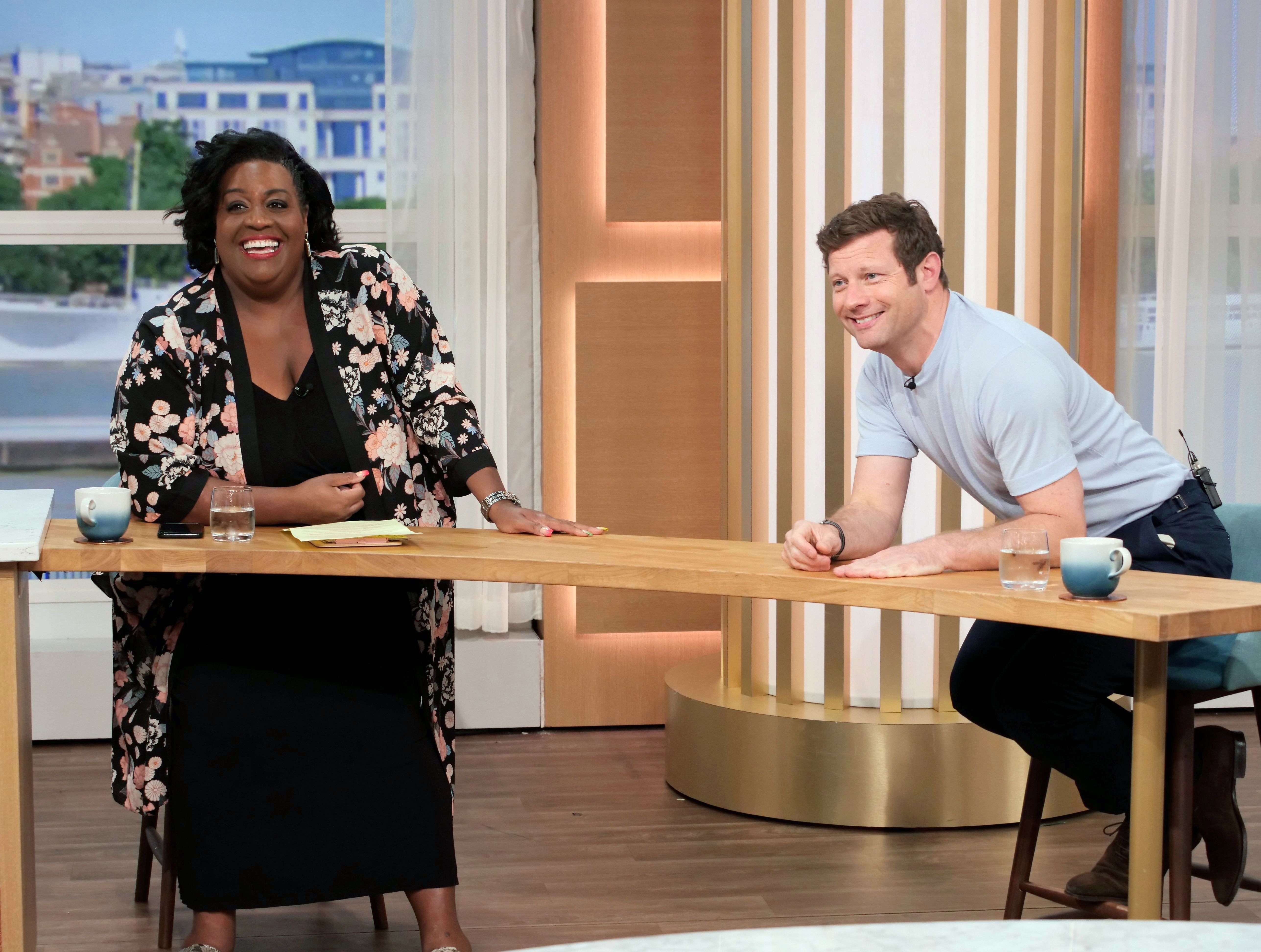 However, the popular pair will host the main show in the six-week summer holidays when Phillip Schofield and Holly Willoughby are away.

Alison and Dermott previously impressed bosses when they hosted the show together over the summer, with producers keen to add more diversity to their line-up.

An insider told The Mirror: "Eamonn is pretty furious and everyone feels for him and Ruth, they are well liked on the team, but sometimes tough decisions have to be made."

A TV insider previously told The Sun that Eamonn feared he was "too pale, stale and male" to remain a regular face on This Morning for much longer. 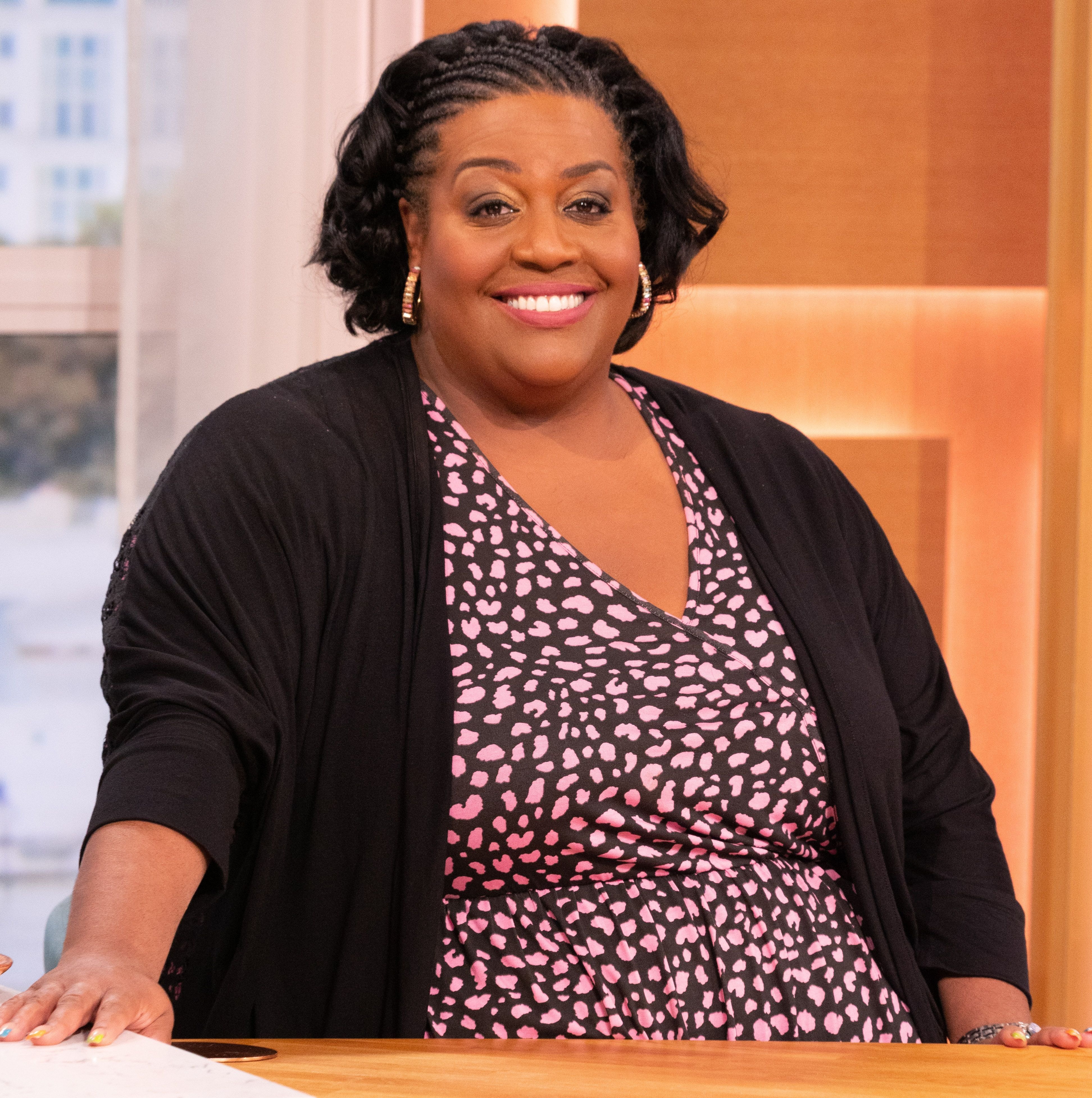 They explained: "Eamonn and Ruth are incredibly popular with viewers and loved across the board.

"No one wants to see them go. The shows execs have some very tricky decisions. Eamonn fears he is basically too ‘pale, stale and male’, and, at 60, perhaps not in line with the youth drive broadcasters are after.

"One possibility is to keep the couple on as regular holiday cover but lose their regular Friday slot."

News of the reshuffle comes after ITV chief Carolyn McCall sent an email outlining her accelerated diversity and inclusion plan. 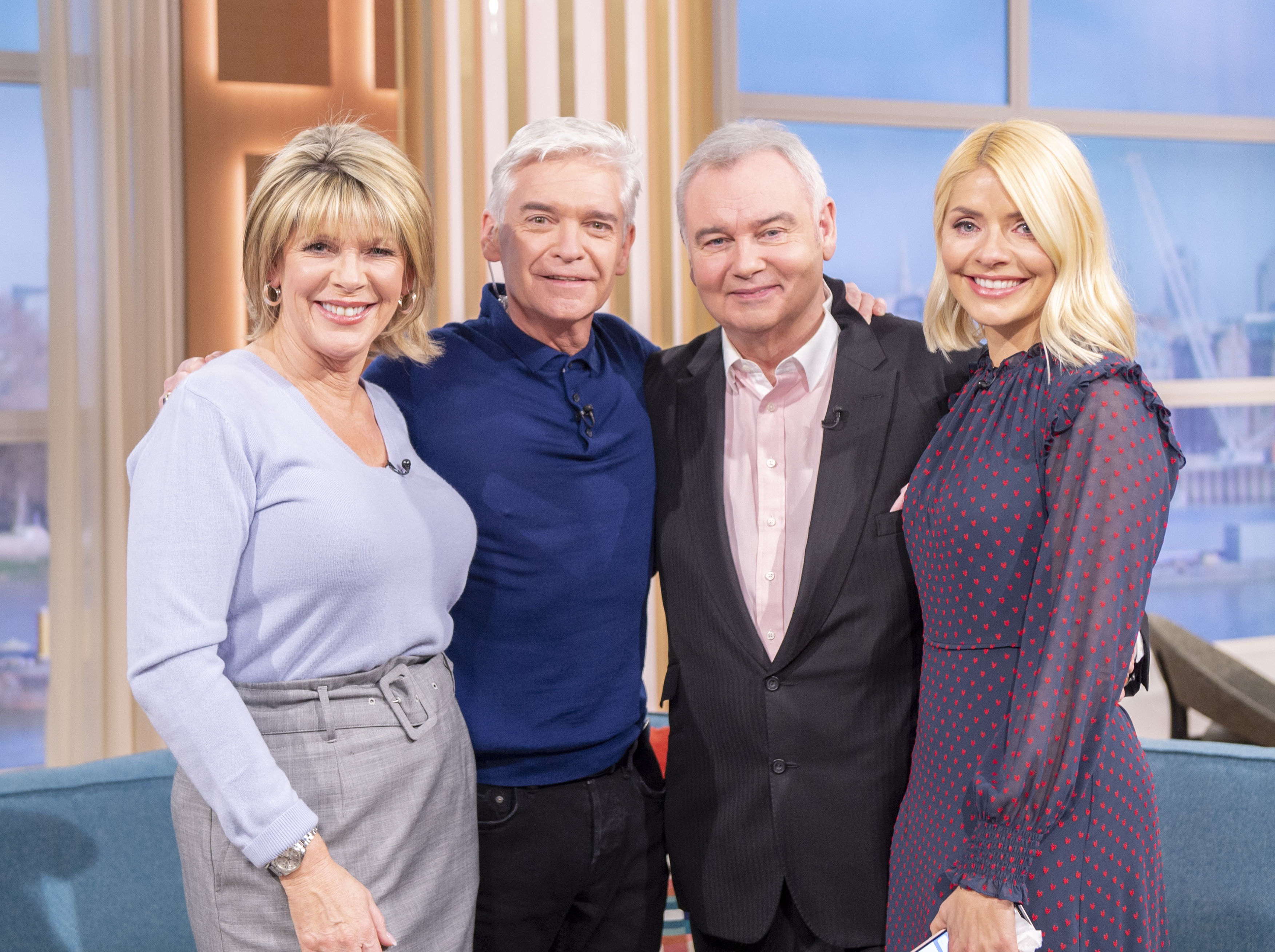 Network insiders were worried about a repeat of “Sue Barker-gate” after the former tennis champ, 64, lost her job fronting Question Of Sport for the BBC.

One said: “It’ll look terrible if they give Ruth and Eamonn the boot.

“Many of our viewers are older or retired, and rely on them to provide some cheer of a morning.”